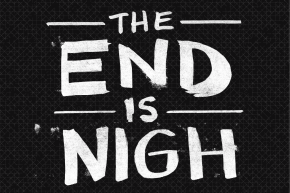 The Rapture Index: One Man’s 28-Year Quest To Forecast The Apocalypse
By Jennings Brown

The Rapture Index: One Man’s 28-Year Quest To Forecast The Apocalypse

According to Todd Strandberg, we've been on a crash course with Armageddon for seven years 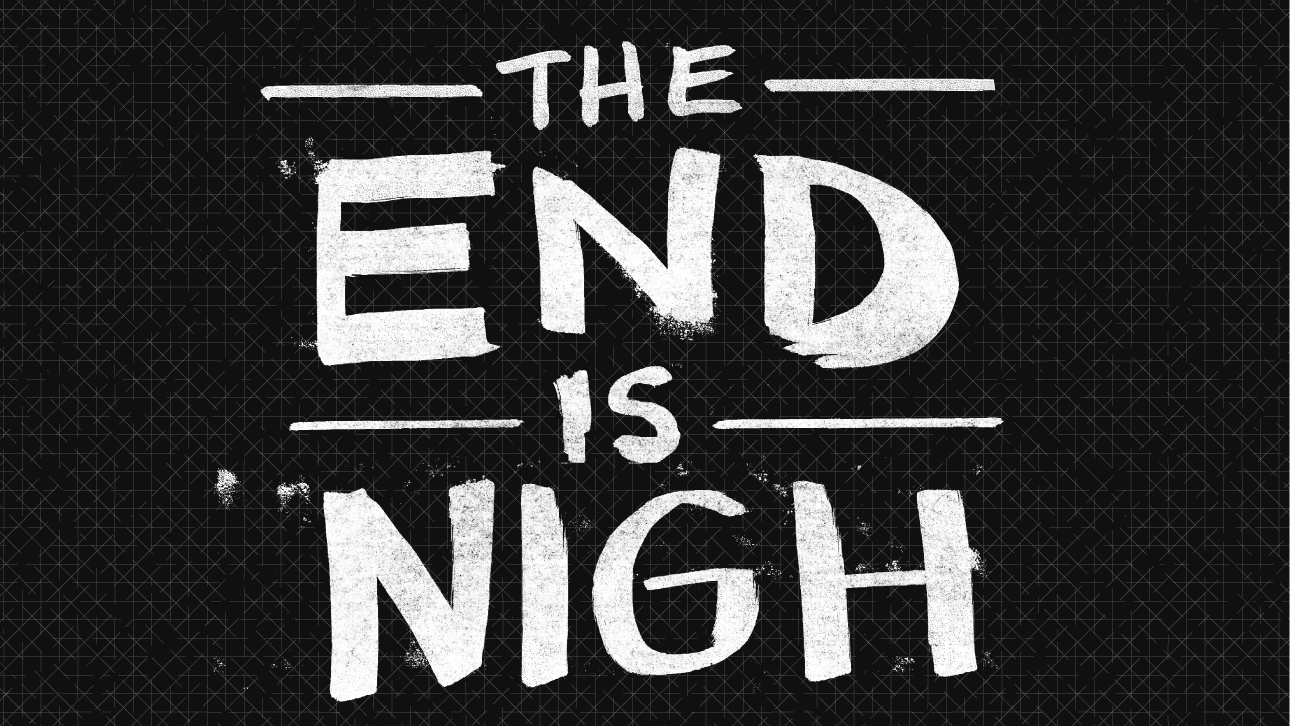 Every day Todd Strandberg wakes up and scans the news for omens of the apocalypse. First, he checks the stock market and the price of oil for unusual activity. Then he checks news sites for an uptick in reports of terrorism, drug legalization, nuclear arms proliferation, UFO sightings, exorcisms, false prophets and signs of the Antichrist. Based on these stories, he puts together a statistical chart, known as The Rapture Index, so that hundreds of thousands of his followers can see exactly how close we are to the “end times.” And he’s been doing this, daily, for the last 28 years.

Strandberg has no job, no significant other, and no hobbies aside from collecting chemical elements and the occasional game of Ms. Pac-Man. He spends the vast majority of his waking hours studying the connection between current events and the prophetic scriptures in the Bible—two circles in a Venn diagram that overlap more with each passing year. If his Rapture Index is correct, then the four horseman are saddling up.

Strandberg began compiling The Rapture Index shortly after he became a Christian. He owes his faith largely to Hal Lindsey’s book “The Late, Great Planet Earth,” the highest-selling non-fiction biblical prophesy book in history. The book was adapted into an Orson Welles-narrated film and followed by several sequels, including “Satan is Alive and Well on Planet Earth” and “The 1980s: Countdown to Armageddon,” both of which Lindsey wrote alone.

For those uninitiated and, thus, destined to be left behind, these are the rough basics of Christian doomsday prophecy: The Tribulation (aka the apocalypse) is the period of mayhem and judgment that surrounds the Second Coming of Christ. The Rapture is a point in the Tribulation (possibly at the beginning) when all true Christians are beamed to Heaven, leaving the unfaithful to deal with the Antichrist and, if they fail to covert to Christianity, be thrown into a lake of fire. If you believe all this, you’re far from alone—a Gallup poll from 2010 showed that 41 percent of Americans think Jesus Christ will return from Heaven by 2050.

Lindsey’s teachings kickstarted the modern age of Tribulation prophetic interpretation, based on the idea that recent historic developments like the creation of Israel, growth of the second Roman Empire (the European Union) and the global threat of radical Islam are major precursors to the Tribulation as foretold in the Bible. Lindsey inspired thousands of Rapture prosthelytizers who study apocalyptic activity. But no evangelical on this doomed planet has followed our collective path to the end nearly as thoroughly or obsessively as Strandberg.

In 1987, shortly after he found God, Strandberg found a computer—specifically a Franklin Ace Apple II clone. One of Strandberg’s first projects on the machine was a list of 45 prophetic topics, including false Christs, financial unrest, arms proliferation, liberalism, the mark of the beast, volcanoes, plagues and floods. He then assigned scores of one through five to each category based on his own determination of how much activity there is based on news coverage. All the scores from each of the categories were then added together: The resulting number was The Rapture Index.

“The Rapture Index is a Dow Jones of end-time activity,” Strandberg told Vocativ. “Jesus said you will know the general time, but you won’t know the exact time of his return. But you’ll see these signs of the time as being an indicator of how close you are. So I thought, well the best way to do that would be a Dow Jones-kind of comparison, because as it gets higher and higher, [the Rapture] becomes more likely.”

The Rapture Index began as personal hobby, but once he discovered the internet around 1990, Strandberg started sharing his work on online bulletin boards, creating what is likely one of the world’s longest-running online ministries.

In the early days of The Rapture Index, scores generally ranged between 90 and 160. There was a spike of 164, during the Gulf War, and a lull at the beginning of the Clinton Administration. The least Rapturous day in recent history was December 12, 1993, when the Index reached an all-time low of 58. Strandberg still marvels at that day, when all rapturous activity seemed to shut down. “I’m glad it hasn’t happened since and I think it won’t until the Rapture occurs,” Strandberg said. “Because if we’re this close to [the Rapture], it means the Index is going to stay very active.”

The most recent update of The Rapture Index

Aside from a brief drop following a 9/11-induced spike, we’ve been on a continuous crash course for Armageddon since 2009. Strandberg breaks the scores into four levels: slow prophetic activity (100 and below), moderate prophetic activity (100-130), heavy prophetic activity (130-160) and “fasten your seat belts” (160 and above). According to his calculations, the scores have remained fully within fasten-your-sea-belt territory for about seven years. We achieved peak Rapture on August 8, 2011, largely because of a major earthquake in Japan, an increase in UFO sightings, loosening marijuana laws and the European debt crisis. The Index has gone down since then, but only slightly. These days, the scores consistently hover around an alarming 180.

Strandberg doesn’t keep a record of each day’s Index, aside from the highs and lows. “I decided not to save it because I didn’t want it to become a thing unto itself,” Strandberg says. “The most important thing is the here and now.”

But Vocativ was interested in more than just the here and now, so we found past scores by searching The Rapture Index on the Internet Archive’s Wayback Machine—an investigation that Strandberg welcomed.

Strandberg’s Index is just the centerpiece of a larger ministry enterprise, RaptureReady.com. The site includes about 30 thousand articles and receives monthly contributions from around one hundred writers. Thanks to an abundance of content and Strandberg’s unique quantification of prophecy fulfillment, the site gets about about 300 thousand visitors and 24 million page views each month, according to Strandberg. “I remember at one time Hal Lindsey’s site was ahead of us, but we’ve been the number-one site in prophecy for the better part of eight years,” Strandberg says.

Strandberg doesn’t work on the site alone. His best friend and neighbor Terry James handles the editorial side of the operation. The two met in the late ’90s at a Tribulation conference in Dallas organized by Tim LaHaye, co-author of the “Left Behind” book series. They kept in touch and James started writing for Rapture Ready around 1998. James began his writing career in 1993 after going blind and leaving his job in public relations. He has since written 27 books with the aid of a computer program for the visually impaired, which reads back everything he writes. He is most excited about a book set to publish this summer, “Rapture Ready… Or Not: 15 Reasons Why This Is The Generation That Will Be Left Behind.” But nothing comes close to his pride for Strandberg, whom he views like a son.

“Todd is a genius, a cyberspace genius, in my opinion,” James told Vocativ. “I tell him all the time. I say, ‘You’re really odd, Todd.’ He has a unique mind. He’s like a robot … Don’t ever think he’s not a brilliant guy, because he has an astronomical IQ, but sometimes he has a problem expressing himself without stammering a lot, so you’ll have to read between the lines.”

Conversing with Strandberg does prove difficult. When he gets excited discussing a topic he’s interested in—like computers, God or finances—he abandons syntax altogether. A conversation about his early days on the internet is about as difficult to follow as the family trees of Genesis. But it’s also one of the most exciting and robust sides of his existence. Strandberg’s digital legacy is a sprawling testament of a one-track devotion to God that would put many monks to shame.

Strandberg at Offutt Air Force Base

The story of his offline life, on the other hand, could fit into a psalm. As a young man, he worked at a slaughterhouse in his hometown in Storm Lake, Iowa. That miserable experience made him realize he didn’t want to be stuck in a small farm town, so he enlisted in the Air Force. Uncle Sam stationed him at the Offutt Base in Bellevue, Nebraska, 130 miles south of Storm Lake. Aside from a few deployments, namely a tour of duty in Iceland, he spent the entirety of his career in the Cornhusker state, handling supplies during working hours and studying biblical prophecy and news in his off-time. After 20 years—long enough to earn a pension—he retired and moved into a ranch house in Benton, Arkansas, right across the street from his Rapture Ready partner, Terry James.

The End Is Near

Strandberg has freed himself of any complications that could interfere with his mission. He usually wears one of his dozens of American flag-themed T-shirts and he’s had the same double-bridged, square aviator glasses for decades. He avoids traveling because few hotels have a strong enough Wi-Fi connection to allow him to update the site. He spends most of each day in front of one of the five computers scattered around his house, constantly referencing the prophetic scriptures that are taped on his walls. “I live a very simple life. I go talk to Terry. What I do with the site, well, the other stuff I do I just doesn’t seem as important,” Strandberg says “People ask if it’s lonely. They say, ‘Aren’t you married?’ I say, ‘No, this is just the way I am.’ I look at celebrities like Paris Hilton and Justin Bieber. They’ve accomplished a great deal, but that seems like a very superficial existence.”

Strandberg is 50 and his health isn’t perfect. He recently underwent a quintuple bypass, but he isn’t too concerned, because he believes the Rapture will happen in his lifetime. “Whether it’s a couple years or five years, I can wait out that time,” he said.

In the meantime, he doesn’t think The Rapture Index will get much higher before the Tribulation begins. Several of the categories, like Antichrist and the Tribulation Temple aren’t supposed to be fully active until after the the final party starts. At the climax of Armageddon, the Index should reach its highest possible score of 225. When that happens, Strandberg thinks his site will become one of the most popular resources on the internet.

That’s his master plan, at least. But by then, he will have left this world behind.