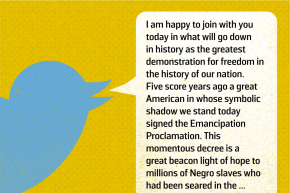 Imagining Twitter With A 10,000-Character Limit
By Allee Manning 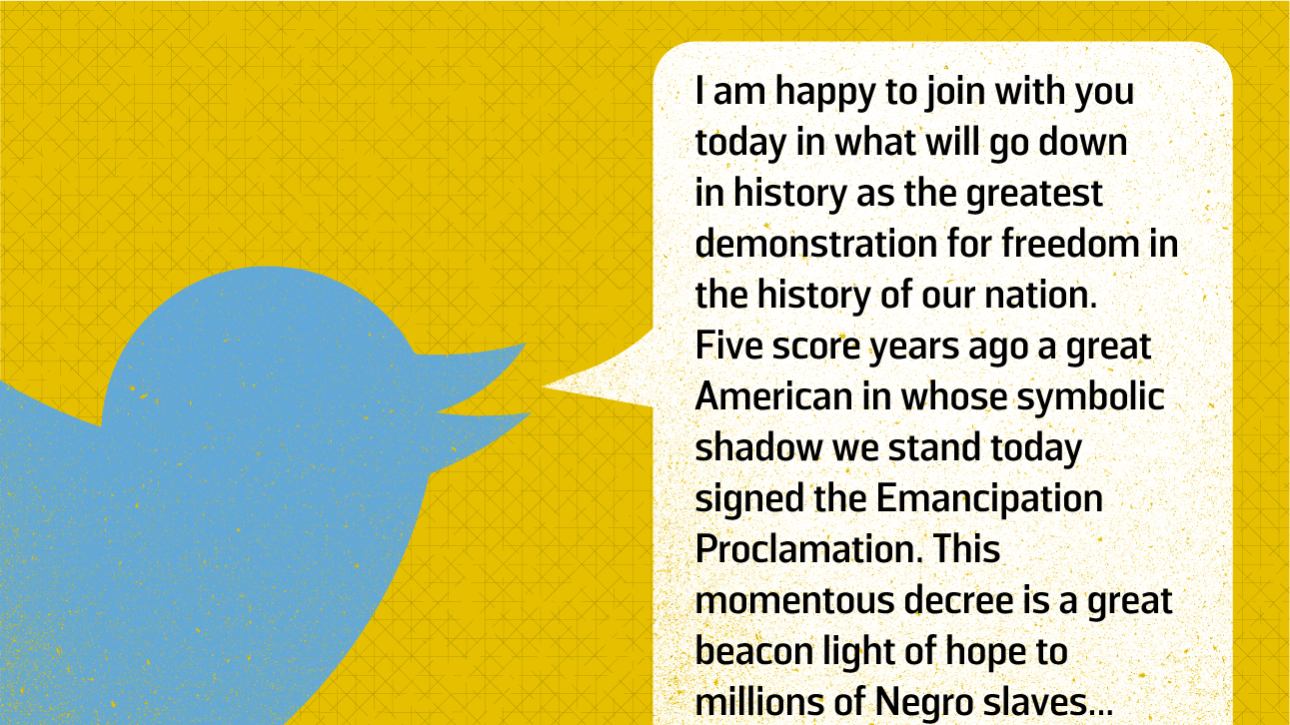 The short-form Internet has been losing its collective mind since the Wall Street Journal reported Twitter’s plans to extend its 140-character limit seventyfold—to 10,000. And reasonably so—the mandatory brevity Twitter imposes on users is seen by many as the essence of its quick-and-dirty format. The 140-character limit  was a legacy of SMS text messaging constraints (a reminder that the platform is a decade old), but it has since taught us that sometimes less is more. It gave birth to the notorious tweetstorm, and made for convenient mobile consumption. And some of the most powerful, long-lived tweets have been no more than two words.

Twitter CEO Jack Dorsey explained the thought process behind the swirling rumors by (of course) tweeting a photo of a 1,322-character message on Monday. TL;DR—he said that while he loved the “beautiful constraint” that is the 140-character limit, Twitter has the potential for greater “utility and power.” Still, not everyone is convinced:

With constraints came creativity. The 140-character limit led to projects like James Davenport’s “Mock Twain,” which used Python code to publish “The Adventures of Tom Sawyer” tweet by tweet over the course of a year. A Vocativ analysis found that Twain’s parallel classic “The Adventures of Huckleberry Finn” could be tweeted out in as few as 56 individual tweets with the new character limit.

Imagine a world in which Martin Luther King Jr. could have given his historic address with the single push of a button. Or—considering the fact that with great power comes great responsibility—you could tweet out all of E.L. James’ infamous novel in a tweetstorm of 82 tweets (rather than about 5,830). Or perhaps even worse still…

Dear @jack. Imagine what @realDonaldTrump will do with 10,000 characters.