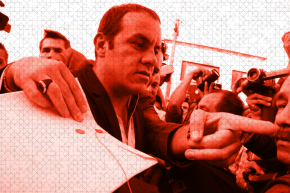 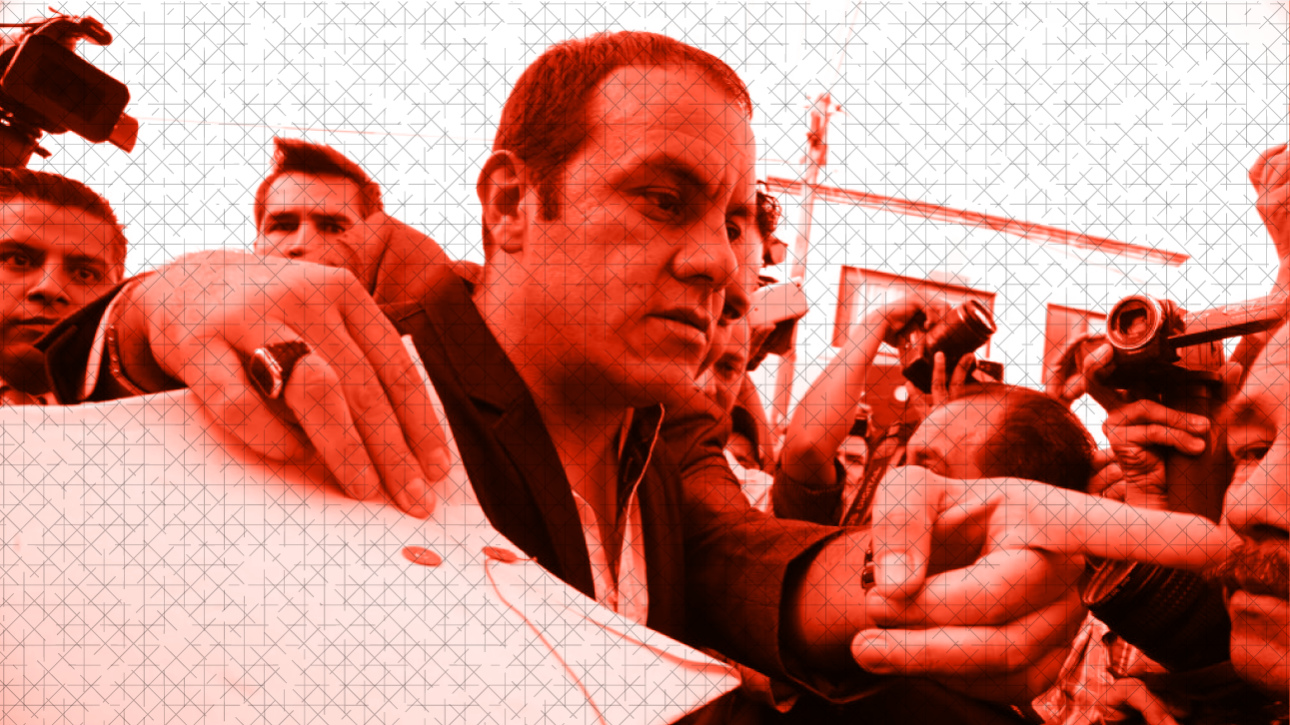 Retired Mexican soccer legend Cuauhtemoc Blanco’s political career is off to a bizarre and possibly dangerous start. Blanco, a member of the leftist Social Democratic Party of Mexico, was elected the mayor of the city of Cuernavaca in June 2015 after a hotly contested election against incumbent Maricela Velasquez. From there, matters only got more heated as the ongoing drug cartel-driven violence in Mexico made itself known in the Mexican state of Morelos, the capital of which is Cuernavaca.

Just three days after Blanco took office on December 30, 2015, the new mayor of Temixco, Gisela Raquel Mota Ocampo, was assassinated in her own home by members of Los Rojos, a faction of the Gulf Cartel. Mota won the mayorship of Temixco on a platform that emphasized taking on the cartels and local corruption. Temixco is just 3.7 miles away from Cuernavaca and is part of Morelos, which is currently ranked the fourth most dangerous dangerous state in all of Mexico.

Blanco met with Graco Ramírez, the governor of Morelos, shortly after Mota’s death to discuss Mando Unico, a policy directive of the Mexican federal government in 2015 that calls on the country’s municipalities to accept assistance from the military and federal police in combating the corruption common throughout Mexican law enforcement—there are even reports that local police were tipped off prior to Mota’s assassination.

Mando Unico went into effect on January 4, 2016 in 15 municipalities out of a total of 33, including Cuernavaca.

Blanco has refused to support Mando Unico on the basis that the citizens of Cuernavaca do not want state police in their municipality. He’s even described the policy as a “coup” on the part of the state. Mota was a supporter of Mando Unico and Ramirez believes that is part of the reason why she was targeted for assassination.

After the meeting between Ramirez and Blanco, Ramirez said via Twitter that the meeting was “difficult” and he believes Blanco is being targeted by groups seeking to take advantage of his political inexperience. Ramirez also alleged that, during the meeting, Blanco said he would “break the mother” of anyone who stood in his way.

In response, Blanco addressed Ramirez in a press conference, saying “If something happens to me or the people who are behind me, and [sic] my family, it’s on you.” (He also reiterated his stance on Twitter.)

The back-and-forth between the two politicians escalated further when Ramirez publicly accused Blanco—a beloved sporting figure in Mexico—of having ties to the cartel Guerreros Unidos. This allegation is based on Ramirez’s belief that Blanco is friendly with Federico Figueroa—the brother of deceased Mexican singer-songwriter Joan Sebastian—who Ramirez has long accused of being associated with organized crime. Figueroa has publicly denied the accusations saying, “It’s a huge lie, just like everything else [Ramirez] says.”

Further, Ramírez alleges that Blanco’s refusal to accept a mandated security detail suggests that the retired soccer star has the support of organized crime and is thus corrupt. According to TeleSurTV, almost 100 Mexican mayors have been targeted for assassination since 2006, which makes Blanco’s refusal to accept a security detail seem all the more unusual.

Blanco has clashed with the governor before, but the present state of affairs between the two has become a major issue in Mexican media. Local newspaper La Union de Morelos joined the fray with an editorial on January 4 that argued Mota’s assassination is being used to impose the Mando Unico on Cuernavaca. The piece all but accused Ramírez by name and is titled “Oportunismo” (Opportunism). The following day, January 5, 11 mayors met with Morelos’ Secretary of State to discuss Mando Unico and the broader issue of organized crime.

Blanco was among those absent from the meeting.

It remains an open question as to whether Blanco is the corrupt rube that Ramirez paints him to be or a staunch outsider serving the best interests of those who put him in office, political consequences be damned. Either way, his already tumultuous political career demonstrates that not even the goodwill granted to soccer stars in Mexico can eclipse both the paranoia and legitimate fear stoked by corruption and cartel violence.