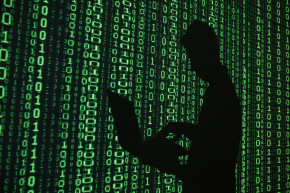 As the debate over encrypted communication resurfaces in the U.S. following the terror attacks in Paris and San Bernardino, the British government is moving full speed ahead with a surveillance bill that would give the U.K. unrivaled snooping powers.

Britain’s Investigatory Powers legislation has put Prime Minister David Cameron’s government on a collision course with the world’s largest tech companies and riled privacy advocates. The bill is sweeping in scope, and a growing number of critics are now claiming that it would give the U.K. spy powers beyond those available in any other western country.

“The United Kingdom is flirting with an online surveillance state of staggering proportions,” said Joseph Lorenzo Hall chief technologist at the U.S.-based Center for Democracy and Technology. Last week, the privacy-rights non-profit formally submitted its opposition to Britain’s Parliament. “The proposed legislation is deeply flawed, overly vague, and fundamentally hostile to human rights.”

Among the more controversial provisions contained within the bill is one that would give the British government the authority to compel tech firms to weaken encryption on messaging services such as WhatsApp and iMessage to enable agencies to eavesdrop on conversations, according to a draft of the legislation. Another measure would, upon “notice” given by Britain’s Home Secretary, force companies to store a user’s data for up to a year, including a record of all websites visited during that time. Government officials could then have unfettered access to these users’ private records.

Any attempt by a tech company to warn its users about potential snooping by the government would also be prohibited under Britain’s Investigatory Powers bill, despite the fact that most—including Google, Yahoo, Facebook and Twitter—have such policies already in place. On Wednesday, Microsoft joined their ranks by announcing that it too will begin warning users of when the company suspects that a government has been trying to hack into their accounts.

In its analysis, the Center for Democracy and Technology concluded that many of the bill’s provisions violated European Union law. Many of the world’s biggest tech firms—including Apple, Microsoft and Yahoo—have forcefully criticized the legislation, claiming that it would require them to abuse the privacy of their customers and could set a dangerous precedent that other nations would follow.

Britain’s surveillance bill also goes far beyond anything that’s been proposed in the U.S. to date. Top U.S. law enforcement officials have repeatedly lobbied tech companies to allow them access to certain messaging systems and devices that use encrypted software with little support from Silicon Valley or Congress. Last month, Rep. Michael McCaul, who heads the House Committee on Homeland Security, proposed creating commission that would bring together the tech industry, privacy advocates and law enforcement to figure out how to best deal with issue.