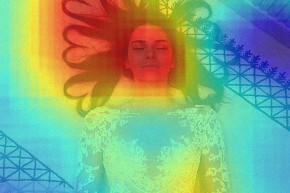 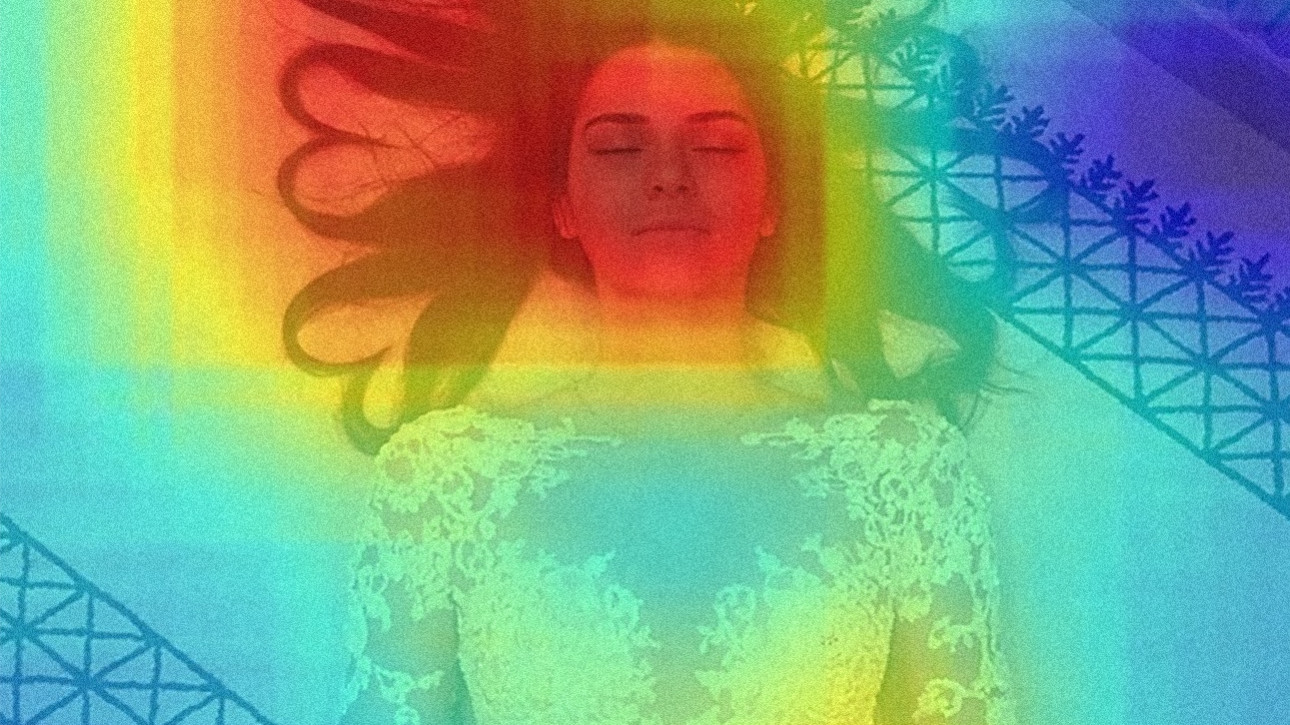 If you’re trying to step up your game for some prime New Year’s Eve Instas, take heed: A new MIT study suggests your social media followers will remember your unsettling selfie a lot longer than your #sunsetporn.

Researchers from MIT’s Computer Science and Artificial Intelligence Laboratory created an algorithm to evaluate what, exactly, makes photos more memorable. To build the program, the scientists asked subjects to look at hundreds of photos and make note of whenever they saw an image repeated, indicating how frequently each image was remembered upon a second viewing. A computer then built an algorithm based on the collected data. The resulting LaMem (Large-Scale Image Memorability) program can tell us precisely what makes a memorable photo and what areas of that photo are the most memorable. LaMem quantified memorability using a scale of 0 to 1, giving the least memorable photo a score of 0.29 and the most memorable image a score of 0.99.

So what does make a photo memorable? “Unfortunately the knowledge is hidden away in the deep learning network that we have [created] to predict memorability,” Aditya Khosla, lead author of the paper, told Vocativ. “In general though, people and object close-ups tend to be most memorable while natural scenes and open landscapes tend to be least memorable.”

A survey of the memorability score of all 60,000 photos used to create LaMem reveals that the top photos are mostly nearby objects and people (including selfies), while the lowest scored photos tend to be landscapes or empty rooms. A heatmap feature shows which area of these photos are the most interesting, with red areas highlighting what people remember the most.

The results seem to mirror what resonates online. “One interesting thing we found in our study was that the top 25 percent of most-memorable photos [evaluated through the algorithm] also tended to be most popular on social networks, and vice versa,” Khosla said, “So it’s good to see that this correlation exists here.”

To test MIT’s results, we turned to the world’s largest pool of close-up photos—Instagram. The website’s 2015bestnine feature allows you to search your most popular Instagram photos of the year, but it also shows the most liked photos of the ten most popular accounts. And sure enough, 89 out of 90 are close-ups of people, and one is a close-up of an object. Not a single landscape shot in sight.

We then ran the five most-liked Instagram posts of all time through a demo site that the research team set up, which uses their algorithm to quantify memorability. The most popular Instagram of all time—a photo of Kendall Jenner lying on the ground—has a “very high” memorability score and has been doubled-tapped 3.4 million times.

But Khosla cautioned putting too much weight on the most-liked Instagram posts. “Of course the extremely large number of likes are driven by the fact that they are celebrity photos, and each celebrity has a different number of followers and so on, so the ordering of memorability and popularity will not be strictly preserved because there are other explanatory factors,” Khosla said.

And he’s right: The next four most-liked Instagram photos of all time have a a slightly lower memorability score. What those four also have in common is their association with significant moments in pop culture: the Taylor Swift-Kanye West feud, Swift’s relationship with Calvin Harris, Kanye West’s marriage to Kim Kardashian and Kylie Jenner’s graduation from high school. 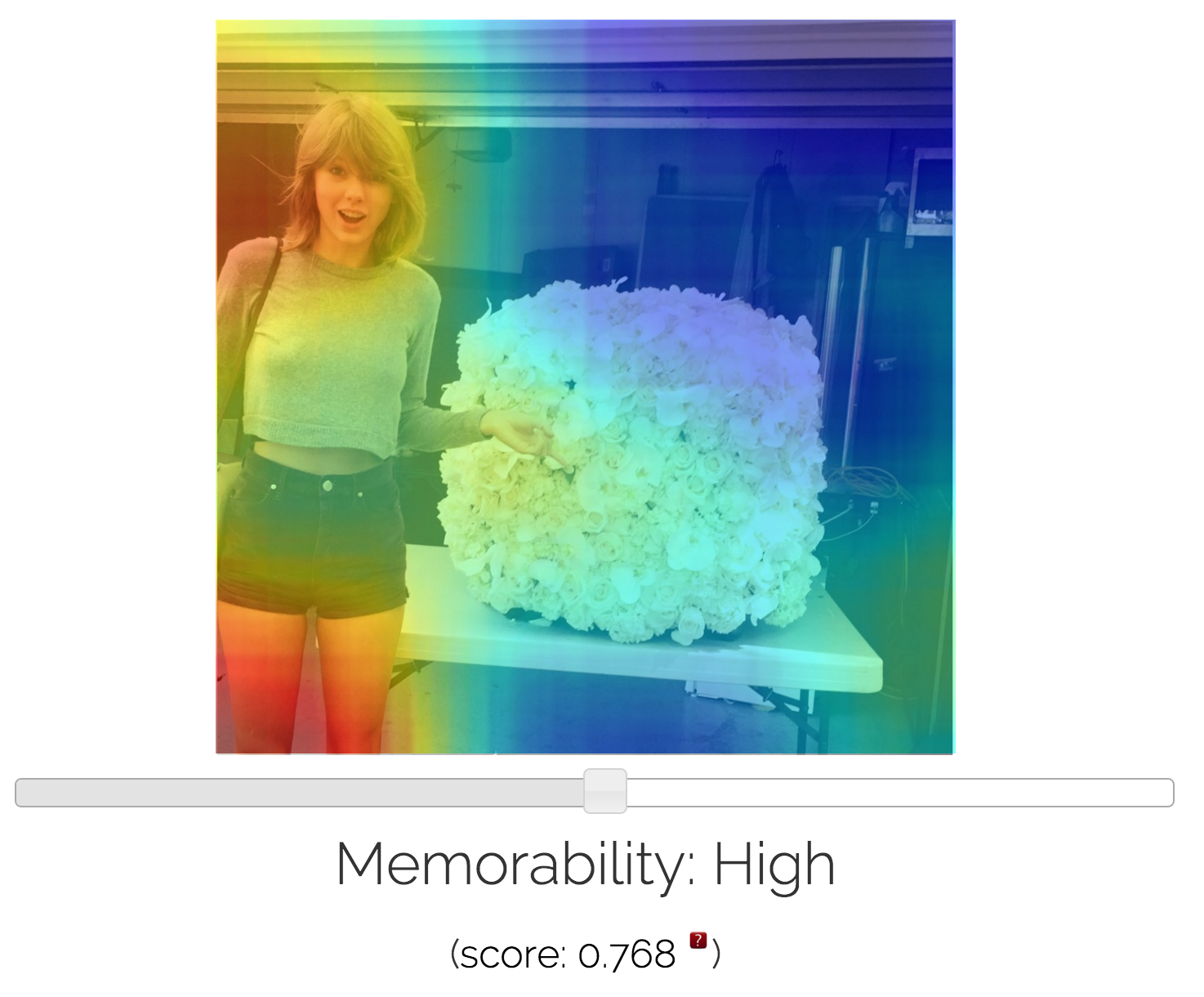 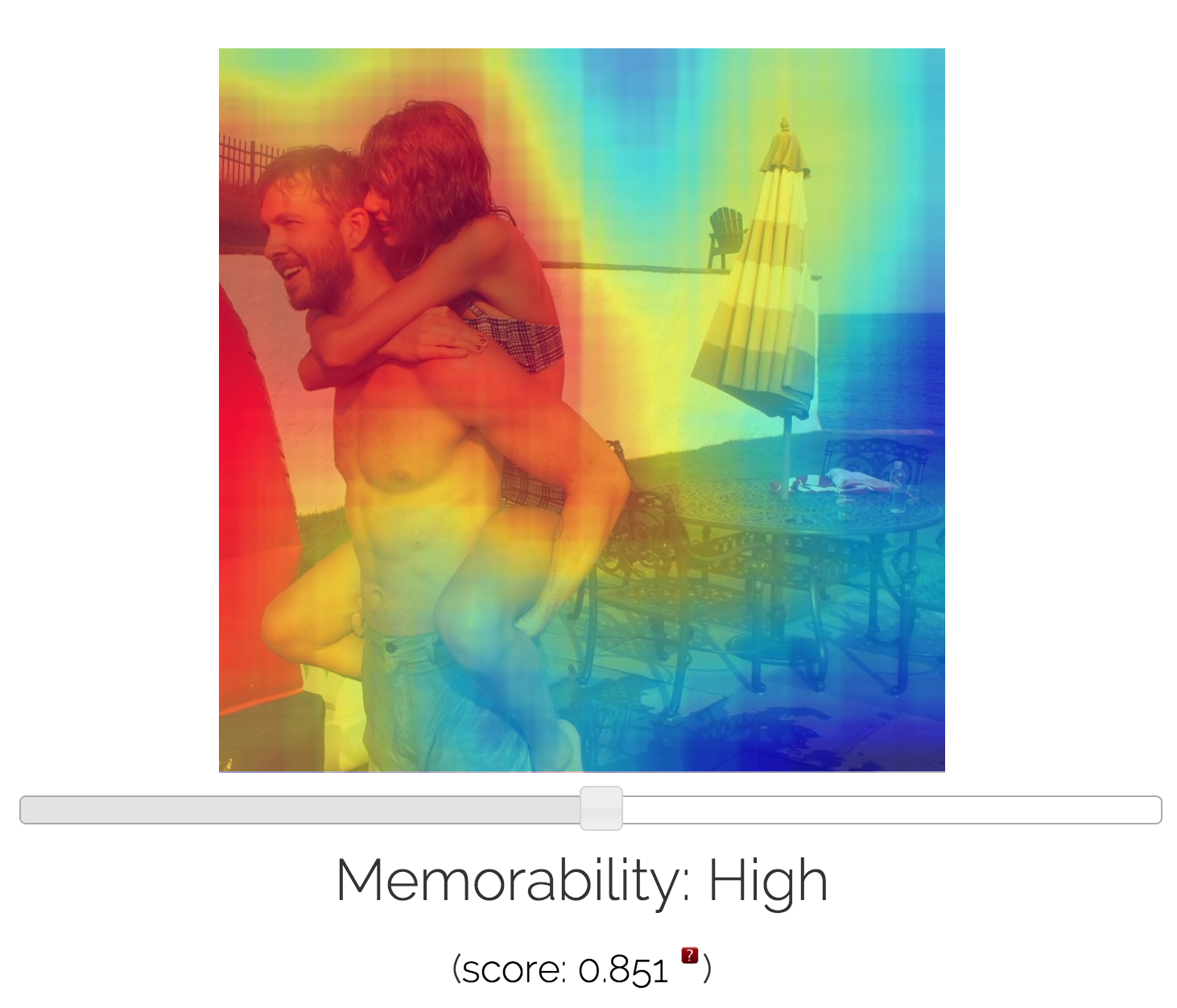 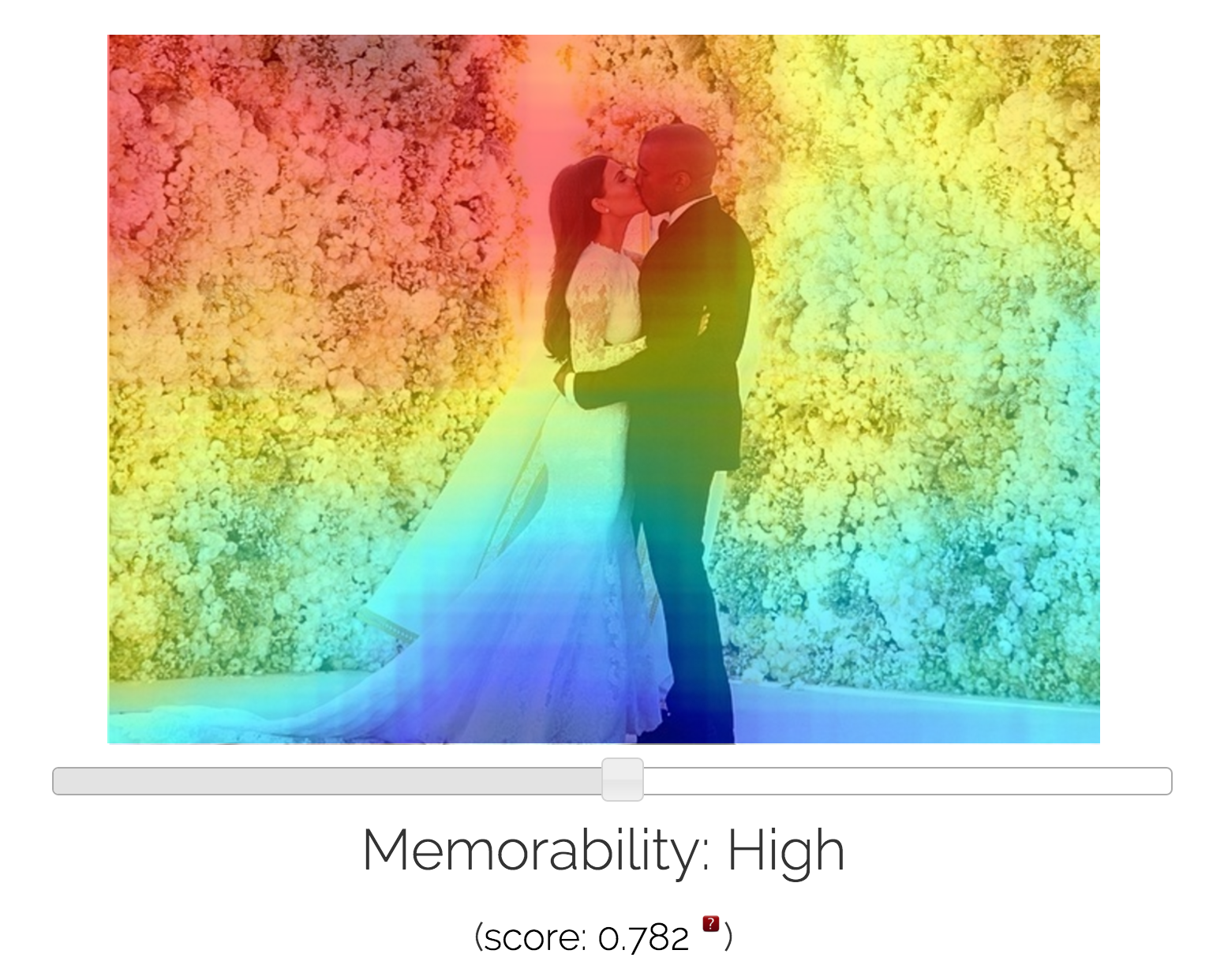 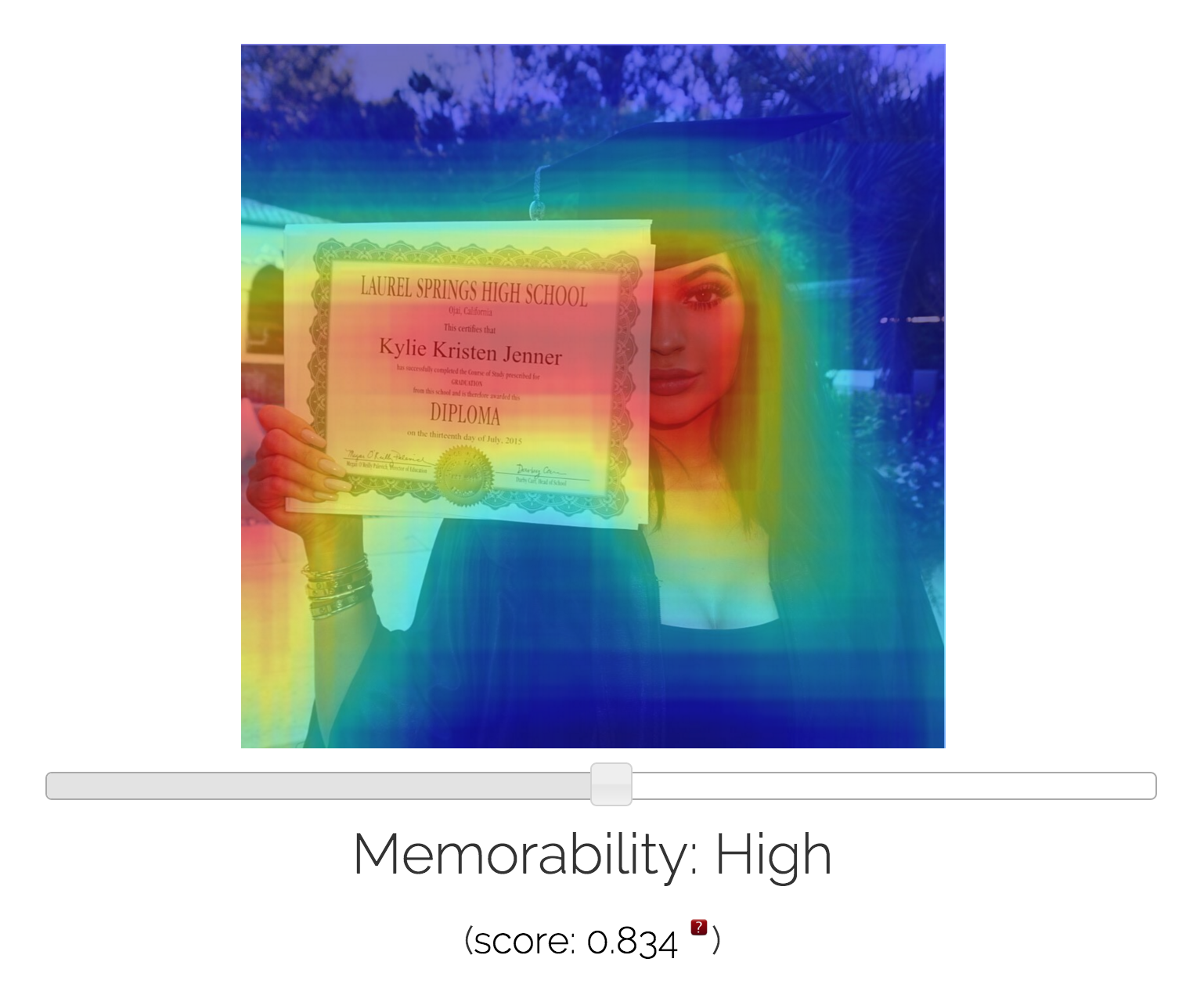 Kendall Jenner’s most-liked Instagram beats Swift’s second-place attempt by nearly a million likes, despite Swift having about 16 million more followers than Kendall. That might be because, unlike the other photos depicting celebrity history-in-the-making, Jenner’s has a mysterious, slightly disturbing element. She’s wearing an elegant dress, her eyes are closed and she’s posed like a corpse in a casket. Her hair is forming heart-shapes like a millennial Medusa.

They include: a man looking in the mirror and seeing himself (or a topless woman?) wearing a bear mask, scattered unreadable notes, a man dressed as a sumo wrester carrying skis, a hand throwing scissors and a face being touched by a dozen hands. These scenes would be memorable if seen in real life, and they’re memorable when seen in a photo.

So before you post that selfie, maybe consider playing dead, crying tears of blood, wearing a mask or throwing something hazardous. You have to be aggressive if you want to be memorable.