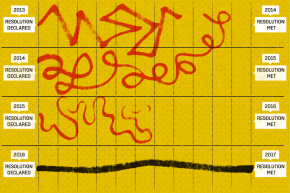 Science Explains How To Make A New Year’s Resolution That Sticks
By Joshua A. Krisch

You're more likely to keep New Year's Resolutions that are phrased as questions, rather than statements 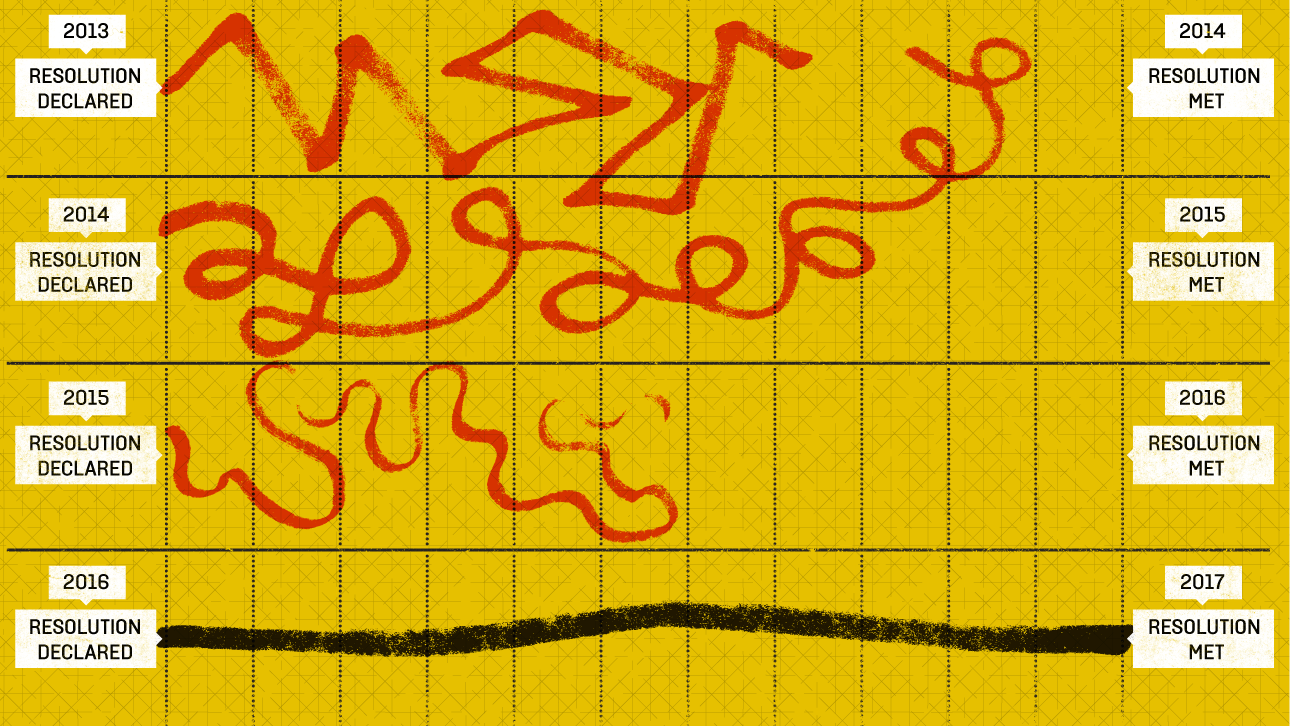 Do you really want to lose those 10 pounds or get more organized in 2016? Do you actually think you’re going to stick to that New Year’s resolution? Well, there’s one surprising thing you can do that will increase your odds, and it’s all in the way you phrase that resolution to yourself.

According to new research in the Journal of Consumer Psychology, you’re better off posing your goal not as a statement but as a question. After examining more than 100 scientific papers on the so-called question-behavior effect, the theory that asking a question about a behavior encourages you to do it, researchers concluded that putting your ideas into question form can give them far more influence over you.

[The question-behavior effect] can be a game-changing influence technique, particularly in contexts where small behavioral changes can have large substantive outcomes…use of this straightforward technique could sway a meaningful percentage of people toward potentially life-saving behaviors such as vaccination.

This question-behavior effect is a powerful tool. For instance, the study suggests that asking parents, “Won’t you vaccinate your child?” is a more effective technique to promote vaccination than simply instructing parents to comply. And it’s easy to recognize, perhaps because marketers have been using it for decades. “Got Milk?” is far superior to “Drink Milk”; “What would you do for a Klondike bar?” is much better than “Do stuff for a Klondike bar.” We’re simply wired to respond to cajoling when it comes with a question mark.

And though this study didn’t specifically address the question of New Year’s resolutions, this effect does have some fascinating applications for them. Even when convincing ourselves to invest in a “product” (like a resolution), putting our ideas in question form can make them more appealing. For instance, resolving, “This year, I’m going to lose 20 pounds” is often less effective than asking yourself, “This year, am I going to lose 20 pounds?”

Naturally, there are rules. Several studies showed that people are more likely to respond well to question-based orders if those questions direct them toward something that they already believe in (“Will you recycle?”) and that the effect is strongest when a specific time frame is not mentioned (“Will you lose weight before 2017?” is less effective than “Will you lose weight?”).

“We found the effect is strongest when questions are used to encourage behavior within personal and socially accepted norms, such as eating healthy foods or volunteering,” Eric R. Spangenberg, dean of the Paul Merage School of Business at the University of California, Irvine and coauthor on the paper, said in a statement. “But it can be used effectively to even influence consumer purchases, such as a new computer.”

Then again, occasionally the whole thing backfires. One of the 104 studies that looked at the question-behavior effect found that people who were asked about vices (skipping class, drinking alcohol) were actually more likely to do them later on than a control group. The implication is that asking a question puts a subject at the forefront of your mind more than a regular statement, but that’s not necessarily a good thing when you’re trying to kick a bad habit.

So what’s the takeaway? “If you question a person about performing a future behavior, the likelihood of that behavior happening will change,” said Dave Sprott, dean the Carson College of Business at Washington State University and coauthor on the study, in a prepared statement. For the best, scientific odds of making your resolution stick, use the question-behavior technique to resolve to do something that you believe in, which doesn’t have specific deadline or involve a vice. Follow that recipe, and this could be your year.

You do want to keep your New Year’s resolution—don’t you?