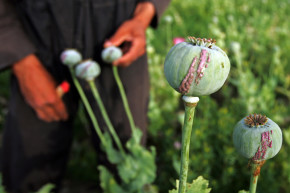 Even After An Overdose, Almost All Patients Stay On Opioids
By Joshua A. Krisch

Even After An Overdose, Almost All Patients Stay On Opioids

More than 90 percent of patients who survive a prescription opioid overdose continue to be prescribed opioids after the event, usually by the same prescriber, according to a new study published in Annals of Internal Medicine. The findings suggest that healthcare providers are ill-prepared to help wean their addicted patients off of opioid painkillers such as morphine, Vicodin and OxyContin.

More Drug Overdose Deaths Are At An All-Time High

Opioid overdose deaths have quadrupled since 1999, and roughly 300,000 patients visited an emergency department in 2008 alone due to the misuse of prescription opioids. One would hope that, if one good thing came of all this suffering, it would be that we’d see a decrease in the number of opioid prescriptions—especially since official guidelines stress that physicians are to discontinue opioid use after an overdose.

And yet, opioid prescription rates are steadily increasing and, according to this new study, people who have overdosed are still filling prescriptions for the very painkillers that nearly killed them. For the study, researchers combed through Optum, a large national commercial insurance claims database that contains data on 50 million individuals, 3,000 of whom overdosed on opioids within the past 12 years. The database shows that 91 percent of these individuals are still on opioids (although it is unclear from the study how many of those patients were being gradually weaned off of opioids or were prescribed similar medications, such as methodone, for maintenance therapy) and that 70 percent received prescriptions from the same provider who prescribed them opioids before the initial overdose.

“Prescribing guidelines are clear that adverse events, such as overdose, are compelling reasons to withdraw prescription opioids,” writes Dr. Jessica Gregg of Central City Concern in Oregon, who was not involved in the study, in a related editorial. “Therefore, it is tempting, and it would be easy, to attribute these results to poor care, bad decisions or sloppy prescribing.”

But Gregg argues that the problems run deeper than that. She suggests that many of the prescribers in the study likely did not know about their patients’ overdoses, because there simply is no widespread system in place to notify healthcare providers when overdoses occur. Gregg also notes that at-risk patients likely show warning signs in the weeks leading up to an overdose, but that physicians are often not trained to identify these red flags and alter prescriptions accordingly. The authors of the study suggest that we build on existing prescription monitoring programs, so that physicians know when their patients overdose, while also increasing physician training on how to identify and respond to patients before an overdose happens.

“These are not quick fixes, and they will be difficult,” Gregg writes. “However, if we do not act now to fix these systems of care, patients will continue to suffer—and even die—and physicians will continue to believe that they are powerless to stop it.”