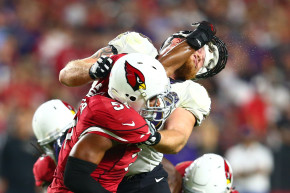 Anti-Concussion Football Helmets Are A Scam
By Jack Moore

Anti-Concussion Football Helmets Are A Scam

The football helmet has always been seen as one of the greatest symbols of safety in sports, but does it actually keep athletes safe? 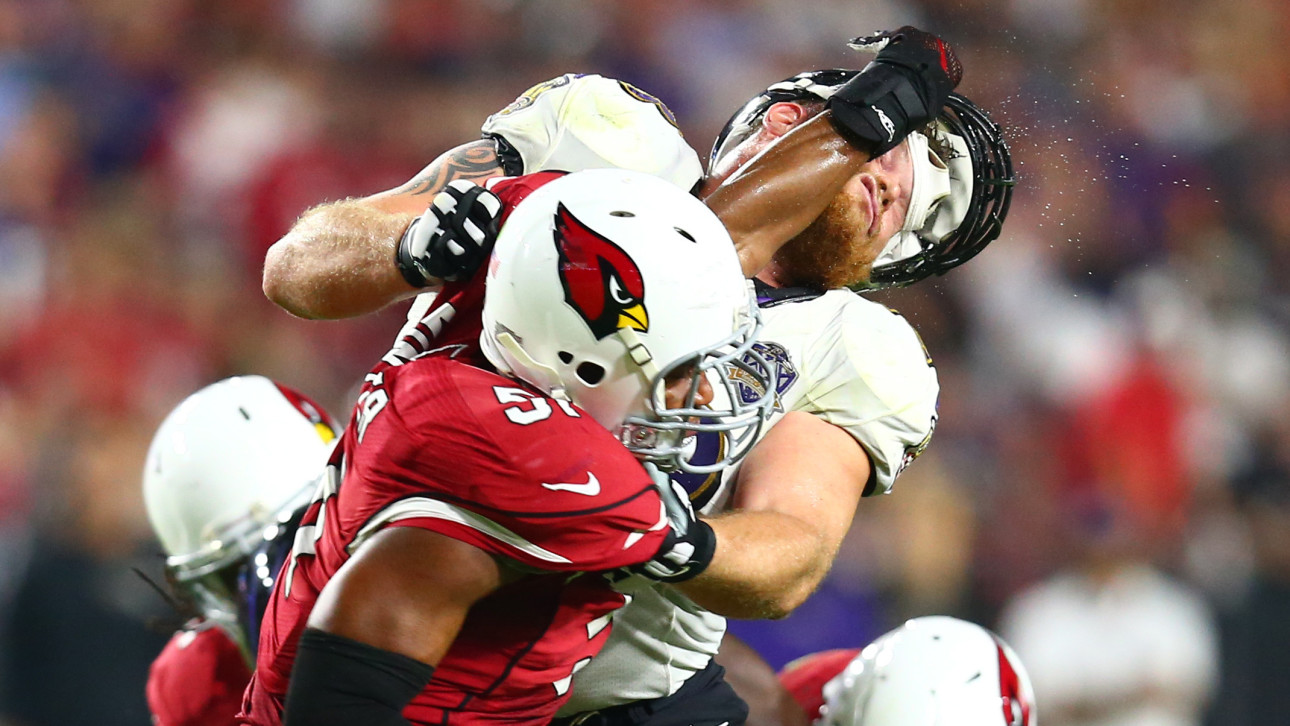 “We didn’t really relate that in a modern sport like football, in a helmeted sport, that it could lead to that.” That’s what Dr. Julian Bailes, portrayed by Alec Baldwin in “Concussion” and one of the doctors who took the brain trauma fight to the NFL, told Frontline for its groundbreaking documentary “League of Denial.” While we have known for decades that repeated blows to the head could lead to long-term brain damage, most believed football helmets were enough to keep athletes safe.

The revelations gleaned from Dr. Bennet Omalu’s discovery of chronic traumatic encephalopathy(CTE) in deceased NFL player Mike Webster’s brain and the subsequent research on the long-term impacts of repetitive head trauma in football, however, have shown that the football helmet is not the Holy Grail of head protection we believed it was. As University of Minnesota bioethicist Dr. Steven Miles told me, “The laws of thermodynamics are preserved, okay? Force equals mass times acceleration independent of a helmet.” That force has to go somewhere, namely the athlete’s brain.

From the beginning, the purpose of the football helmet was not to prevent concussions or subconcussive trauma, but rather to prevent injuries like skull fractures. Despite this, and despite what we’ve learned in recent years, a University of Pittsburgh Medical Center survey from October shows that only one in four Americans understand that helmets and other equipment are unable to prevent the majority of concussions.

There’s a good reason why the American public believes in the power of the helmet—helmet manufacturers have been making claims that their products can protect players’ brains for a century.

“Made of finest selection of Black Grain Leather, moulded leather lining and ear pieces. Extra strong. Extra long in back to protect base of brain,” reads a 1916 advertisement for a helmet sold by Reach’s Sporting Goods. Another common leather helmet claim was the presence of a “shock absorber,” often paired with “web suspension” technology. Already, the manufacturers were trying to sell the idea that a helmet could soften hits to the head.

Similar claims were made by leather helmet manufacturers throughout the 1950s, when the leather helmet began to be replaced by the hard shell plastic helmet of today

Riddell came out with its first hard shell plastic helmet in 1939. The earliest models were so brittle as to crack on impact. Riddell’s Model JR-6, from 1955, was nevertheless marketed as a “Safety Suspension Helmet” promising “Maximum Protection for an Economy Budget.” A 1962 Sports Illustrated article cited a University of Michigan study that suggested a recent increase in head and neck injuries was actually caused by the plastic helmet and facemask and the false sense of security they granted players.

However, football’s most visible injuries—skull fractures, black eyes and broken jaws—were substantially reduced. With few concerns over long-term brain trauma being raised, this was a trade-off the public—and the American Medical Association—was willing to make.

That was until an epidemic of football deaths and injuries in 1968, when 36 players died and 30 were permanently paralyzed, which led to the creation of a national standard for helmet safety. Prior to that, helmets were not measured against any sort of standard. After the formation of the National Operating Committee on Standards for Athletic Equipment (NOCSAE), there was a significant decline in deaths on the field, although the death rate for football remained the highest for any youth sport in the country.

Dr. L Murray Thomas, one of the Wayne State researchers behind the NOCSAE standards, told the Associated Press in the 1980s, “I don’t think, however, you can have a contact sport and not have injuries. We may be getting very close to the irreducible low.”

If you listen to helmet companies like Riddell, though, each new model is pushing that irreducible low even lower. In 2006, Riddell claimed its Revolution model helmet made its wearers 31 percent less likely to sustain a concussion. Riddell couldn’t back up that claim with anything but a University of Pittsburgh Medical Center study paid for by Riddell itself. The Federal Trade Commission forced Riddell to suspend the claim.

Now, helmet and other equipment companies try to sell as much safety as they can without invoking the word “concussion.” Mouthguard companies hype up a reduction of “energy transferred upon impact” and brag about their “high impact shock absorption.” Helmet makers prop up ridiculous branding terms like “Energy Lock Technology” and “The Flex System” that belong in sci-fi B-movies or late-night infomercials.

The helmet industry’s claims can’t be proven because of the nature of concussions. “Nobody knows how to make a helmet that prevents a concussion,” said Chris Withnall, a Canadian engineer. Withnall’s firm, Biokinetics, worked on a report that found even helmets that passed industry standards could leave players with as high as a 95 percent likelihood of concussion from strong blows.

“No helmet can prevent a concussion,” Withnall says. “Full stop.”

As a result, Riddell has found itself in hot water recently; 75 former football players have filed suit against the company for misleading advertising. In a puff piece at Ad Week, Joe Favorito, described as a “veteran sports marketing consultant,” said Riddell “made the game safer and opened up the door for the NFL to become what it is today. That piece of equipment took football from being a roughneck sport to something socially acceptable.”

It’s an accomplishment only a marketer could be proud of, but Favorito is right on the money. We now know, as stories like those detailed in “Concussion” and “League of Denial” show, that the great accomplishment of the football helmet and the men who sold them to high schools and colleges across the country wasn’t keeping the young men wearing them safe. The laws of thermodynamics apply, just as they always have. If the damage of football’s repetitive blows to the skull doesn’t kill the brain quickly, it will kill it slowly, no matter how big or how hard a shell you put around it. The only real thing the helmet and its advertisers did was get us to look away.