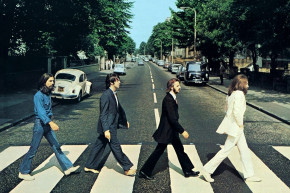 This Is The Most Streamed Beatles Song
By Sarah Kaufman

This Is The Most Streamed Beatles Song

While “Here Comes The Sun” was the breakout hit of 2010 when the Beatles made their music available for download on iTunes, Spotify users chose a distinctly more celebratory single for their top streaming since Thursday: “Come Together.”

“Come Together” hit nearly a million streams on just its first day of streaming. While that’s impressive for a song recorded 46 years ago, it must be noted that Justin Bieber’s breakthrough dance hit “Sorry” garnered more than triple the number of streams on the same day, according to Spotify streaming data.

The most-streamed Beatles song so far is ‘Come Together.’ Odd, that. I’d have guessed ‘Revolution #9″ or ‘Baby’s in Black.’

Paul McCartney’s anthem “Let It Be” won the second highest number of streams in the same time frame–1.8 million. “Hey Jude” came in third, “Love Me Do” won fourth and “Yesterday” received fifth place, in terms of total streams.

The Beatles won 25 songs in the top 200 streamed on Spotify globally on Christmas Eve. Sixteen songs had 1 million streams to their names by December 26, according to Vocativ’s calculations. Those songs included, “Here Comes The Sun,” “All You Need Is Love,” and “I Want To Hold Your Hand.”