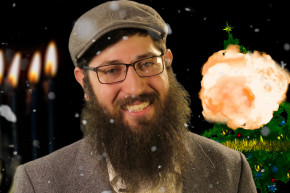 Here’s Why Your Holidays Are Junk Science
By Joshua A. Krisch

Here’s Why Your Holidays Are Junk Science 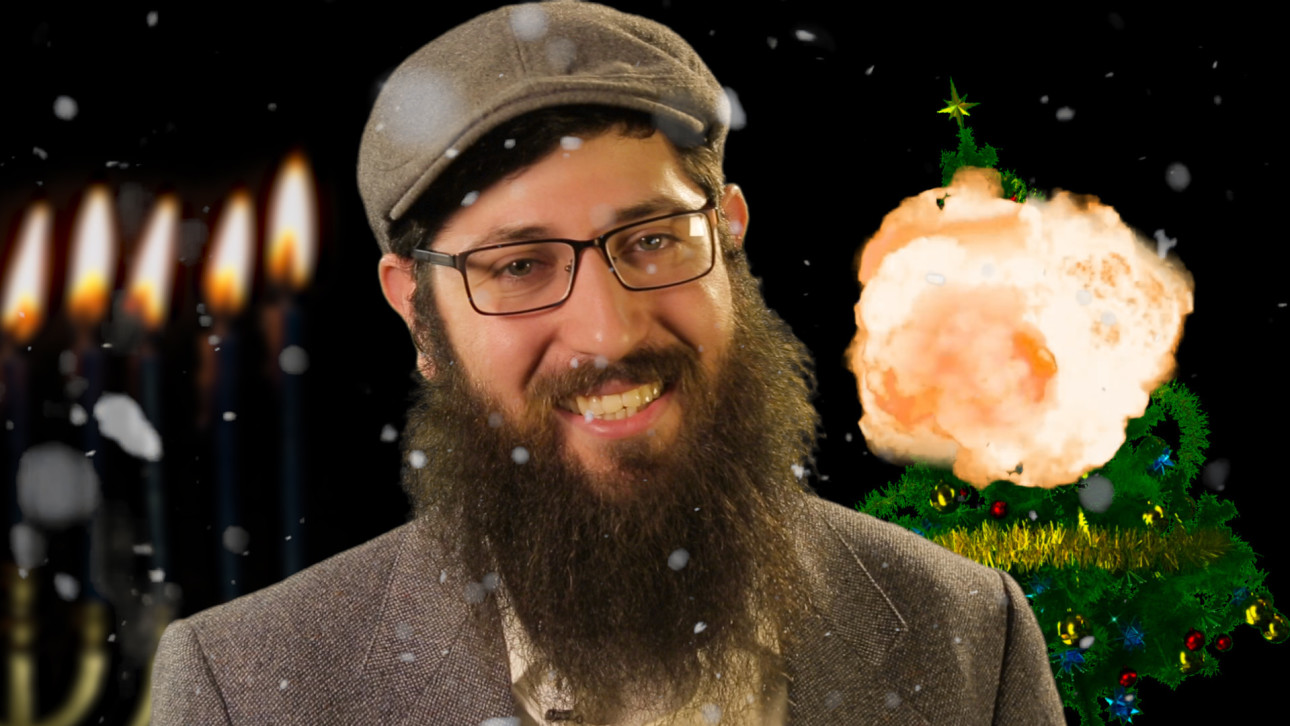 Happy Holidays, from the entire Junk Science team. Let’s cut right to the chase. We’re not interested in ruining your holiday season by declaring faith and tradition “junk science”. In fact, preliminary fMRI studies have shown that Christmas traditions may activate the parts of your brain responsible for experiencing shared emotions, retrieving social information and feeling spiritual. Empathy, friends and spirituality are probably not a bad combo.

More Christmas Spirit Is Real, And Scientists Have Found It In Your Brain

But here are a few things that are junk science: the notion that Santa’s reindeer wouldn’t explode, that you need more than a couple of gallons of oil to keep a Chanukah menorah lit for eight days or that Kwanzaa cups are safe to touch with your mouth. Here’s the first annual Junk Science Holiday Special:

Despite their inability to fly (or jury-rig a headlight out of their noses) reindeer are very real animals that are quite adept at lugging sleighs through the snow. In fact, a single non-flying reindeer can lug about 300 pounds.

There are 2.2 billion Christians in the world. 27 percent of them (594 million) are under 15. Since kids are pretty terrible, let’s assume half are naughty and half are nice. That’s 297 million children within Santa’s target age group, religion and “nice list,” and 297 million presents that need to fit on the sleigh. (We won’t include the coal in our calculations since, well, this whole thing is imaginary anyway. Sorry.)

Assuming an average of about two pounds per gift, the sleigh would be carrying 297,000 tons, not counting the considerable weight of Santa and the sleigh. If each reindeer can lug only 300 pounds, or 0.15 tons, it would take 1,980,000 reindeer to pull that sleigh.

But it gets worse. When astrophysicist Linda Harden calculated the speed those reindeer would have to travel to hit every house in one night, she concluded that the lead pair of reindeer would absorb about 14 quintillion joules of energy per second. (Her weight calculations were slightly different than ours, but that doesn’t matter too much when we’re talking about numbers this big—and, again, imaginary.) The results would not be pretty. In Harden’s words:

They will burst into flame almost instantaneously, exposing the reindeer behind them, and create deafening sonic booms in their wake.The entire reindeer team will be vaporized within 4.26 thousandths of a second. Santa, meanwhile, will be subjected to centrifugal forces 17,500.06 times greater than gravity. A 250-pound Santa (which seems ludicrously slim) would be pinned to the back of his sleigh by 4,315,015 pounds of force.

Chanukah celebrates, among other things, the miracle of the lights. After a small army of Jews defeated the Greeks in 167 BCE, they returned to their Temple to find it defiled, with only a single jug of olive oil that could be used to light the Menorah, an enormous seven-branched candelabra. It was only enough for one day, but they lit it anyway, and the oil lasted eight days, the exact amount of time it took to produce more. It was a miracle. But, divine intervention aside, how much oil would it actually take to keep a seven-branched candelabra burning for eight nights?

For this question we turned not to the physicists but to the survivalists, quirky folk who are constantly trying out low-tech solutions like oil lamps in preparation for the impending apocalypse. Survivalist bloggers all seem to agree that that oil lamps burn about 0.5 oz of lamp oil per hour, and that the efficiency is 10 percent lower for vegetable oils. Since the Temple Menorah ran on olive oil, we’re going to say it went through about 0.55 oz of olive oil per hour per branch. That’s 3.85 oz per hour and 739.2 oz of olive oil to light all seven branches for eight days.

That doesn’t seem like a lot but, to be fair, this doesn’t have any bearing on the actual Chanukah story, in which there was only enough oil to burn for one night (according to our calculations, about 0.71 gallons). Apparently they sold olive oil by the 7/10 gallon back then.

Kwanzaa: Cups Of Unity Are Crawling With Bacteria

Kwanzaa is a holiday of symbols, meant to represent humanity’s highest ideals. One of these symbols is the Cup of Unity, reflecting the Kwanzaa principle of unity, or “umoja.” Celebrants often pass the cup of unity around, between family members and friends, each taking a sip from either water, grape juice or wine. Which makes us wonder: just how many germs pass between participants in this particular ritual?

Of course, Kwanzaa isn’t the only celebration or ritual where this kind of cup is shared. Among others, there’s communion, and it turns out there’s been quite a bit of research done on communion chalices. Studies have shown that the average communicant spends 5.1 seconds with his or her lips touching the chalice, and that roughly 35 seconds pass between each. Other studies have measured the pooled saliva in the cup (4,096 Winslow units of amylase enzyme from 30 users, if you’re curious) and the rates of infection after taking a sip (virtually non-existent, just like you don’t get sick every time you share a drink or a kiss). The conclusion has generally been that bacteria survive despite the wine, and spread between people who share a cup, but that the actual risk of infection is minimal.

But that doesn’t mean it isn’t possible. As long as there’s saliva swapping, diseases such as strep throat, the common cold, mumps, meningitis, herpes, and mono can all be transferred. But that’s a risk worth taking for unity.