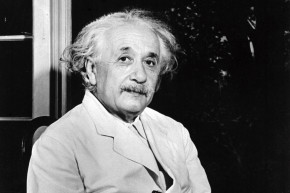 Spooky Action: These Subatomic Particles Are Talking Behind Your Back
By Joshua A. Krisch

Spooky Action: These Subatomic Particles Are Talking Behind Your Back

In 2015, physicists confirmed that electrons can share information across great distances. Here’s why that matters for quantum computing and online security

By harnessing the power of quantum entanglement theory, scientists believe we could build computers that are nearly impossible to hack, and communications networks that automatically detect eavesdropping. It would revolutionize computer science.

This all comes out of a theory that Albert Einstein, the man still associated in most laypeoples’ minds with physics, had mocked. Einstein-approved physics says subatomic particles (protons, electrons and various other “-ons”) can have an effect on one another when they’re right next to each other. This, no one disputes. But what about when two electrons are miles apart? Here, quantum theory and Einstein historically parted ways. Einstein disliked the theory of quantum entanglement—the idea that electrons can influence each other even from large distances—so much that he likened it to “God playing dice” and derided the theory as spukhafte Fernwirkung or “spooky action at a distance”.

And yet, experiments throughout the 1960s, ’70s and ’80s continued to suggest that quantum entanglement and spooky action were quite plausible. Then in November 2015 a team of physicists from the Netherlands finally proved it. The researchers succeeded in entangling two electrons that were nearly a mile apart, and managed to share information between them. The result proved the existence of spooky action and, in a strange twist, paved the way for quantum computers that would be effectively impossible to hack. Spooky action between particles that make up a communications network could theoretically ensure that if someone hacked the system or eavesdropped on a data relay, the entire system would instantly detect a change.