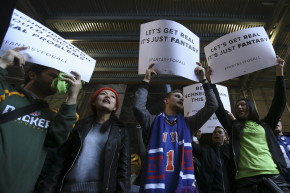 An uncomfortably cozy relationship that's headed for a moment of reckoning 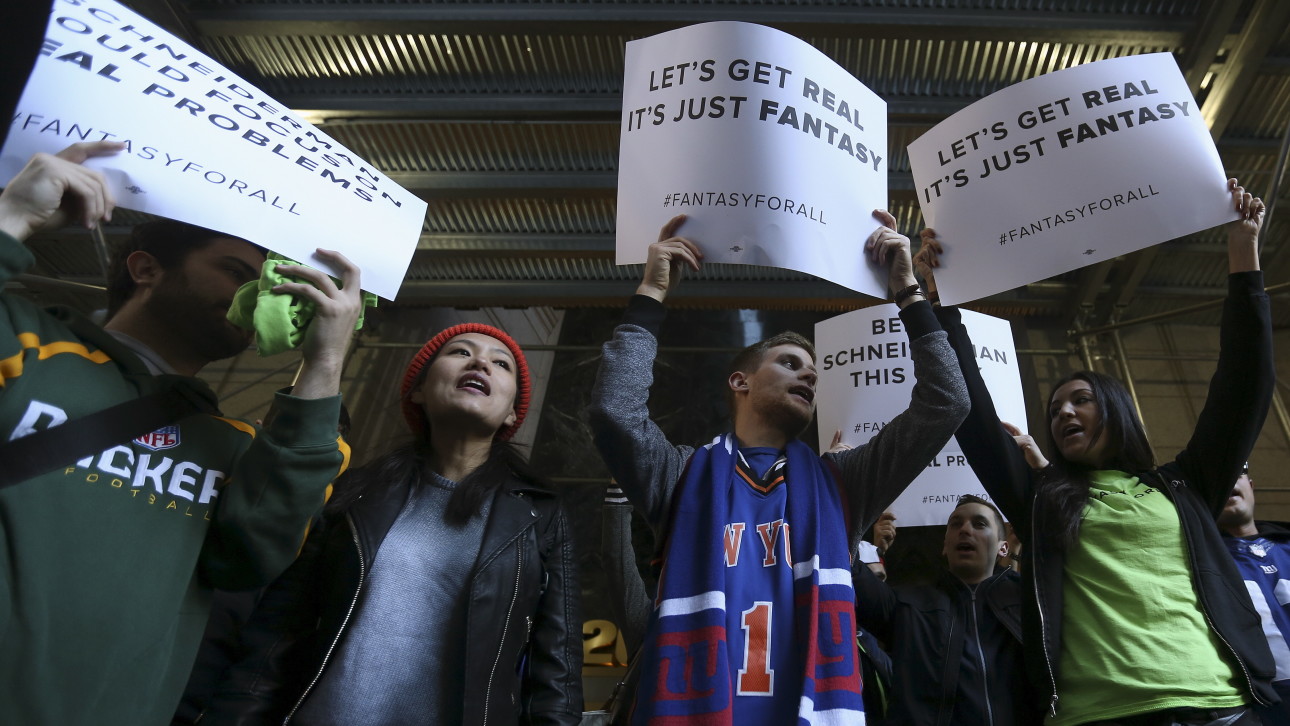 You’ve seen the ads on TV. A suburban dude is struggling to survive the nightmare that is a family gathering while Ed Norton’s voiceover promises the most American of dreams: that the key to untold riches rests with Daily Fantasy Sports.

This nonstop blitz of the airwaves is just one part of the massive bid from Daily Fantasy Sports (DFS) to imbed itself in every square inch of the sports world. Toddle over to your favorite online sports content provider and you’d be hard-pressed to find one that hasn’t been riddled with banner ads, thinly veiled advertorials and sponsored content.

The DFS industry’s two titans, DraftKings and FanDuel, have inked deals with nearly every major sports media outlet. FOX Sports has reportedly invested $150 million in DraftKings along with the promise that DraftKings will spend $250 million “over a few years on advertising across a wide range of Fox’s networks,” according to the New York Times. It’s a deal that ESPN backed away from, but they still inked an exclusive advertising agreement with DraftKings, one that CEO Jason Robins said would provide a “deep integration” with the Worldwide Leader.

The list goes on and on. NBC Sports Ventures and Comcast were both part of the $275 million in financing that FanDuel raised in July. Yahoo! has cobbled together its very own daily fantasy game, as had CBS, though it appears to have been quietly dropped. VICE Sports has a DFS column with prices provided by DraftKings. So does Sports Illustrated, with numbers via FanDuel. SB Nation also has a marketing agreement in place.

Alas, all of that sweet, sweet cash could vanish in an instant given that the legality of the DFS industry is now under assault at both the state and federal level. DFS companies are being forced to divert buckets of would-be advertising dollars into the pockets of high-priced attorneys and lobbyists in an attempt to fight a multi-front war, including a de facto ban in Nevada, a cease-and-desist order in New York state and numerous lawsuits, all of which declare that DFS is nothing more than gussied up illegal gambling.

Though network and cable sports broadcasts will certainly soldier on even if DFS goes the way of the dodo, the finances become a bit dicier when it comes to online sports media companies. How will they cope with this potentially serious loss of revenue?

Brad Pinkerton, the Sporting News’ director of fantasy sports, said that they are monitoring the current legal battles, but as long as “DFS sites are operating legally, we’ll continue to work with them via advertisements and content marketing.”

Speaking on the condition of anonymity, an editor at a major sports media company that does not take in advertising dollars from the industry ‪but does have a partnership agreement explained that should DFS be deemed illegal gambling, the effect would be “simple page views. Our fantasy content does pretty well for the NFL at least. Let’s say in September we go from getting 20 million page views on fantasy to 12 million because DFS dies next year—that 8 million loss would hurt.”

A senior editor at another top-ranked sports site was far more bullish about the future of DFS, saying, “Nothing is stopping this train.”

When asked whether the site’s business agreements with the industry had in any way impacted their ability to cover DFS’ current legal difficulties, the editor said, “Not at all.”

Dustin Gouker, a writer for LegalSportsReport.com, doesn’t think the various lawsuits and litigation will result in a complete and total shutdown.

“A state-by-state approach to regulation of the Daily Fantasy Sports industry is definitely the most likely route, in my estimation, but one that comes with its own problems,” Gouker wrote via email. “We’ve seen a wide variety of bills and potential approaches floated by state legislators, everything from bills that would just make DFS legal or exempt contests from a state’s gambling laws, to bills that would put DFS operators under the purview of gaming commissions, along with licensing fees and taxes on revenue, like you would see for casinos.

“The sweet spot for the industry is regulation that comes without an expensive price tag—a regulatory approach like we’ve seen put forth in Massachusetts, Illinois and Florida.”

There’s no way to know for sure whether any of the marketing and/or advertising deals that sports media companies have signed with DraftKings and FanDuel include a termination clause that could be triggered by a legal determination that DFS is illegal gambling.

“It’s obvious that many of these parties invested in a hurry without fully realizing what they were getting into,” Daniel Roberts, a sports business writer at Fortune wrote via email. “And that these companies were operating in a legal gray area.”

“Those ad deals were signed with the idea that DraftKings would continue scaling upwards,” Gouker added. “The recent controversy has likely stunted that growth, and revised its ability to generate revenue … Clearly, there’s some question of how feasible it is for DraftKings to afford those deals.”

Gouker also noted that, according to Bloomberg, DraftKings has reportedly asked some of their corporate partners for a deferral on certain payments.

Vocativ also spoke with Daniel Wallach, a prominent sports and gaming attorney. He pointed out that the law that really shakes the industry’s tree isn’t the Unlawful Internet Gambling Enforcement Act, the 2006 law which scattered online poker to the winds, but IGBA, a long-standing federal law which makes a federal crime out of carrying on an illegal gambling business by more than five persons over 30 days.

That law could easily be triggered if DraftKings and FanDuel do eventually run out of appeals in New York.

“There’s a lot at stake here in New York beyond whether they can they remain in the market.” Wallach said. “If the New York attorney general prevails in court and it has been established that Daily Fantasy Sports contests by DraftKings and FanDuel run afoul of state law, then it increases the likelihood of a federal prosecution under IGBA.

“If Preet Bharara [the United States Attorney for the Southern District of New York], is probing the business model of Daily Fantasy Sports, as the Wall Street Journal reported, and he still has an ongoing investigation, then an adverse court decision out of New York would be like an early Christmas present for his prospective criminal prosecution. Under IGBA, it would be served up on a silver platter for him.”

The repercussions of this decision could be staggering, not just due to the loss of an estimated ten percent of DraftKings and FanDuel’s customer base, but because, “The criminal penalties for a violation of IGBA could include substantial monetary fines as well as the forfeiture of assets which could shut these businesses down,” Wallach said.

“I think ultimately what you’re looking at are substantial monetary fines. Substantial.”

Furthermore, media companies could start to be roped in as co-defendants if a federal criminal prosecution of Daily Fantasy Sports occurs.

“The federal aiding and abetting statute could potentially be used against those [that] promote, encourage or entice the acts themselves,” Wallach said. “And that could create some legal risk for heavy advertisers.”

Furthermore, should they lose, Wallach said, “the class action lawsuits which hinge on the alleged illegality of Daily Fantasy Sports would be invigorated by an adverse determination in the New York court case.”

A representative for Fox Sports did respond via email, however, “We have no comment to offer with regard to your inquiry.” CBS Sports’ response was, “We don’t have anyone available, but thanks for reaching out.”