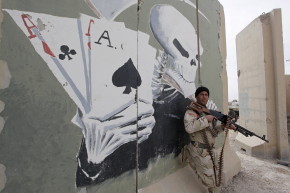 Ramadi is on the verge of being recaptured from ISIS, but the campaign there shows there are still major sectarian hurdles to be overcome 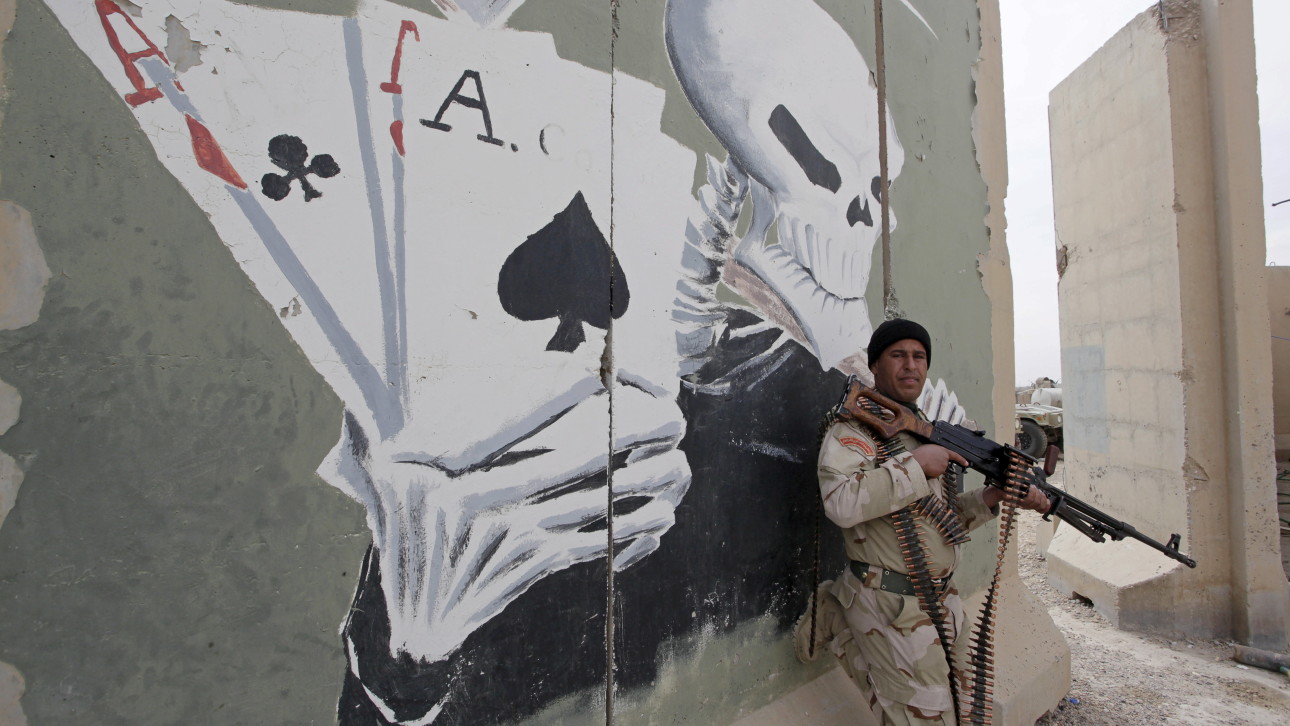 An Iraqi soldier stands guard at a base between Fallujah and Ramadi — Reuters
By Jamie Tarabay
Dec 24, 2015 at 10:46 AM ET

ISIS is on the verge of its first major territorial defeat, as a key city its fighters fought for five months to capture seems likely to be taken back by Iraqi forces any day. But it’s not all good news for the terror group’s enemies.

A loose conglomeration of anti-ISIS forces is closing in on the center of the Iraqi city of Ramadi, the capital of Anbar province in the country’s west, which has long been the heartland for Iraq’s minority Sunni population. U.S. and Iraqi officials are optimistic the campaign to recapture Ramadi, which ISIS took in May, is close to an end.

“I think the fall of Ramadi is inevitable. You know, the end is coming,” Col. Steve Warren, the U.S. military spokesman in Baghdad, told reporters Tuesday. “But that said, it’s going to be a tough fight.” The dense urban areas made close quarter fighting difficult, he said, and there was much of it to cover. The “hard fighting” was still ahead, Warren said.

If the campaign to retake Ramadi does ultimately succeed, it will mark the first real strategic defeat for ISIS since it moved into the northern Iraqi city of Mosul in June of last year and declared its caliphate. Even so, it contains a large measure of bad news for Iraq’s future as a country trying to unite against the threat of continued sectarian violence: a U.S. trained and equipped commando unit is going ahead of Iraqi army forces to clear the west and the south of the city. And once the biggest military campaign of the past year in Iraq is done, the people entrusted with stabilizing the city will come not from the regular army but from a hodgepodge of units calibrated to the sectarian passions of the country and the region.

The U.S. won’t admit it publicly, but the Iraqi army and the Shiite militias are not being kept out of the coalition that will work to hold the city after it is taken from ISIS because of concerns about their efficiency, but because of the deep sectarian divides that plague Iraq. Shiites and Sunnis are both Muslim, but the two sects have battled for hundreds of years. Iraq is majority Shiite, but Saddam Hussein was Sunni and kept fellow Sunnis in power for decades, oppressing millions of Shiites in the process. Since the U.S. invasion in 2003, there has been a reversal, and a reckoning. The divide is one of the reasons ISIS has been able to thrive; it is Sunni and passionately anti-Shiite, and Sunnis worried about Shiite domination have turned to it as a result.

The Iraqi military, which is largely Shiite, has often failed to stand up to defend Sunni areas from ISIS. In Mosul, Iraq’s second-largest city and a vitally important area for oil, Shiite soldiers were hostile to the Sunni residents, who in turn resented their presence in the city. When ISIS rolled into the city, many soldiers, feeling no real attachment to Mosul, took off their uniforms and abandoned their posts. Since then, it has been difficult for both the Iraqi and the U.S. governments to trust the Iraqi army to actually stand up and fight against ISIS in areas where Shiite soldiers don’t feel connected to the locals.

That problem is compounded by atrocities committed when Shiite fighters have been willing to wage battle in Sunni territory. After the northern Iraqi city of Tikrit was recaptured from ISIS in April, Shiite militias went on a rampage of lynching and looting.

As a result, U.S. military strategy in Iraq has until now largely hinged on Kurdish forces, including during the recapture of the town of Sinjar last month and a recent prison raid to free people held captive by ISIS.

But Kurdish forces will only advance so far in certain areas—and the Iraqi government is only comfortable letting them go so far. Beyond certain political and ethnic boundaries, the battle must be fought by Iraqi Arabs. The battle for Ramadi is the first test of the only realistic fighting force that the U.S. and Iraqi governments can put together in Sunni-dominated areas of the country.

More ISIS Is Still Winning Hearts And Minds In Iraq

At some point in the future, the anti-ISIS campaign must turn towards Mosul. The fight to take that city will be even tougher than the one for Ramadi has been. Raqqa, in Syria, may be the capital of the Islamic State, but Mosul is its true heart. ISIS hasn’t been challenged in Mosul for more than a year and a half, and during that time it has built up the apparatus of a state, including a functioning bureaucracy and a real economy. It has also worked on capturing hearts and minds in the city—which not coincidentally has been the showcase of its propaganda videos—by restoring social services, running charity drives and reopening amenities like a hotel and amusement park. And, a recent poll showed, that effort has paid off—40 percent of residents surveyed there recently said ISIS represented their views, up from 10 percent 18 months ago.

Even if this campaign is successful, the war against ISIS has barely begun. This strategy could well serve as the model for how U.S. and Iraqi militaries will look to take on ISIS’ bastion in Mosul if Iraq’s Sunnis demonstrate that they are finally ready to be part of the fight. The greater question will be whether they will be able to hold territory they’ve won, and keep it from slipping back into ISIS hands in the future.