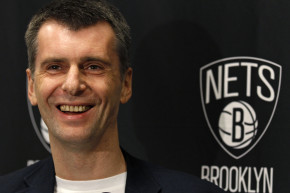 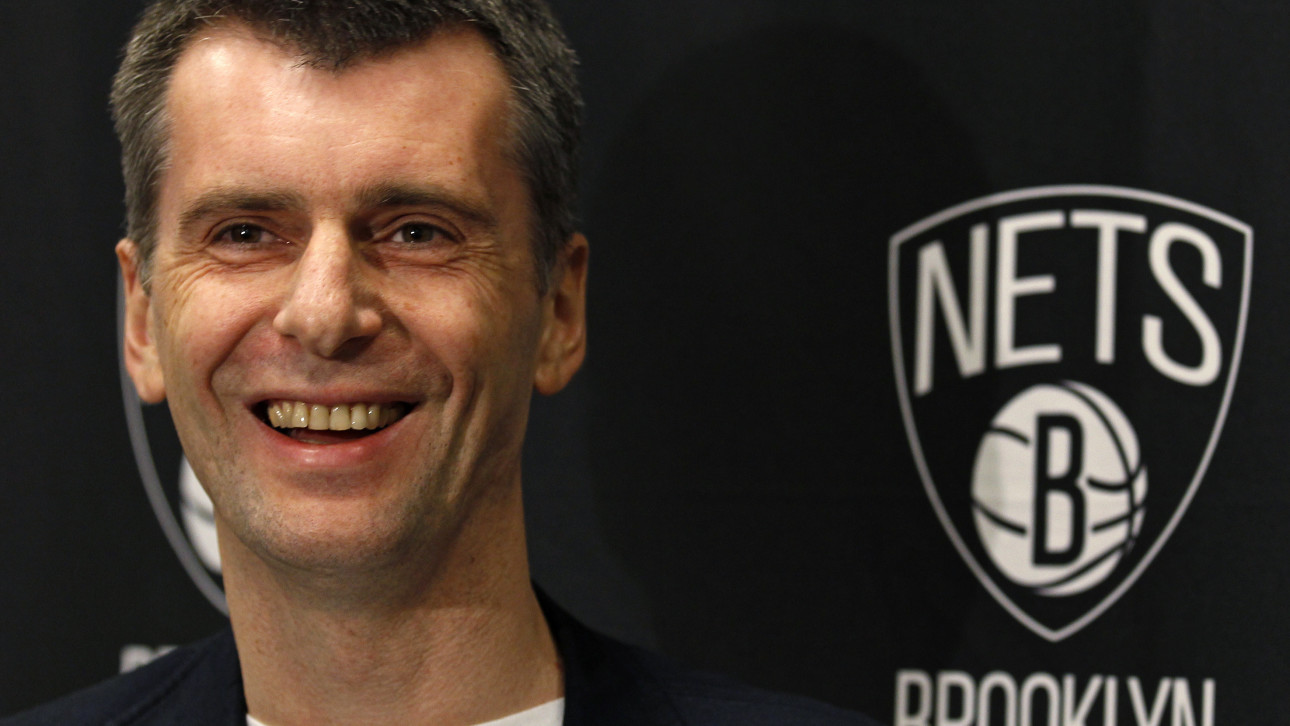 Russian billionaire playboy Mikhail Prokhorov’s Brooklyn Nets are one of the worst teams in the NBA. At 7-20, they own a better record than only the Philadelphia 76ers and the Los Angeles Lakers. Worse still, the Nets are a team with no future. Even with Joe Johnson’s unthinkable $24.8 million contract coming off the books next year, the Nets already have $59 million committed to their dumpster dive of a roster for the 2016-17 season, and they have already forfeited their next three first-round draft picks via trades completed way back in 2012 and 2013.

However, despite what looks like the failure of the Prokhorov regime, he’s making some serious bank on his investment. Prokhorov paid a mere $223 million for a majority stake in the club as well as a piece of the development project on what is now Brooklyn’s Barclays Center in 2010. Prokhorov recently completed a deal to take full ownership of both the Nets and the Barclays Center from former Nets majority owner Bruce Ratner.

Prokhorov previously owned an 80 percent stake in the team and a 45 percent stake in the arena. He reportedly will pay Ratner about $400 million to become the sole owner of both, placing a valuation for the total package at around $1.9 billion. That is all to say that even with the cash Prokhorov had to pony up to buy the rest of the team from Ratner, he’s still looking at a profit of over $1 billion.

Prokhorov is the tenth richest man in Russia with a net worth estimated at around $8.3 billion, a fortune largely amassed through Russia’s unregulated precious metals market after the collapse of the Soviet Union. Given that he’s a businessman first and foremost, it was perhaps naive to expect Prokhorov to get into this business for basketball reasons.

The Nets are an investment after all, and as former minority stakeholder Jay-Z put it in 2011, “The Nets could go 0 for 82, and I look at you like this shit gravy.” Thanks to the NBA’s revenue structure, in which national TV contracts—currently $930 million per year for the league and rising to $2.6 billion when the new deals kick in next season—are a primary revenue source and pay out equally to all 30 teams regardless of how they finish, Prokhorov’s gravy train is going to keep chugging no matter how many games the team loses. And the $511 million in tax-exempt bonds the Nets received from the publicly owned Brooklyn Arena Local Development Corporation isn’t going away either.

With billion dollar profits to be made, it’s no surprise that more and more financiers are salivating over the essentially free money available in the sports world. Between loaded television rights deals, government money that can be siphoned into stadium boondoggles without a single public vote and revenue sharing systems that ensure even the worst losing teams won’t go under, a sports investment is exactly the kind of low-risk, high-reward opportunity hedge funders fetishize.

The Milwaukee Bucks and the deal struck by Brooklyn financial giants Wes Edens, Marc Lasry and Jamie Dinan (combined net worth of $6 billion) serves as a perfect example. The $550 million pact reportedly includes a clause allowing the new owners to sell the team back to the NBA at a $25 million profit if ground isn’t broken on a replacement for Milwaukee’s dilapidated Bradley Center by November 2017. The Bucks got their stadium pushed through Wisconsin state and local governments this summer and will be receiving more than $200 million in state aid.

With the vast sums of money that NBA teams are selling for these days—the cheapest recent sale was that of the Atlanta Hawks at $730 million, this despite an 18-year-old stadium and consistently poor attendance numbers—the Bucks owners are going to make a huge profit whenever they choose to sell, fueled by a stadium built on the backs of Wisconsin’s taxpayers.

Even without a stadium scheme, investors have lots to like about the NBA. Look at hedge fund manager Josh Harris’s Philadelphia 76ers, who have opened each of the past two seasons with at least a 17-game losing streak. The 76ers have kept their payroll right near the NBA’s salary floor—so close to it in fact that the NBA Players Association has reportedly investigated their behavior for collective bargaining violations—and are happy to rake in television cash that the rest of the league generates while they do nothing but lose games and stockpile draft picks for a future that keeps getting pushed back further and further.

It’s been reported that the only reason the NBA finally intervened and pushed the hiring of former NBA executive and owner Jerry Colangelo to kickstart the 76ers was because small market owners were mad that Philadelphia, one of the NBA’s big-market teams, wasn’t producing its share of cash for the revenue sharing system.

You may be inclined to say, ‘Whatever, basketball is a business.’ But a good chunk of the money investors like Prokhorov, Harris and the Bucks owners are raking in is the direct result of state support such as tax money that supports the arenas and laws that exempt sports broadcasting deals from antitrust penalties.

The literal least we could demand from these billionaires is that they at least field entertaining teams with all of the public money that’s being directed straight into their pockets. But as long as the revenue structure of the NBA remains as is—where winning doesn’t matter a lick for profitability—there’s no reason financial titans like Prokhorov shouldn’t look to sports for their next big investment. It’s free money, and they would be idiots not to take it.