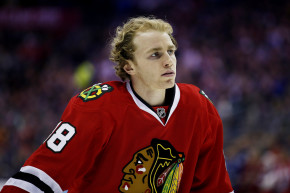 How Not To Write About The Patrick Kane Rape Allegation 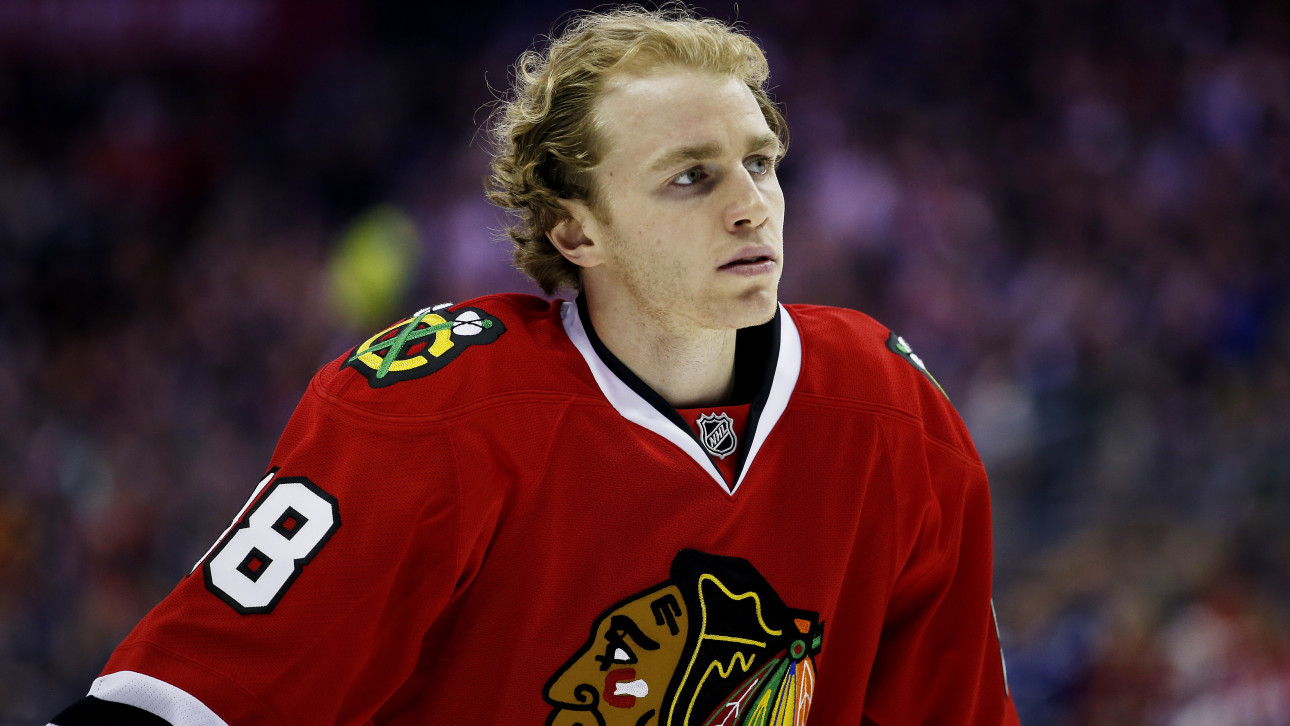 A professional athlete can overcome a rape accusation simply by being really good at his game—at least, in the eyes of certain sports journalists.

Amid an allegation of rape, and a recently ended police investigation, the NHL’s Patrick Kane has achieved a historic streak of consecutive games with a point scored and is also widely predicted to be the league’s MVP. Some reporters have sensitively covered Kane’s record-making, while also acknowledging the accusation against him and the NHL’s ongoing investigation—but others have crafted a narrative of a star player triumphing over adversity. Anti-sexual assault activists say it’s a prime example of how not to cover rape allegations.

This week, a USA Today headline trumpeted, “Patrick Kane distances himself from allegations with point streak.” The article began, “What started out as perhaps the lowest point of Patrick Kane’s young life has now turned into the best season of his NHL career.” The piece quotes a former NHL star as saying, “All that was happening to him must have been mentally exhausting. It was remarkable that he was able to stay focused with this hanging over him.”

Then there’s the Chicago Sun-Times piece—headlined with odd sexual innuendo, “Streaking Patrick Kane on top after rough patch”—which detailed his recent on-the-ice successes and said of the rape accusation, “[I]t all seems so distant now.” Perhaps, the piece speculated, Kane has had a “complete reversal of fortune.” The article continued, “What’s really remarkable, in a way, is that Kane has been able to emerge from an incredibly dark period to a stretch of incredibly productive excellence.”

And finally, there’s Canada’s Globe and Mail, which touted that Kane had not been “rattled by off-ice controversy” and called his stellar performance in this context a “neat trick.” It was characterized as almost heroic: “Even as the investigation percolated in the background, and fans in road arenas jeered, he kept playing and producing points.” The writer, gesturing to Kane’s past encounters with law enforcement, asked, “How good can Kane be if the events of the past three months actually scare him straight?” As a commenter put it on Twitter, “Rape allegations as perverse training method, we’ve reached a new sportswriting low.”

We’ve seen this happen before: football player Jameis Winston, he of “The Hunting Ground” fame, and Ben Roethlisberger had their on-the-field successes painted as “redemption” in the wake of rape accusations against them. It’s interesting to note that a report this week from the Women’s Media Center found that the vast majority of sports stories referencing campus sexual assault were written by men. All of the articles mentioned above were.

It’s pretty easy to responsibly cover the athletic performance of players accused of sexual assault, according to activists. Mary Haviland, executive director of the New York City Alliance Against Sexual Assault, says, “If you want to recognize a point streak, then recognize a point streak,” she says, but adds that journalists should not make any connections between sexual assault allegations and an athlete’s game. “They’re completely unrelated,” she said. “Excelling on the field in no way erases or does away with something you do off the field.”

Laura Palumbo, communications director at the National Sexual Violence Resource Center, says it’s perfectly fine to cover the performance of an accused athlete. “The problem happens when in the commentary there is the suggestion that an athlete’s performance … is in any way an indicator of their character or criminal history,” she said. “It’s a problem when the headlines convey that an athlete’s performance or success diminishes the significance of sexual violence, even if it’s an accusation of sexual violence.”

Narratives like this develop because of stereotypes about who commits rape—and of course help to perpetuate those inaccuracies as well, say activists. “Part of it is the cognitive dissonance that people have about sexual assault that, ‘Oh, he was such a good guy, he could have never done that’ or ‘Oh, well, he’s such a great athlete, how could he possibly be a violent person?’” says Sofie Karasec, co-founder of the organization End Rape on Campus. “There’s this very pervasive image of the rapist as somebody who hides in the bushes—that he’s not the quarterback or the star athlete or the straight-A student or the guy at Harvard law school.” Of course, the truth is that most survivors of sexual assault knew their attacker.

“It’s no exaggeration to say that this kind of coverage enables rapists by suggesting that being really good at something the culture values makes it OK to rape women,” said Jaclyn Friedman, author of “Yes Means Yes: Visions of Female Sexual Power and a World Without Rape.” “Responsible journalists should be making the exact opposite point: His athletic prowess may be impressive, but that doesn’t change the very serious nature of what he is alleged to have done.”