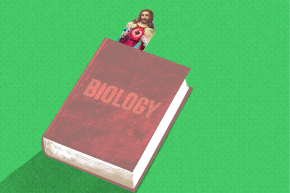 Science Hero Made An Evolutionary Diagram Of Anti-Evolution Laws

And creationists are pissed 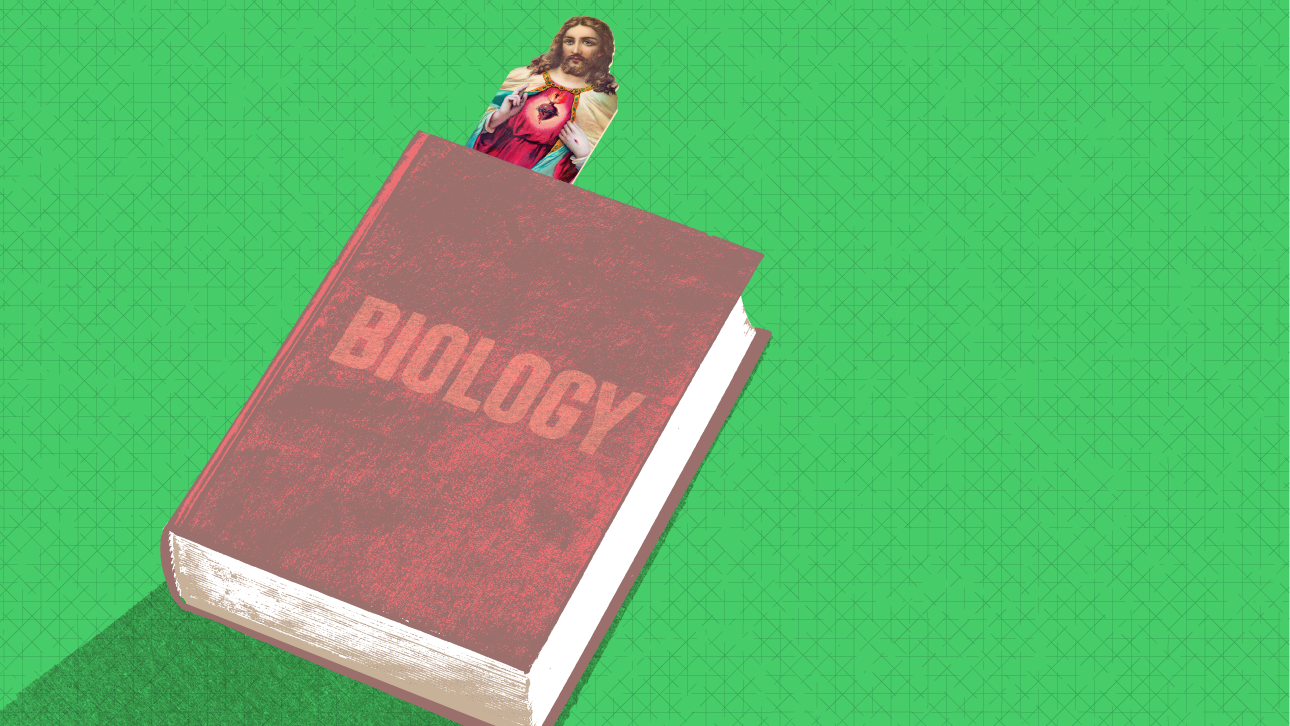 An evolutionary biologist published a scholarly act of trolling against creationists that was a decade in the making—a phylogenetic diagram showing the evolution of anti-evolution policy. Nick Matzke finished the study just in time for the 10-year anniversary of Kitzmiller v. Dover, one of the most important legal blows against the teaching of creationism in public schools.

To build the evolutionary chart, Matzke used BEAST (Bayesian Evolutionary Analysis Sampling Trees), a program that searches through millions of possible phylogenetic tree diagrams to determine the tree with the most overlap for a particular set of data. Phylogenetic trees, also called evolutionary trees, depict the evolutionary relationship between entities, often based on genetic or physical similarities. The software is used to study the evolution of everything from HIV to dinosaurs, but he may be the first to use it for legislation. Instead of using the program to study DNA similarities, Matzke used it to find similarities in the text of 67 anti-evolution bills introduced over the last 10 years. When the tree was complete, the results reminded Matzke of something.

“You could make a pretty good analogy between the evolution of anti-evolution policy and the evolution of variants of diseases,” Matzke told Vocativ. “Diseases often evolve to become less aggressive, because if they’re too aggressive they end up provoking an immune reaction or they kill the host. A disease that can go under the radar and hide from the immune system can spread to other people quicker.”

This parallels the way anti-evolution policy language became more subtle after aggressive bills were voted down. The study shows that legislators often reused the exact same language from past bills, only slightly modified. Matzke says early bills would have statements like: “Teachers should be allowed to teach the controversy on evolution, the origin of life and climate change.” Over time that message was softened to simply “teach the controversy.”

Matzke, who is postdoctoral fellow at the National Institute for Mathematical and Biological Synthesis, calls this current wave of anti-evolutionism “stealth creationism” and he asserts that is part of the reason we don’t read about creationism in the news as much. But while anti-evolution policy might be developing camouflage, Matzke doesn’t think it’s evolving intelligence. “There aren’t random mutations to these bills. It’s humans making decisions when you change something,” Matzke said. “But I think the intelligence involved is debatable. ‘Teach the controversy’—what does that even mean?”

Meanwhile, these bills only encourage teachers to misstate scientific facts or discourage students from learning “controversial science”, according to Matzke, who hopes his study will help proponents of fact-based science education to find hidden creationist agenda within bills.

West’s email to Vocativ, and his post, accused Matzke of publishing lies, misusing National Science Foundation grant money and wasting his time. “If I were an editor at Science, I think I would have been concerned that publishing Matzke’s article might cast phylogenetic analysis into disrepute by leading people to believe it is only good for producing trivialities,” West wrote in an email to Vocativ.

Friday morning, Matzke refuted the accusations in a post on his own blog, Panda’s Thumb, concluding: “It’s a shame that, in a world where phylogenetic methods have life-and-death relevance, the Discovery Institute continues to promote legislation with the purpose of convincing students that all this evolution stuff is just made up.”

This is just the latest chapter in a battle between the Discovery Institute and Matzke, a battle that goes back ten years to the 2005 federal court case Kitzmiller v. Dover, aka The Dover Panda Trial. The case revolved around a textbook, Of Pandas and People, a pseudoscience biology textbook with an intelligent design message, which the administrators at Dover Area School District in Pennsylvania wanted to use in classes. Matzke was the public information project director of the National Center for Science Education, which was providing consultation for  the plaintiff, Tammy Kitzmiller and ten other parents who didn’t wanted their ninth-grade children to learn that Intelligent Design was an alternative to Darwinism.

One of the key debates at the center of the case was whether the textbook was presenting Intelligent Design—the notion that there is some complex, master intelligence guiding biology—as a possible theory, or whether it was a work of Biblically-rooted creationism. Matzke believed the latter.

“I found evidence that indicated there were creationist drafts of Of Pandas and People.” Matzke said. “The lawyer [for Kitzmiller] issued a subpoena and they got the unpublished drafts of this book. And it turned out, yep, creationist terms had been turned into intelligent-design terms [in] about a hundred [instances] before that book was published.”

Thanks largely to these drafts, the judge determined that Of Pandas and People  “contains outdated concepts and flawed science,” and its use in the district’s school system was prohibited. As it turns out, the book was just another example of stealth evolution.