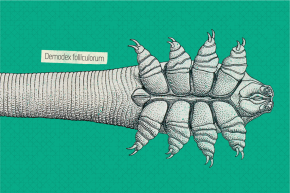 Scientists are finally studying the hundreds of mites crawling around our faces. It's gross yet strangely fascinating 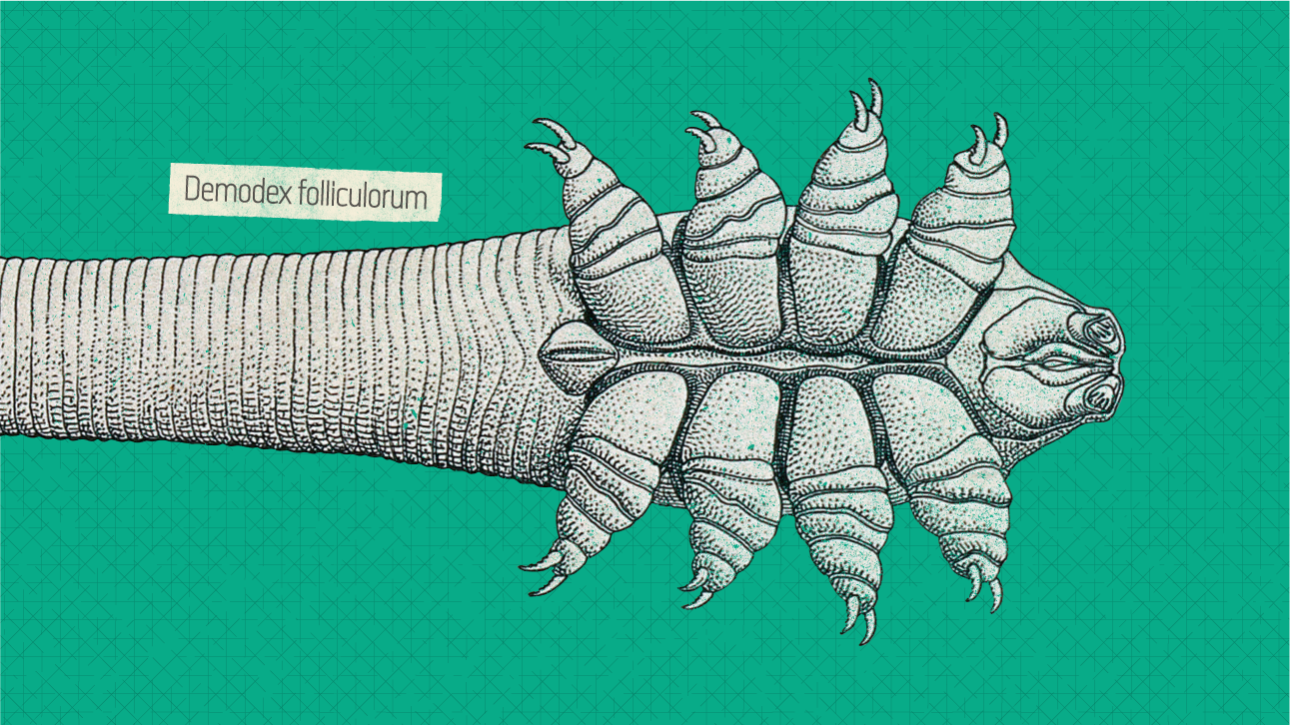 There are hundreds, perhaps thousands, of microscopic mites living on your face. You can’t see them or feel them, but you may have about two face mites per eyelash, and hundreds more clinging to the hairs that line your ears, nipples and genitals. “Face mites” are actually microscopic arachnids, closely related to spiders, and they dine on skin cells and body oils. With few exceptions, they’re quite harmless. But a new study published in PNAS suggests these mites are far more than just eight-legged freeloaders—they could be key to understanding how ancient humans migrated and evolved.

“It’s shocking that we’re only just discovering how deeply our histories are shared with the mites on our bodies,” said Michelle Trautwein, entomologist at the California Academy of Sciences and coauthor on the study, in a prepared statement. “They aren’t just bugs on our faces, they are storytellers.”

More Ladybugs Ain’t So Ladylike: A Guide To Their Toxic Color Scheme

We all have them, and we often have thousands on our faces, nestled in our eyelashes and eyebrows. In a study published in 2014, Megan Thoemmes of North Carolina State University reported that while mites big enough to easily catch and analyze exists on only about 14 percent of human faces, every human face contains some mite DNA. “A low population [of mites on a single human] would be maybe in the hundreds,” Thoemmes told the BBC earlier this year. “A high-mite population would be [in the] thousands.”

Two species of face mites are known to live on human skin. D. folliculorum lives near the skin surface (where it can more easily jump from one person to another) while D. brevis makes its home deep in the skin’s glands. But both species are ubiquitous among mammals, suggesting that face mites may have originated alongside early humans and then tagged along with their hosts as they migrated and evolved. This means that, somewhere in the DNA of those mites crawling around our faces today, the footprints of our ancestors remain preserved.

Specifically, the researchers wondered whether humans from different cultures harbored genetically distinct face mites. Common mite DNA would suggest common ancestors or early cultural encounters; distinct mite DNA would suggest isolationism. For the study, Trautwein and her team analyzed 241 mitochondrial DNA sequences taken from face mites belonging to 70 human hosts from several different nationalities. The most common way the mites were obtained was by dragging a bobby pin across the participants’ foreheads, then collecting the mites from the pin. They found that, based on ancestry, different people tend to host genetically unique face mites.

“The continent where a person’s ancestry originated tended to predict the types of mites on their faces,” Trautwein said. “Mite lineages can persist in hosts for [many human] generations. Even if you move to a faraway region, your mites stick with you.”

One likely explanation for the existence of the four different lineages is that European, African, Asian and Latin American facial skin differs. “Some [skin types] do show different levels of hydration, and different levels of oil production, and different density of glands,” Trautwein told Wired Magazine. As for the presence of European mites on everyone else’s faces, that’s likely a result of globalization, Matt Simon of Wired goes on to explain. “When Europeans occupied new countries, from Brazil to the Philippines, they brought along their face mites.”

The study also revealed that African Americans who have been living in the United States for generations often have uniquely African face mites. This suggests that mites tend to transfer between families, traveling to new hosts with genetics similar to that of their prior hosts. “Another exciting mite revelation from our work is that mites aren’t shared easily,” Trautwein said. “Mites are not casually transferred to passersby on the street. We seem to share mites primarily with our family, so it likely takes very close physical contact to transmit mites.”

Ultimately, Trautwein hopes that her team’s revelations about face mites could be used to combat human disease. Although face mites are harmless for most people, mites can be associated with skin and eye disorders, such as rosacea and blepharitis. The more we know about face mites and their genetics, Trautwein says, the closer we come to not only understanding human history, but also beating some of our least-understood diseases.

“Whatever the influence of mites on these disorders may be, it may depend on the mite lineages inhabiting a particular host,” Trautwein writes in her paper. “Ultimately, elucidating the evolution and transmission of [face mites] not only will be a useful step toward understanding the evolutionary history of humans but also will be critical to contextualizing their role in human health.”