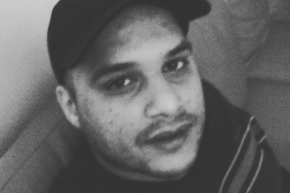 Before Terror Plot, ISIS Fixer Was An Obama Fan
By Shane Dixon Kavanaugh

Before Terror Plot, ISIS Fixer Was An Obama Fan

Before allegedly planning an attack in the U.S., the Maryland man liked a lot of Obama's plans, Vocativ has discovered

The Maryland man arrested by the FBI for allegedly receiving thousands of dollars from ISIS operatives overseas to carry out an attack in the United States spent time on Facebook showing support for a surprising leader: President Barack Obama.

Prior to his alleged interaction with the Islamic State, a Facebook account linked to Mohamed Yousef Elshinawy that Vocativ found using our deep web technology shows that he liked posts shared by President Obama’s official page. The Edgewood resident was also a fan of dozens of other public figures on Facebook, which ranged from Bill Gates to Islamic clerics condemned by the West for their radical views, a Vocativ analysis found. Elshinawy’s interests on the social media site were wide-ranging and included liking technology companies and video games, memes in Arabic, snapshots of Mecca and stunning natural landscapes.

Vocativ found at least seven instances between October 2013 and April 2014 when Elshinawy showed support for the president or elements of his administration’s agenda.

Elshinawy was among the more than 325,000 people who “liked” a photo shared by Obama in October 2013 that showed the White House bathed in pink light in support of Breast Cancer Awareness Month. Elshinawy would later go on to like posts related to Obama’s health care plan, economic opportunity and calls for celebrating religious diversity in the U.S. The profile linked to Elshinawy also followed two separate Facebook accounts belonging to the president.

A Facebook page linked to Mohamed Yousef Elshinawy, who is accused of supporting ISIS, promoted a handful of posts from President Obama's official account.

The U.S. president wasn’t the only influential person Elshinawy supported online. Vocativ also discovered that he followed more than 10 sheihks from around the world, though primarily from the Gulf region and from Egypt, where Elshinawy was born. These Islamic leaders included Saudis Mohammed al-Arifi, a cleric whose extremist views got him banned from Switzerland, and Dr. Aaidh ibn Abdullah al-Qarni, who was reportedly placed on a U.S. no-fly list in 2012.

Elshinawy’s last show of public support for Obama came in April 2014—about 10 months before he allegedly took a definitive shine toward ISIS. According to a criminal complaint, Elshinawy pledged his allegiance to the Islamic State last February, a day after the terror group released a video that showed them beheading 21 Coptic Christians. At the time, Elshinaway said his “soul was over there with the jihadists,” court documents allege.

The FBI discovered in June that someone living in Egypt was trying to send money to Elshinaway, who lived just outside of Baltimore, according to the complaint. Using PayPal, Western Union and eBay, he allegedly managed to pocket $8,700 from ISIS-linked sources, officials claim.

When confronted by investigators over the summer, Elshinawy acknowledged that he had accepted thousands of dollars from an ISIS source in Egypt. However, he claimed that he was trying to “scam some money” from the Islamic State, not wage an attack, according to the criminal complaint. The complaint said that Elshinawy used the money to purchase a laptop, pay-as-you-go phones and personal expenses.

The money he got was intended “to conduct an attack on U.S. soil,” said John P. Carlin, the Justice Department’s assistant attorney general for national security. Federal law enforcement officials said they had uncovered no specific plans by Elshinawy for an attack. The case against him appears to be one of the most serious because of the extent of his contacts with overseas militants.

Elshinawy was arrested on Friday and charged with providing material support to the Islamic State, lying to the FBI about money transfers and concealing evidence, the criminal complaint said.