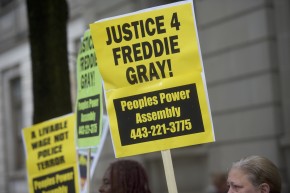 Freddie Gray Verdict: Why It’s Hard To Convict A Cop
By James King

Freddie Gray Verdict: Why It’s Hard To Convict A Cop 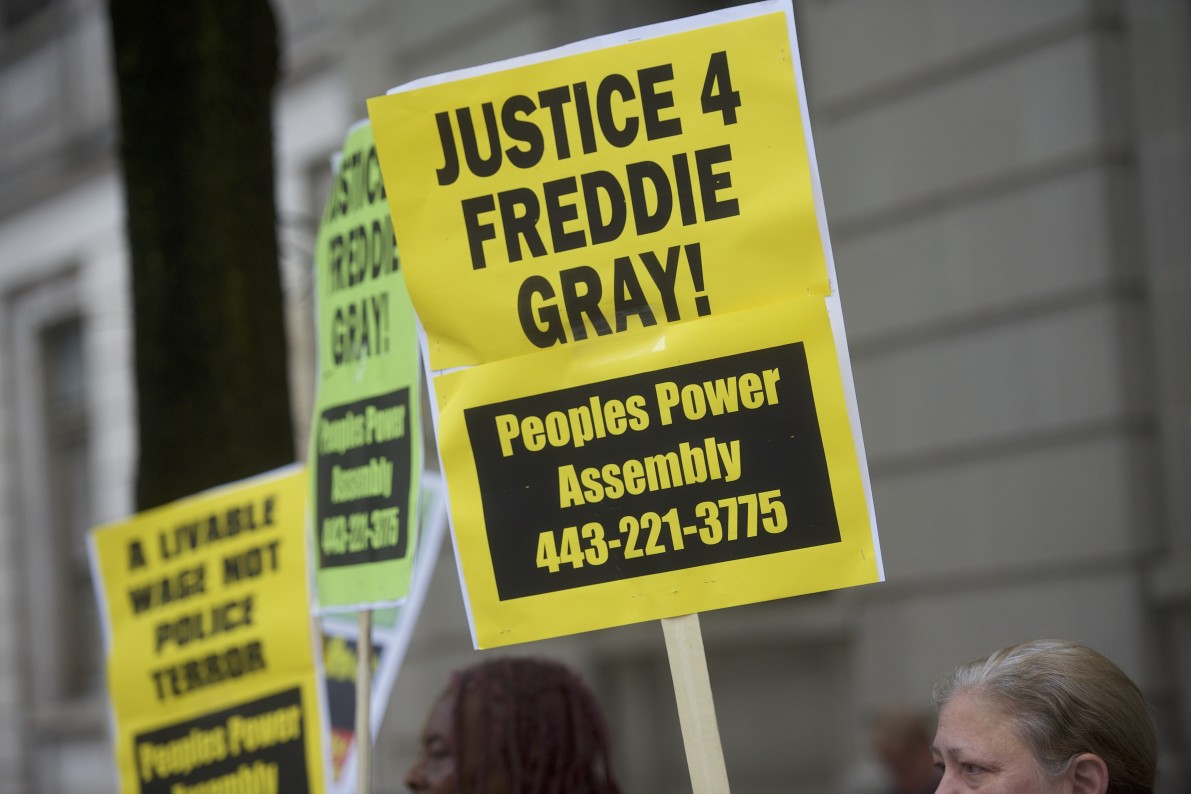 UPDATE: A Baltimore circuit court judge has since found two other officers charged in the death of Freddie Gray, Edward Nero and Caesar R. Goodson Jr, not guilty of all charges. Gray died from injuries sustained while in the custody of the Baltimore Police Department in April of 2015. The trial of another officer, William Porter, ended in a mistrial.

The judge declared a mistrial in the case of the first Baltimore police officer charged in the death of Freddie Gray on Wednesday, after the jury was unable to reach a unanimous verdict. Prosecutors will now decide whether to try the case again—but the odds of convicting the officer are not in their favor, according to data analyzed by Vocativ.

Officer William Porter was charged with involuntary manslaughter, second degree assault, misconduct in office and reckless endangerment. Authorities say Porter declined to get Gray medical attention after Gray asked for it repeatedly following his ride to the booking station, after he was arrested on April 12. Gray then slipped into a coma and died seven days later.

Jurors deliberated for 16 hours over three days, but couldn’t make a decision. Officer Porter is the first of six officers who’ll be tried in Gray’s death. Days of protests erupted across the city after Gray’s funeral, prompting the governor to declare a state of emergency. Many in the city remain angry, and authorities say they’re preparing for more demonstrations if Porter or the other officers are acquitted.

Whatever happens to the men on trial for Gray’s death, a police officer getting convicted of a crime is uncommon. According to data from the Bureau of Justice Statistics, only 32 percent of law enforcement officers charged with crimes are convicted. For the general public, the conviction rate is about 68 percent.

According to the data, law enforcement officials convicted of crimes are jailed about 36 percent of the time while the incarceration rate for the general public is 70 percent. Cops sentenced to time in jail or prison have an average sentence of 34.6 months compared to 49 months for the general public.

“It’s very rare that an officer gets charged with a homicide offense resulting from their on-duty conduct even though people are killed on a fairly regular basis,” Philip Stinson, an assistant professor of criminal justice at Bowling Green State University, told the Wall Street Journal in 2014.

A 2011 report from the Cato Institute’s National Police Misconduct Reporting Project found that states that fail to prosecute police officers charged with crimes have a higher rate of police misconduct reports. “There appears to be a correlation between higher misconduct rates and ineffective prosecution of criminal police misconduct charges when we see how the states with the worst prosecution rates rank in the lower 50th percentile for misconduct,” the report found.

The five other officers involved have been charged with crimes ranging from second-degree “depraved heart” murder to reckless endangerment. Their trials were scheduled to begin in early 2016, but could be delayed after Wednesday’s mistrial.