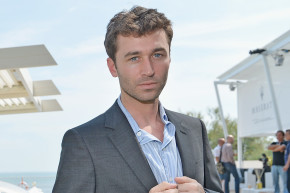 James Deen And The Limits Of Porn’s Consent Culture

“They just thought he was too aggressive, they didn’t like his style of shooting,” Love told Vocativ. She won’t work with him either, in fact, because she didn’t like how rough he was during performances—although she emphasizes that she never felt that he was abusive. “He kept grasping me down and tried to take control of the scenes like I was a little girl,” she said. “I’m very much a dominant person and don’t like to be pressed down.”

Love and the clients she has who won’t work with Deen signal to agents and directors their preference through the use of something called a “no list,” a tally of individuals a performer will not work with. These lists, which are not necessarily about people who have done something objectionable—an actor, including Deen, could show up on someone’s no list for a reason as mundane as lack of chemistry— are a widespread practice in the porn business. They are just one of many ways in which the industry, which may seem anarchic and care-free to people just watching the occasional video at a tube site, has attempted to codify informed consent. But the past week, in which a slew of performers have come forward with accusations against Deen of sexual assault, physical violence, excessive roughness and boundary violations—claims he recently denied in The Daily Beast—has raised questions about the strength of these safeguards.

No lists are a largely informal affair—there is no master database. Instead, performers communicate their “no’s” to agents, directors or anyone booking them. Sometimes directors maintain their own records of who will not work with whom.

“The top tier people have the luxury of saying, ‘I can have a no list a mile long.'” — Tristan Taormino

There is no one explanation for why one performer becomes another performer’s “no.” “The reasons a person lands on it is as varied as the person himself,” said Nina Hartley, a veteran of the industry, in an email. Her no list is, she said, populated by men she thinks are “assholes,” “too well-endowed for me” or someone with whom she has “zero chemistry.”

No lists are typically a “no questions asked” affair. “You don’t have to have a reason, and you don’t ever have to explain your reason to the booker,” said porn performer Lorelei Lee. “It might be someone you met or worked with and had a bad experience, or you might have a friend who’s told you something about that person that lands them on your no list, or you might just get a bad feeling about someone, or every so often, it could be something trivial.” Lee noted that she had a friend who’d put a male performer on her no list because he had a slight foot deformation.

Despite the aura of control that no lists provide, it can feel especially difficult to put a performer as popular as Deen on one. In LaBeau’s case, she continued working with Deen even after he caused what she told Vocativ was her “most traumatic” experience in the industry, because she felt she had to for the sake of her career. “The reason I couldn’t put James on my no list is because he’s so prolific in the industry, he’s so well-respected to the mainstream world and nobody had spoken up about him to that point,” she said. “That would be limiting my work.”

Some directors, like Taormino, have adopted more of an enthusiastic consent model, asking their performers for “yes lists” detailing who they most want as co-stars. “I say, ‘Who are your top five favorite performers and who is your absolute first choice?'” she said. Taormino, who hasn’t directed a scene in two years, says that Deen was one of the most frequently requested names when she was shooting. “People requested him at the top of their list all the time,” she said.

“My tears were very real in that scene, because he hurt me so bad.” — Bree Olson

During her Periscope broadcast, Olson said she did put Deen on her no list but then was allegedly pressured into taking him off by a production company. She said that she ultimately took him off her list and shot the scene. Olson went on to allege that in the resulting scene Deen hit and choked her too hard, and that he repeatedly pinched her in such a way that could not be seen on-camera.

“My tears were very real in that scene,” she said, “because he hurt me so bad.”