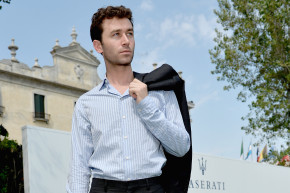 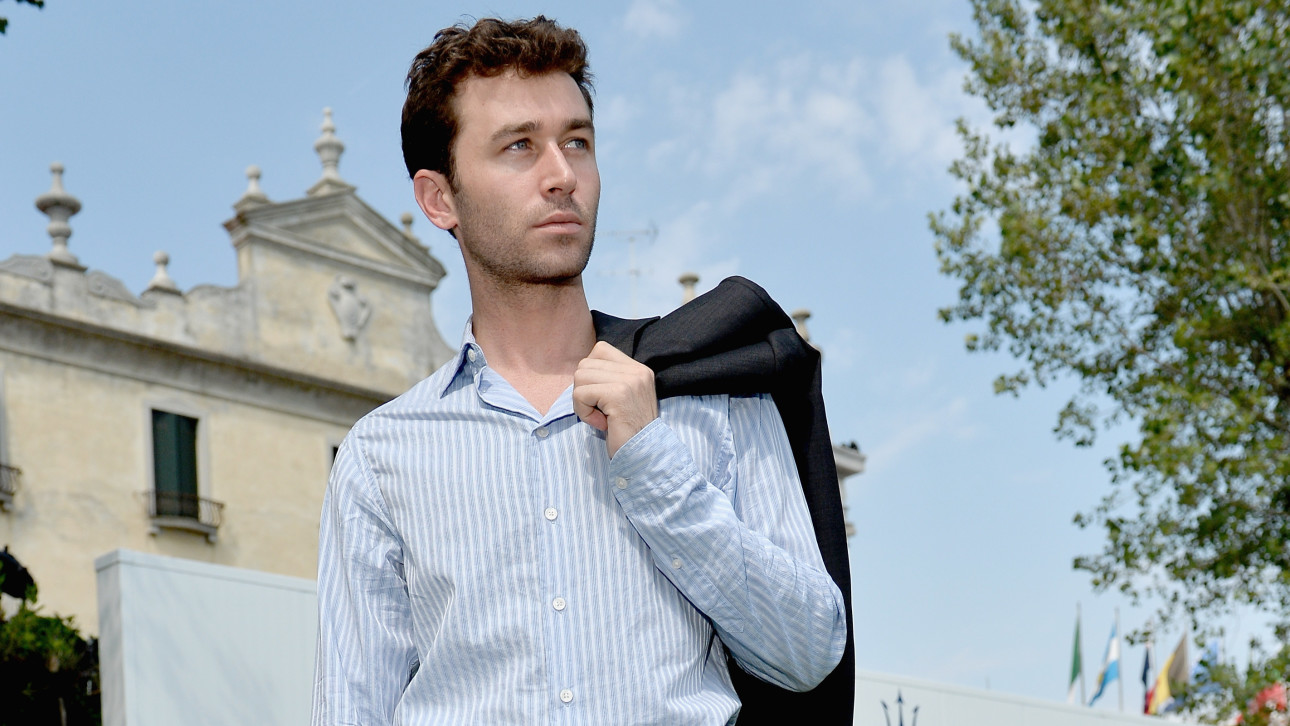 Lily LaBeau, who has performed with Deen several times, told Vocativ about an incident in which Deen hit her in the face so hard her jaw locked. She called it “the most traumatic thing that’s happened to me in my career.”

Derrick Pierce, an actor and director who is the first male performer to speak out with a story about Deen, and who was present for two incidents involving LaBeau and Deen, corroborated her account and said that they had contributed to his belief that Deen “doesn’t like limits.”

A third performer, who has asked to remain anonymous, corroborated LaBeau’s account.

These allegations come after Deen’s ex-girlfriend Stoya took to Twitter on Saturday to accuse him of raping her. Since then, seven additional women have come forward to accuse him of sexual assault or physical violence. Deen did not respond to a voicemail left seeking comment. His only public statement since Stoya’s allegation has been a series of tweets and an Instagram post in which he called the accusations “egregious” and said, “I want to assure my friends, fans and colleagues that these allegations are both false and defamatory.”

Pierce, who has performed many times alongside Deen, told Vocativ, “I see him pushing limits and he doesn’t like limits, at least not when I hired him.”

The first incident LaBeau described happened when shooting a film directed by Pierce that was released in 2011. Deen was performing with LaBeau and another man in what was supposed to be a couples-friendly—a genre that typically features more romantic or “vanilla” scenarios meant for couples to watch together—and only mildly kinky scene. Both she and Pierce say the expectations for the shoot were clearly communicated beforehand, but Deen had to be repeatedly reminded of the limitations. Pierce said he also had to remind the other male performer of the relatively tame nature of the shoot, but LaBeau said Deen was the real problem.

“The first thing he does is he walks over, I’m tied up, and he spits in my eye. It just went from zero to sixty, just degrading,” she said. “To just start a scene by spitting in someone’s eye, especially for a more vanilla company, he knows they can’t use that.” Pierce confirmed that this happened and that they had to cut it from the final product. “I just remember with that scene having to cut, cut, cut,” said LaBeau. “‘No can’t do that, no can’t do that.’ It was getting ridiculous.”

“I see him pushing limits and he doesn’t like limits, at least not when I hired him.” — Derrick Pierce

Both men made adjustments when asked, but Deen objected to the limitations and was a “smart ass” about them, according to Pierce. “James always had something to say,” Pierce said. He said he had to repeatedly tell Deen to refrain from kink that was excessive for the shoot, although he could not remember the exact acts that caused him to have to correct Deen.

In a later incident, LaBeau was performing in a scene for Kink.com’s Upper Floor, a live-streaming BDSM group sex series. LaBeau was the star of the scene, the conceit of which was that she was being initiated as a sex slave; there were several other female performers involved, as well as multiple male performers and a number of people simply in attendance watching. LaBeau and Pierce, who was also performing, said Deen was not scheduled to perform in the scene, but that he began to participate. (It is not uncommon for on-camera audience members in the Upper Floor’s party scenes to interact with the female talent in a limited capacity, nor is it unheard of in LaBeau’s experience for professional performers who are not officially scheduled for the shoot to participate.) At one point in the scene, Deen grabbed a cattle prod, a shocking device that is sometimes used in kink, and held it near her head. LaBeau said the device was on her “no” list and that Deen was well aware of it. “The cattle prod makes me go into complete panic,” she said. “When you pull it out, I’m done, I’m scared, I’m crying, I can’t think.”

A few minutes later, Deen comes back into the scene. “You said no cattle prods, right?” he asks her. “Yes, sir,” she replies. They then go back and forth briefly about whether other electrical shocking devices are O.K.—”You know I don’t like electricity, sir,” she says at one point—and then she relents, allowing Deen to use another device on her. He is shown using it to shock her on her breasts and holding it to her tongue as she is having sex with Pierce.

Later, LaBeau said, Deen grabbed the paper list detailing what she was and was not willing to do and began systematically trying or instructing the other female performers present to try the acts that she had indicated were OK—for example, cunnilingus, spitting in her mouth and then finally face-slapping. When he got to “foot worship,” LaBeau said, Deen put his foot in her mouth. While his foot was in her mouth, she said, “I just remember him taking his hand really far back and then just hitting me hard. Hard. Like, too hard,” she said. “I heard and felt an almost crack in my ear, from my ear down to my chin. I couldn’t close my mouth.”  It wasn’t the fact of face-slapping that was at issue—in fact she was slapped on her face again later in the scene—but rather the intensity of it.

Shortly after the slap, the camera cut away. LaBeau, who had until then been the primary focus of the scene, was off camera for more than five minutes, and the action moved to another part of the room. She said the crew and some cast members, including Deen,  rushed around her, told her she had a locked jaw and instructed her to relax and massage it for a while until she could move it again.

“I honestly don’t remember what happened after that,” she said. “I’m still dealing with trauma from it. Even talking about it right now, little tears come to my eyes.” LaBeau later added, “Even to this day, certain people holding my head a certain way will bring up a lot of trauma and cause me to start crying.”

Another female performer in the Upper Floor shoot, who asked to remain anonymous in order to protect her own privacy, said she witnessed Deen hit LaBeau, as well as the aftermath in which LaBeau’s jaw was injured. “It was a really intense night,” she said of the shoot. “And I do remember him being really aggressive with her.”

Pierce said he remembers the crew tending to LaBeau’s injured jaw. Sometime after that, he said LaBeau looked at him and mouthed the words, “Help me.” Pierce said he then lightly asked Deen to leave the scene and let him take over, and Deen did.

After that, according to Pierce, LaBeau told him, “Thank you, I can’t stand him… he never respects my limits, he almost never listens to what I tell him to do or what not to do. I don’t like working with him, I won’t work with him anymore.” Pierce said he asked LaBeau why she had greeted Deen politely in the first place and she responded that she saw him all the time, since he got so much work, and didn’t want him “getting pissed off.” According to Pierce, when he then asked her why she agreed to the impromptu filming with Deen, she responded, “I didn’t, he just picked up the stuff and I didn’t want to make a scene.” LaBeau does not remember much of what happened after Deen hit her, but she said that Pierce’s recollection sounds correct to her.

Asked about the descriptions given by the actors, a spokesman for Kink.com said in an email to Vocativ that he couldn’t speak to the specifics of this shoot without further checking, but added, “[T]he reason Kink adheres to the Model Bill of Rights so strongly is to prevent those types of lines from being crossed. On a large shoot, not everyone is always aware of every interaction. That’s why Kink gives performers, but also every person on crew the right to call the safe word ‘red’ and stop a scene at any time.” He later confirmed that Deen was “ejected” from the shoot.

“I honestly don’t remember what happened after that. I’m still dealing with trauma from it. Even talking about it right now, little tears come to my eyes.” — Lily LaBeau

LaBeau emphasized multiple times that she believed this incident should be used as evidence that the industry needs better safeguards to protect performers, not just to condemn Deen. “The thing is, James isn’t the only one who’s crossed boundaries,” she said. “James is the one that was the worst, but there’s been other ones. It’s not just James and that’s the problem.”

LaBeau said she continued to work with Deen after the Upper Floor shoot because she felt she had to for her career and that “up until that point no one had said anything about him.” In fact, she said he later recommended her for “The Canyons,” the film he co-starred in with Lindsay Lohan, and she ultimately appeared in a small role listed on IMDB as “Young Hot Girl.” The incidents were not alarming enough for Pierce to stop working with Deen, he said. He continued to work alongside him and perform in Deen’s own films. But following the recent accusations against Deen, Pierce said, he would never cast him again.

The actress added, “Most performers, if it looks like they’re being very aggressive, what you don’t see is their hand positioned in a place to make sure that you don’t hit your head or that you’re comfortable. Most male performers do that. James is the opposite. He’s the one who will make it look like it’s this romantic scene to the camera and what you don’t see is that he’s twisting your nipple or pinching you or jabbing you in some way.”