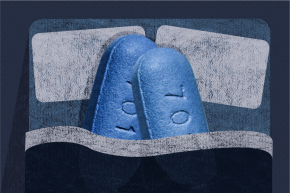 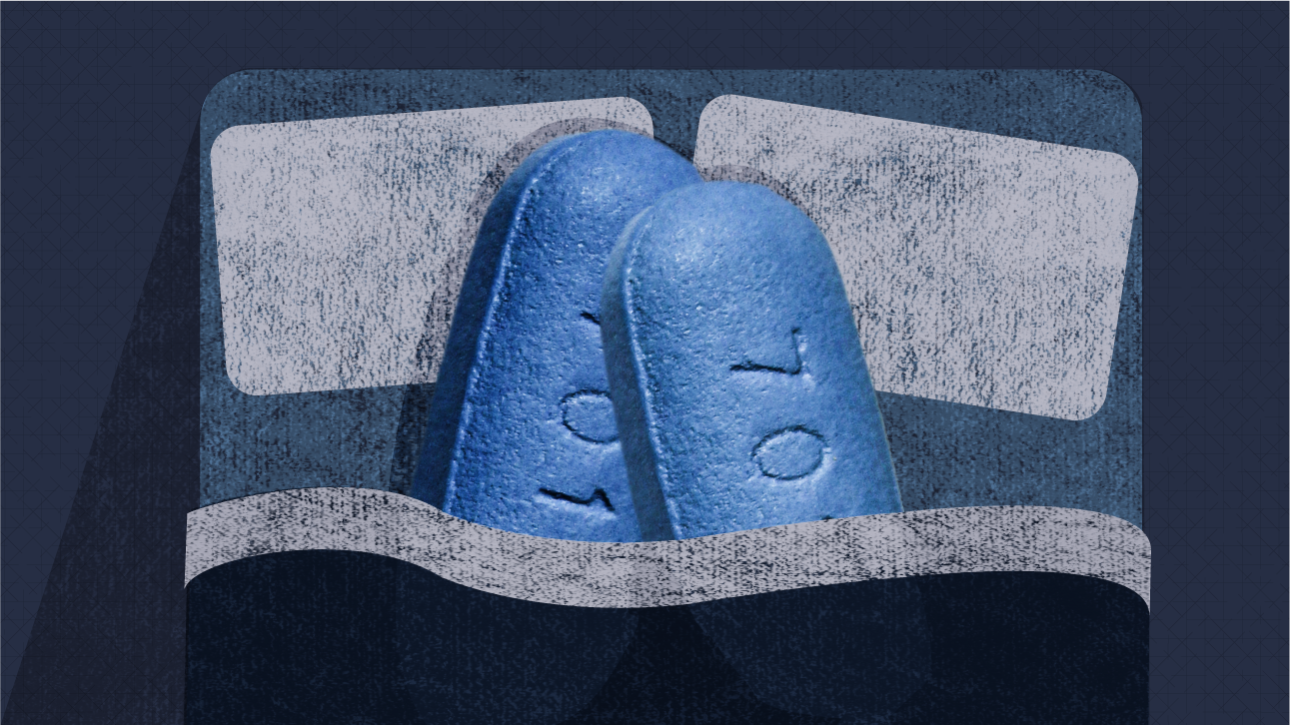 It’s World AIDS Day, and the New England Journal of Medicine is marking the occasion by releasing a study that suggests those who take Truvada, an antiretroviral drug that can prevent HIV, as-needed (right before and after high-risk sex) may be protected from HIV just like those who take daily pre-exposure prophylaxis, or “PrEP”. The findings could offer Truvada users an alternative to the daily regimen of popping pills to prevent HIV.

“A lot of people are not comfortable taking [Truvada] every day,” says Cécile Tremblay, PhD, a microbiologist at the Université de Montréal and coauthor on the study. “They forget. They stop taking it. They put themselves at risk. Then our approach comes in and offers them another option.”

When Truvada hit the market in 2012, it changed how high-risk groups, such as some sex workers and some men who have sex with men, viewed sexuality, protection and STIs. But with the miracle drug came a cost—you have to take it every single day, whether or not you plan on having sex. In the long-term, that simply wasn’t sustainable. In fact, two recent Truvada trials for heterosexual women found that participants took the drug so infrequently that their risk of contracting HIV was no less than the people taking a sugar pill.

Researchers at Université de Montréal set out to change that, and enrolled 400 high-risk participants in a trial to test whether Truvada works on an as-needed basis. All participants were given condoms as well as psychological support, and handed either Truvada or a sugar pill (which is about as terrifying as it sounds. However, participants did provide written, informed consent, and were largely made up of people who were already engaging in high-risk sex without PrEP). Scientists then followed each participant over the course of nine months, and told them to take two pills immediately before sex, a third pill 24 hours later and a fourth pill 24 hours after that.

By the end of the trial, only two people who had taken Truvada were diagnosed with HIV (as opposed to 16 in the control group)—and those two unlucky participants hadn’t been taking the drugs as instructed. The results suggest that when Truvada is taken as-needed, it’s at least 86 percent effective.

“Nobody who took it as they were supposed to got infected,” Tremblay says. “When you take it, it’s almost perfect protection…in fact, it’s probably better than 86 percent.”

One of the biggest surprises in the findings was that the participants had unusually high levels of compliance. Both the participants receiving placebo and Truvada more or less took their meds (with a median compliance rate of about 15 pills per month) which is almost unheard of in clinical drug trials. Tremblay believes the regular counseling had something to do with that. “An entire package of prevention was given,” she says. “Of course when you feel you’re being listened to, and someone cares for you, that definitely helps with adherence.”

Because of these findings, Tremblay suggests that people taking Truvada (whether every day or as-needed) incorporate regular doctor visits into the process. “We don’t feel [Truvada] should be given to just anybody,” she says. “It needs to be a targeted population at high-risk of acquiring an HIV infection in a program that’s going to deliver these other steps of counseling.” (Incidentally, the CDC has already issued similar guidelines).

As for compliance, Tremblay is as stumped as anyone. It isn’t easy to get patients to take their pills, whether you’re dealing with heart medication, antibiotics or Truvada. That’s one of the reasons why childhood vaccines are so effective—you don’t have to remember to take an MMR vaccine every day to prevent measles. In the case of Truvada, however, taking the pill as-needed could have an indirect effect on compliance, Tremblay says.

When people take Truvada right before sex, “they begin to associate taking the pill with sexual activity,” Tremblay says. “That helps them remember it, and it results in less exposure to HIV.”