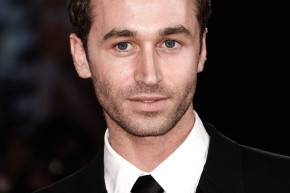 Kink.com and Evil Angel distance themselves from the performer, who stands accused of sexual assault

Update: Porn company Evil Angel, which has distributed nearly 100 films starring Deen, told Vocativ that it has decided to stop selling new scenes featuring the performer, at least for the time being. “In light of the recent accusations against James Deen, Evil Angel today has decided not to sell any newly created scenes featuring Deen,” the company’s president John Stagliano said in a statement. “While our company presents what is consensual and exploratory about aggressive and rough sex, these accusations are of a nature so contrary to our company values that we feel it necessary to suspend the sales until more information is available.”

James Deen held me down and fucked me while I said no, stop, used my safeword. I just can't nod and smile when people bring him up anymore.

Ashley Fires told The Daily Beast that Deen sexually assaulted her while she was at Kink.com’s headquarters in San Francisco. “Later on that night, I was getting out of the shower of the communal bathroom at Kink, I reach for my towel to dry off, and he comes up from behind me and pushes himself and his erection into my butt,” she said. “He pushes me against the sink and starts grabbing on me and I was like, ‘No, no, no James, no,’ and he released me from his grasp.”

Acworth told Vocativ that as a result of the accusations, Kink will review its Model Bill of Rights to “strengthen rights of performers off-set” and “work with the larger industry to help performers who have been assaulted to more easily come forward.” He added, “Our performers deserve not only safe sets, but the ability to work without fear of assault. Rape or sexual assault, with or without a safe-word, off-set or on, should never be accepted as a hazard of adult production.”