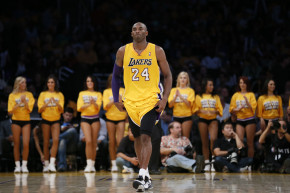 Kobe Bryant’s Slam-Dunking Career Was Over Two Years Ago

Star basketball player Kobe Bryant’s announcement that he is finally stepping off the court comes on the heels of his worst two seasons since his rookie year.

Injuries have caused Bryant to miss 123 games during the past two seasons, and this year he is shooting at a career-worst 31.5 percent, which means he is missing more than two out of every three shots he takes. Bryant’s benchworthy field goal percentage (the ratio of field goals made versus field goals attempted) and three-point percentage, (three-pointers made to those attempted) both rank last in the NBA among qualified players.

After five NBA championships, two Olympic gold medals, 17 All-Star game selections and more than 32,000 total points, the 37-year-old penned a farewell love poem entitled “Dear Basketball” in which he announced that he will retire from the LA Lakers at the end of the current NBA season.

Knowing that he’s throwing bricks more than two-thirds of the time must be a tough stat to swallow for Bryant, the NBA’s top point-scorer in the 2005/2006 and 2006/2007 seasons. Bryant’s awards for excellence in the sport came in two waves. After playing on three NBA championship-winning teams between 1999 and 2002, Bryant was honored as an All-NBA Team member, bestowed to the best players in the league, between 2001 and 2004. After a slump during the 2004/2005 season, incidentally the year before he broke the NBA’s points record for the first time, Bryant returned to winning ways, scooping several major awards every year for the next decade.