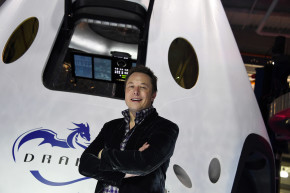 After reports proclaimed Jeff Bezos the winner of the reusable rocket race, Elon Musk explained in a Twitter rant why Blue Origin isn't a major accomplishment

The rarest of beasts - a used rocket. Controlled landing not easy, but done right, can look easy. Check out video: https://t.co/9OypFoxZk3

But fellow Internet mogul-turned-rocketman Elon Musk was quick to throw shade at Bezos. First congratulating Bezos, then reminding him and the rest of the world that his rocket is still better than Bezos’ rocket.

Getting to space needs ~Mach 3, but GTO orbit requires ~Mach 30. The energy needed is the square, i.e. 9 units for space and 900 for orbit.

Musk then put down his phone, reflected (brooded?) for over four hours and continued.

@JeffBezos Not quite "rarest". SpaceX Grasshopper rocket did 6 suborbital flights 3 years ago & is still around. pic.twitter.com/6j9ERKCNZl

The response came amidst reports from from the likes of Popular Mechanics, Popular Science, Fortune, The Daily Mail and Engadget that Bezos had beat Musk in the reusable rocket race, which is just one step in the larger corporate space race currently being waged between Musk, Bezos and Richard Branson’s Virgin Galactic.