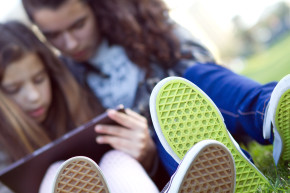 For Teens On Facebook, More Friends Mean More Problems
By Joshua A. Krisch

Facebook may be stressing out teenagers. Scientists found that teens with more than 300 Facebook friends tend to have higher levels of cortisol, a stress hormone. The findings suggest that teen stress levels may be related to the size of their social networks, according to a new study published in the journal Psychoneuroendocrinology.

“One of the best predictors of increased levels of stress hormones is the number of friends a teenager has on Facebook,” says Sonia Lupien, professor of psychiatry at the University of Montreal and coauthor on the study.

Teens are obsessed with Facebook, with as many as 95 percent of adolescents worldwide on the social network. It makes sense that Facebook plays a role in how teens socialize—and therefore how they deal with teenage drama—but until now there has been little research on the subject.

Prior studies have found that frequent social media users do not have higher levels of self-reported stress than the general population, although at least one study found that people with lower self-esteem tend to be especially concerned with what others post about them on Facebook. But now, Lupien and her team have demonstrated for the first time that certain behaviors on Facebook can likely predict stress hormone levels in teens.

For the study, Lupien and colleagues recruited 88 teens between ages 12 and 17, and asked them about how often they’re on Facebook, how many friends they have on the social network, how often they “Like” a post and how often they post themselves. Then, the team collected saliva samples from each teenager four times a day for three days to determine their cortisol levels.

Although the researchers found no connection between Likes or posts, they did find a surprising correlation between stress hormones and the number of Facebook friends teens reported. Those with more than 300 friends had higher average cortisol levels, suggesting they experience higher levels of stress.

Now, cortisol is not the only stress hormone out there (and studies have recently cast some doubt over how important cortisol is in regulating stress and depression). At the very least, however, the study implies that teens with more Facebook friends are, “producing more of the stress hormone on a daily basis,” Lupien says.

That’s somewhat disturbing, because prior studies have shown that 13-year-olds with high daily cortisol levels are about 40 percent more likely to suffer from depression by age 16. This doesn’t necessarily mean that parents should sneak onto their kids computers and begin un-friending en masse, Lupien says, but it may be worthwhile asking teens (and perhaps trying to figure out, ourselves) whether we really need 2,000 Facebook friends, most of whom we never talk to anyway.

“When Facebook came in, kids started to have a lot friends because it was popular,” Lupien says. “But if they regret this, there’s no reason why they shouldn’t get rid of a couple of friends on there.”