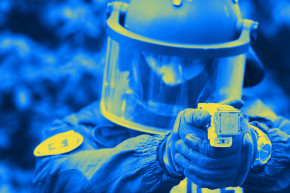 Tasers Could Cause Major Health Problems
By Joshua A. Krisch

Tasers Could Cause Major Health Problems

Tasers aren’t as lethal as guns, but getting shocked by one is no picnic.

“I just felt boom, boom,” Paula Pete, a woman who was shocked by police with a Taser in 2006, told The New York Times. “It hurts you. It shivers your body. It makes your heart beat fast. All your life is out of you for a good five, maybe 10 minutes. You’re looking around like, ‘Oh, God, what just happened to me?'”

Now, a review paper published in the British Medical Journal presents the mounting evidence that Tasers are not only unpleasant—they can cause irregular heart rhythms and even death, if used improperly.

More Law Enforcement Agencies Use Tasers Over 300,000 Times A Year

Tasers are certainly less lethal than guns, but that doesn’t mean they’re safe. Amnesty International estimates that Tasers have caused over 500 deaths since 2001, and that police officers discharge Tasers roughly 900 times per day. Those figures are hard to corroborate, but at least a few medical conditions can clearly be traced back to Tasers. Studies suggest Tasers can cause eye injuries, seizures, collapsed lungs and head injuries when victims hit the ground.

Whether Tasers can directly kill victims by shocking their hearts out of whack remains an open question. In theory, it’s entirely possible. One poorly-timed electrical shock can disrupt the heart’s internal electrical system (specifically if the Taser strikes just as the ventricles are recovering from a previous heart beat) and cause deadly heart rhythms. Incidentally, old pacemakers used to occasionally misfire and cause this very problem.

Nobody can prove it, however. In order to establish that a Taser caused an irregular heart rhythm, victims would have to be conveniently hooked up to heart monitor before the Taser fired. Since police seldom shock perps in the hospital (and human studies would be unethical) we’re back to square one.

Still, there’s data out there (mainly from pig trials and human post-mortems) that suggest Tasers can kill.

“I think the information is overwhelming to support how a Taser shot to the chest can produce cardiac arrest,” Douglas Zipes, cardiologist and author of at least two studies on the subject, told the Guardian in 2013. “My admonition would be avoid the chest at all costs if you can.”

In his 2014 study, Zipes demonstrated that Tasers had caused deadly heart rhythms in eight patients (seven of whom died). He concluded that Tasers, “can induce VF in humans, transforming the argument from if it can happen to how often it happens.” In response, a Taser spokesperson told USA Today that the article, “does not support a cause-effect association” and noted that Zipes had previously testified as an expert witness against TASER International.

In any case, it seems likely that chest shots are at least potentially dangerous. TASER International agrees and, since 2009, the company has warned police not to aim their weapons at the chest. A Guardian investigation, however, revealed that police in the UK continue to hit victims in the chest 57 percent of the time.

“When you’ve got a violent assailant who is facing you, coming towards you and you have to make a split second decision whether to use Taser or not, the chances are that clearly you’re going to aim for the torso and it may well be that one or both of the barbs will attach within the chest area,” Simon Chesterman, deputy chief constable of West Mercia police, told the Guardian.

More TASER Is Cashing In On Police Body Cameras

The newest BMJ report highlights this problem, and adds that prior studies, “have not included people with heart disease or alcohol or drug problems or the high heart rates triggered by a real confrontation.” That is, when you’ve had one too many beers and police are chasing you down a dark alleyway, your heart isn’t at its best. People who are about to be stunned by a Taser, then, are frequently not in the best heart health to begin with.

Meanwhile, a review by the US National Institute of Justice concluded that deadly heart rhythms were a “plausible but unproven” result of Taser shots, and legal decisions have followed. Taser lost an $10 million lawsuit in the United States for failing to warn officers about giving lengthy shocks to the chest, and a UK court attributed a death to a Taser shock for the first time in July 2015.

Still, the author of the BMJ study recognizes that this last case may not have been entirely the taser’s fault. The author writes: “an inquest concluded in July that the nine second shock he received in conjunction with two ‘distraction strikes’—punches to the head from officers while handcuffing him—’more than materially contributed’ to the stress that led to his cardiac arrest.”