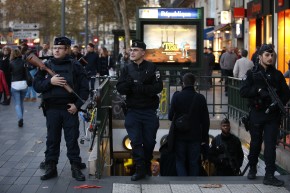 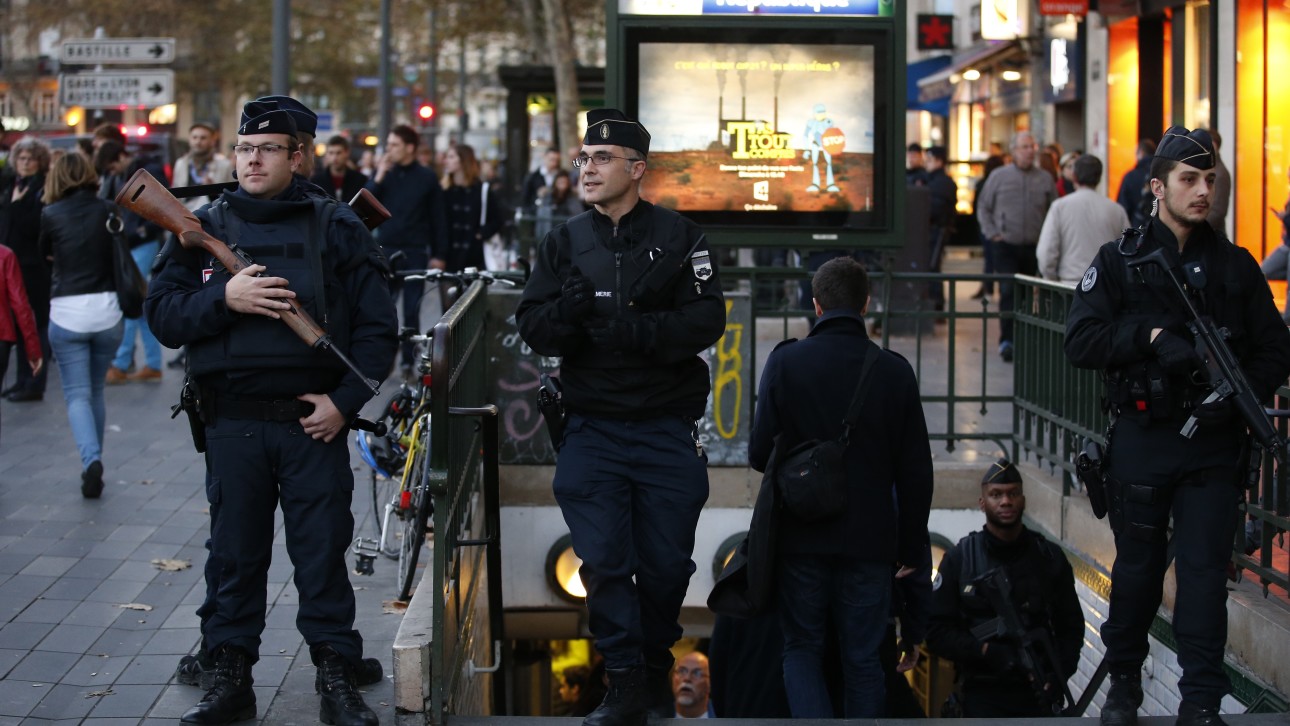 Two brothers from France as well as a man who had traveled to Syria to fight for the Islamic State have been named as being directly involved in Friday’s deadly attacks in Paris that killed at least 132 people and injured hundreds of others, French authorities and a senior European intelligence official said on Sunday.

French police released the name and photo of one of the brothers, identified as Salah Abdeslam, who is believed to be the sole assailant who survived Friday’s three-hour massacre. Six other suspects blew themselves up during the attack, officials said. A seventh died in a shootout with police.

Authorities said that the 26-year-old Abdeslam was a “dangerous individual” and that “above all do not intervene yourself.” Four French officials told the Associated Press late Sunday that Abdeslam had been questioned by police the night of the attacks but later released, the news service reported on Twitter.

The senior intelligence official, who spoke to the Washington Post, said that Salah Abdeslam’s brother, Ibrahim was also involved in the attacks. The siblings were French nationals who had been living for several years in Belgium. One of the brothers was a suicide bomber, said the intelligence official, who spoke to the Post on the condition of anonymity. The other is believed to have rented one of the cars used in the attacks and helped with logistics.

The official also identified another assailant as Bilal Hadfi. Hadfi also lived in Belgium and investigators confirmed that he had fought with the Islamic State in Syria, the official said.

The new revelation brings the number of identified assailants to four. Late on Saturday, French authorities identified Ismaël Omar Mostefai, 29, as a bomber in Friday’s violence using a fingerprint from a severed finger. French daily newspaper Le Figaro said Mostefai blew himself up after shooting victims at the Bataclan concert hall—one of six sites that were targeted. Mostefai’s father and brother were being held by authorities, Le Figaro reported.

Another name that arose out of the investigation Sunday was Ahmad al-Mohammad, 25, from Idlib, Syria. A Syrian passport found near one of the attackers was identified by Serbian publication Blic as al-Mohammad, but the passport had not yet been confirmed as an authentic Syrian passport. Both Serbian and Greek officials said al-Mohammad crossed their borders with thousands of other migrants, on October 7 and 3 respectively.

ISIS claimed responsibility for Friday’s coordinated attacks—violence that French President Francois Hollande called an “act of war.” He vowed a “merciless” response to the atrocity.

On Sunday, at least seven men were arrested in Belgium in connection to the Paris attacks and a swelling manhunt for an eight suspect was underway. Earlier in the day, three Kalashnikovs were reportedly found in an abandoned car that investigators linked to Friday’s violence.

Tons of questions remain about the assailants. One question revolves around a Syrian passport that was found near the body of one of them. The name of the document is linked to a man who had traveled to Europe through Greece on a path taken by a wave of migrants. But a U.S. intelligence official told CBS News that the document could be fake. The picture didn’t match the name, the U.S. official said, and the passport didn’t have the right amount of numbers, CBS News reported.

Over the weekend, Paris was in a thick state of mourning. The Eiffel Tower went dark on Saturday as France grappled with the aftermath of the deadliest violence to strike the nation since World War II. In New York City, hundreds gathered at a vigil in Washington Square Park in solidarity with Paris. In Toronto, hundreds expressed unity with France. A slew of other public displays of sympathy echoed from Brazil and Shanghai to Mexico City.

President Barack Obama has called Friday’s violence an “attack on the civilized world” and vowed that the U.S. and Turkey will intensify efforts to resolve the civil war in Syria, the Associated Press reported.