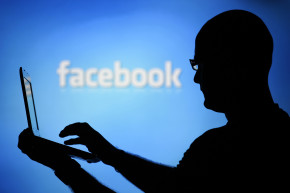 Countries worldwide are trying to obtain information about Facebook users, and Facebook is giving it to them

Facebook received 17,577 requests from the U.S. government seeking information about user data from January through June. The requests involved 26,579 Facebook accounts, and Facebook handed over some data in about 80 percent of those cases, according to the company.

That breaks down to almost a dozen requests for every 100,000 Facebook users in the U.S.—slightly more than in France, where they amounted to ten requests per 100,000 users.

“As part of official investigations, government officials sometimes request data about people who use Facebook,” the company says. “The vast majority of these requests relate to criminal cases, such as robberies or kidnappings.” Requests also seek to obtain subscribers’ basic information such as names and lengths of service, as well as IP address logs or account content, Facebook says.

Governments also ask the company to restrict content that violates local laws. “Holocaust denial is illegal in Germany, so if it is reported to us we will restrict this content for people in Germany,” Facebook says.

The U.S. government has not requested any such restrictions in the first half of the year, but that certainly wasn’t the case elsewhere. In India, for example, content was restricted 15,155 times from January to June.

To rank governments according to the number of requests per user, Vocativ used the minimum number of active Facebook users as reported by “Facebook Insights,” which provides estimates on active users in every country.