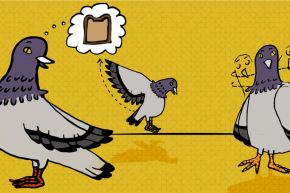 On Friday The 13th, Remember: Pigeons Are Superstitious, Too
By Joshua A. Krisch

On Friday The 13th, Remember: Pigeons Are Superstitious, Too 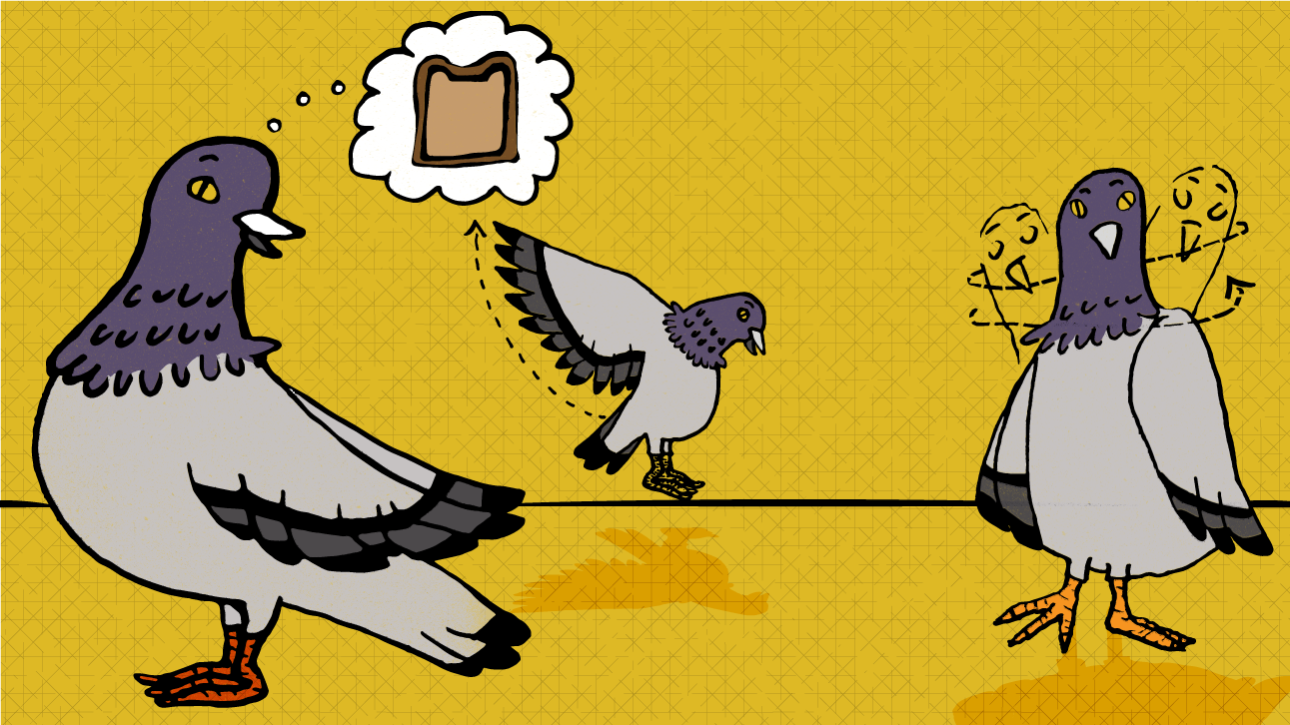 So, pigeons are superstitious.

This scientific gem made its way into the Journal of Experimental Psychology  due to one B.F. Skinner who, despite his stogy, old-fashioned writing style, was probably a blast at cocktail parties. “The experiment might be said to demonstrate a sort of superstition,” Skinner wrote in 1948, in a paper literally called “Superstition In The Pigeon”.

So if you plan on spending this Friday the 13th cowering in a corner, clutching a horseshoe and avoiding cracks, you’re in good (avian) company.

Skinner, who was a researcher at Indiana University, began his experiment with eight pigeons that he had nearly starved to death (for all his scientific acumen, Skinner was no pioneer of animal rights). He placed each hungry pigeon in a box, and then fed them at regular intervals. After a while, Skinner found that six of the eight pigeons developed rituals that they seemed to believe would bring them more food. In Skinners’ own words:

If a clock is now arranged to present the food hopper at regular intervals with no reference whatsoever to the bird’s behavior, operant conditioning usually takes place. In six out of eight cases the resulting responses were so clearly defined that two observers could agree perfectly in counting instances. One bird was conditioned to turn counter-clockwise about the cage, making two or three turns between reinforcements. Another repeatedly thrust its head into one of the upper corners of the cage.

Those six pigeons had developed “superstitions” in response to their random feedings—rituals no sillier than rain dances performed by ancient people who believed in rain gods because one time, somebody danced and it rained.

Of course, scientists couldn’t leave well enough alone. The very concept of a superstitious pigeon carrying rabbits’ feet, tiptoeing around black cats, avoiding ladders was simply too provocative (and hilarious) to ignore. Pro-pigeon scientists railed against Skinners’ paper, and Peter R. Killeen of Arizona State University even published his own study that found pigeons are quite capable of distinguishing cause and effect, nearly as well as humans.

Contemporary scientists, however, have actually expressed cautious support for the notion that animals (including Skinner’s hungry pigeons) are “superstitious,” and that weird rituals may put some animals at an evolutionary advantage.

“Even if there is no causal relationship between the action and outcome, such superstitions can be maintained if the agent ceases to explore the consequences of alternative actions, because there is too much to lose if the relationship turns out to be valid.” according to a 2011 study on the subject.

In other words, Skinner’s pigeons were just trying to get a meal, and ancient rain dancers were just trying water their crops. Both knew it was a long shot, but it made good sense to rely on rituals—just in case the rain gods were amused by tribal dancing (or Skinner, by spinning pigeons). The study’s thesis relies on an old standby of evolutionary biology: if an action costs minimal energy and puts you at minimal risk, it’s logical to give it a shot.

One paper published in 2009 uses the example of a mouse that discovers rustling grass usually means a cat is nearby. Compared to the costs (death) it makes sense for the mouse to become ritualistic and even superstitious about any rustling grass, and always run away from it.

It’s a concept, “reminiscent of Pascal’s famous wager,” Eric Wargo wrote for the Association for Psychological Science in 2008, “Even if you doubt the existence of God or heaven and hell, you are better off behaving as if they exist, because you stand to lose in the one case more than you stand to benefit in the other.”

Pascal was on to something. If Skinner’s pigeons once spun in a circle and food appeared, they may have become conditioned to believe that spinning in circles causes food to fall from the sky. After multiple, failed attempts at spinning for food, a pigeon must make an evolutionary calculation: is an only seldom-effective ritual worth the energy? Evolution’s answer: as long you’re hungry (and spinning doesn’t take up too much energy)—spin away, little bird.

Perhaps humans and pigeons both evolved to understand that, if devotion to a ritual costs minimal energy (spinning in a circle, dancing during the dry season, fiddling with a rosary) and there’s a small chance that it’ll improve your lot in a substantial way (food, rain, heaven) it makes sense to engage in that behavior. As Wargo put it, “perhaps even for Skinner’s pigeons, there is a certain bet-hedging quality in superstitious behavior.”