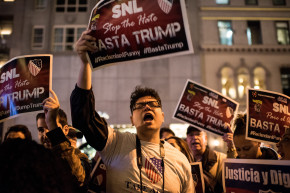 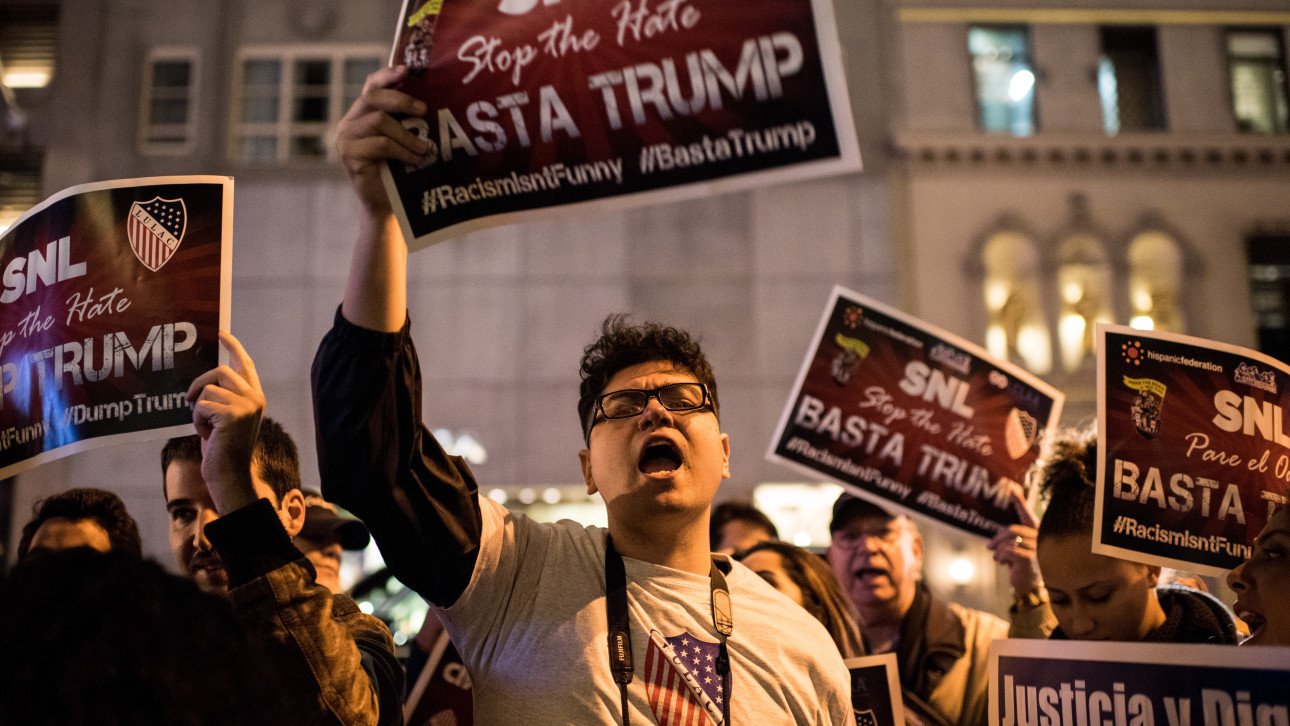 Those who spotted the “UFO” might have later learned it resulted from a scheduled missile test, according to U.S. officials. But discussion about extraterrestrial life on Saturday night thrived. A Vocativ analysis of over 285,000 tweets that mentioned either Trump or SNL over the course of the evening found that an estimated 14 percent of them—40,785 tweets—talked about “aliens.”

In those that mentioned Donald Trump or his official Twitter handle alone, the topic was even more popular: About 19 percent included the word.

The most prevalent sentiment echoed that of popular singer and songwriter Halsey, whose tweet declaring she hoped aliens were “finally” here to abduct Trump was liked and retweeted more than 38,000 times.

I hope the aliens are here to abduct Donald Trump finally

Many others joked about Trump’s take on immigration, using the “alien” discussion to bash his controversial views, which include calls for a wall on the U.S.-Mexico border and comments about Mexican immigrants being “rapists.” Those offensive comments inspired a group of Latino activists to protest outside of NBC’s New York studios while the episode aired on Saturday night.

everyone: aliens are coming to earth!!! donald trump, rocking back and forth in a dark room: no… we can’t have this… more immigrants… — jess (@bitchasslester) November 8, 2015

Others, though, rallied around Trump as he hit the stage, giving his campaign a quick social media boost. Thousands posted supportive hashtags including #makeamericagreatagain and #trump2016 on Twitter.