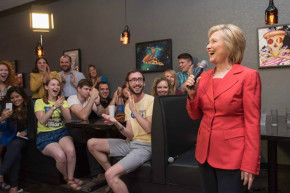 Good luck volunteering for Hillary and trying to stay paleo 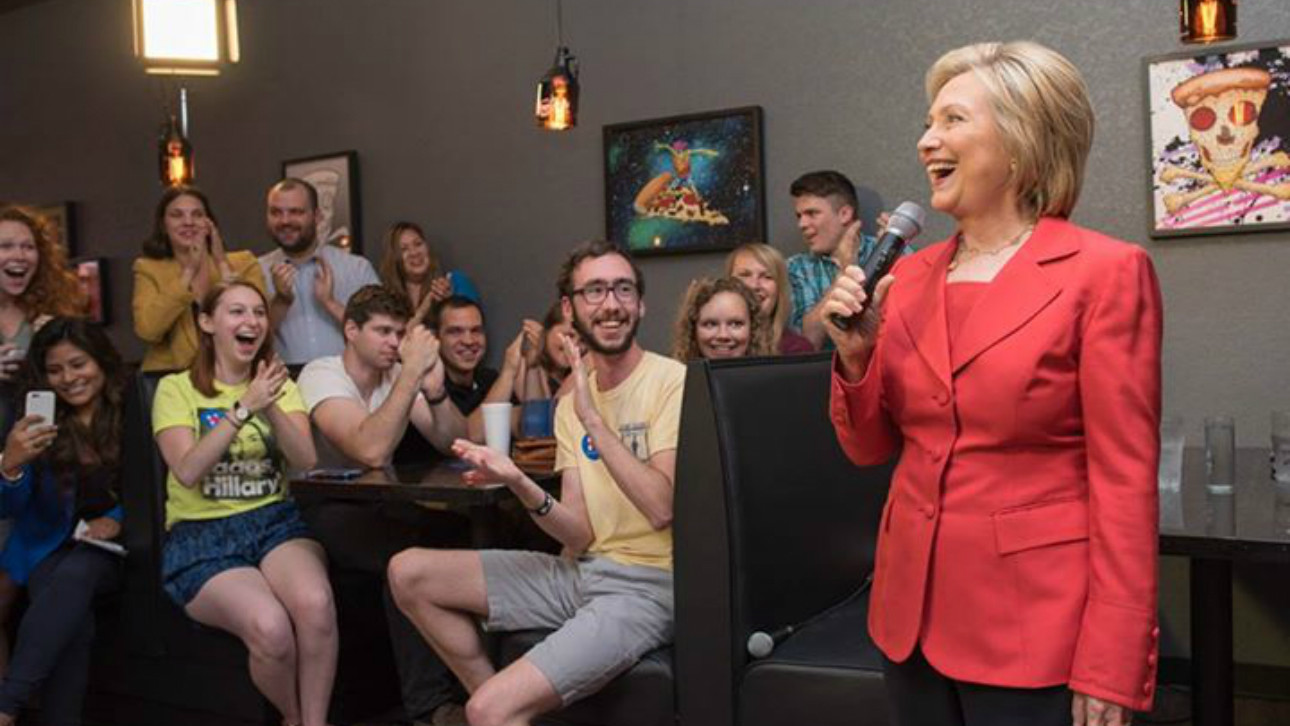 According to filings from Q3, Team Hillary spent more than $6,000 on fast food in the months of July, August and September in 21 identifiable chow sessions. A full two-thirds of that was spent on pizza, with subs and donuts taking second and third, respectively, according to a Vocativ analysis. Bagels are the team’s breakfast of choice.

Clinton took her Iowa staff and volunteers for lunch at Need Pizza in Cedar Rapids on July 17, hours before she appeared alongside her fellow Democratic candidates at the Iowa Democratic Party Hall of Fame Dinner. The campaign dropped $1,251.26 at the establishment in the battleground state, the single biggest spend on fast food during the third quarter. Here’s how the rest breaks down:

The filings show Team Hillary bought another stack of pizzas at Gusto Pizza in Des Moines, Iowa on June 22, to the value of $1,119.19, in the days following her campaign launch there. In fact, between July and September, Clinton’s Iowa campaign team accounted for most of their fast food purchases, including almost $700 at Dunkin’ Donuts in June. Better not tell Michelle Obama.

A tally of all the obvious fast food joints in the filing suggests Clinton’s team paid at least $4,132.60 for pizza during Q3, but her team regularly indulged in subs, too (It is not, repeat not a paleo campaign). During those months they spent $1,317.51 on submarine sandwiches, including $231 at a Jimmy John’s in Champaign, Illinois on July 7, $216.20 at Jersey Mike’s in Las Vegas, Nevada on July 16 and $199.28 at Subway in Reno that same day. Additional fast food expenditure is likely contained in reimbursements to individual staff members listed under the “Catering, Food & Beverages” category in FEC filings. And the campaign hasn’t even hit its stride yet. In January 2008, Clinton’s campaign spend $11,000 on pizza in a single month.

The minutiae of fast food spending are, of course, a tiny financial morsel amid a massive food, beverages and catering bill, which amounts to almost $260,000 for the quarter. In the same section you’ll find splurges like a $15,000 tab at Jay-Z’s 40/40 Club in Manhattan, where the Clinton campaign hosted a fundraiser, and a $13,000 bill for another bash at the New Jersey Molly Pitcher Inn, where Jon Bon Jovi entertained guests who paid upwards of $1,000 a ticket.

This story has been amended to reflect the full amount the Clinton campaign is know to have spent on fast food, which was more than $6,000, not $4,000 as previously stated.