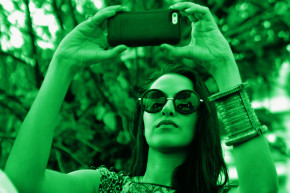 The smartphone is becoming the one device to rule them all

One chart shows how the smartphone is gobbling up more of the device market every single year.  More American adults are embracing smartphones and tablet computers as MP3 players, game consoles and desktop computers gradually slide into obsolesence.

Eighty-six percent of U.S. adults aged 18-29 now own a smartphone, a jump of more than a third since 2011. Ownership appears to be plateauing, as that’s only one percent more than in 2014, while ownership jumped at least 13 percent each year between 2011 and 2013.


The new Pew Research study of almost 2,000 U.S. adults reveals desktop computer ownership is down 10 percent on what it was five years ago. That’s nothing compared to MP3 players, which are taking a massive hit: Fifty-one percent of Americans in the 18-29 age group still own one. Five years ago, three in every four U.S. adults owned a standalone music device—their decline coincides with a massive surge in music streaming options, which have negated the need for users to store large amounts of music on their phones.
More Minorities And The Poor Are Most Reliant On Smartphones

E-reader ownership is nearly four times greater than it was in 2010, but is down from a peak in 2014. Game consoles, too are floundering, with ownership falling six percent since 2010.

Tablet computer ownership also surged since 2010, rising tenfold just five percent five years ago to half of Americans between 18 and 29 today, but growth is slowing in this category, too: The 2015 figure is just two percent greater than in 2014 after jumping almost a fifth between 2011 and 2012, which appears to reflect reports that we’re beginning to replace tablets with smartphones that simply have larger screens.