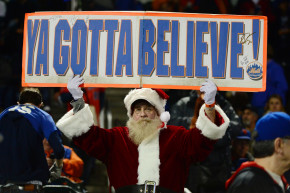 Here’s How The Mets Actually Won The World Series

Even though they lost to the Kansas City Royals, the Mets won by this measurement 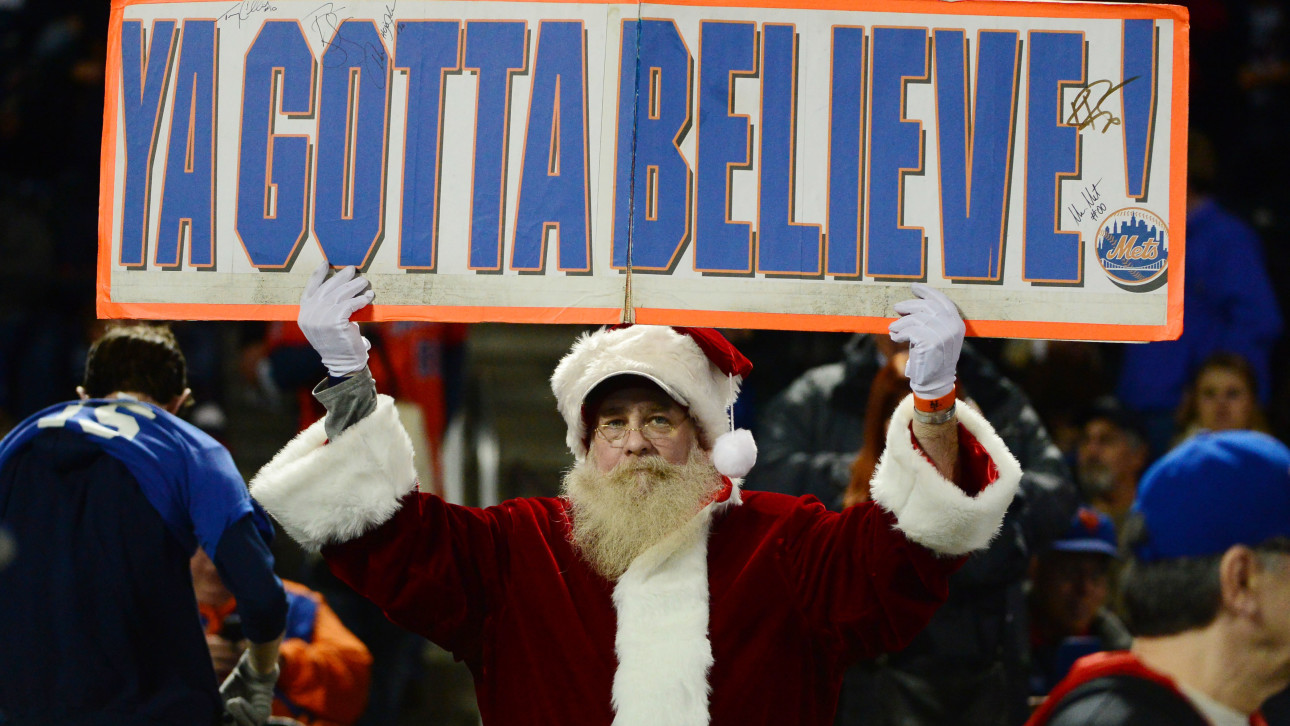 A Mets fan dressed as Santa, before game four of the World Series. — USA Today Sports/REUTERS
By Jacob Steinblatt and Leon Markovitz
Nov 02, 2015 at 12:34 PM ET

Mets fans, take comfort. While the New York team didn’t win the World Series against the Kansas City Royals on Sunday, it scored a home run on social media.

Vocativ used our technology to analyze Twitter chatter emerging from Kansas City’s Kaufmann Stadium during the World Series’ first two games and Citi Field in New York during games three to five. The New York Mets came out ahead in three categories: The number of hashtag posts, team mentions and player mentions.

In several thousand geo-tagged tweets posted during the games, the Mets as a team were mentioned 41 percent of the time, compared to the Royals, mentioned in 26 percent of tweets coming from the stadiums.

The Mets also crushed the hashtag battle. #LGM — LETS GO METS — appeared in almost as many tweets as every Royals-related hashtag combined. Pro-Mets hashtags, including those about players, were tweeted about 2,700 times, while pro-Royals hashtags, such as #TakeTheCrown, were posted about 1,000 times throughout the entire series.

It’s unclear why Mets fans dominated social media even though the team lost the series four games to one. It could be because they’re were more passionate than Kansas City Royals’ fans about showing love for their team on social media, or because they live by the team’s catchphrase “Ya gotta believe” — a sign of their perseverance.

A look at Twitter mentions of starting players in Sunday’s game, Game 5, showed Mets star pitcher Matt Harvey crushed the competition. Fans mentioned Harvey, including by his “Dark Knight” nickname, in 4 percent of all tweets, or 156 times, a Vocativ analysis showed.