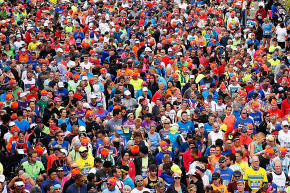 Every marathoner on Sunday burned 3,166 calories on average 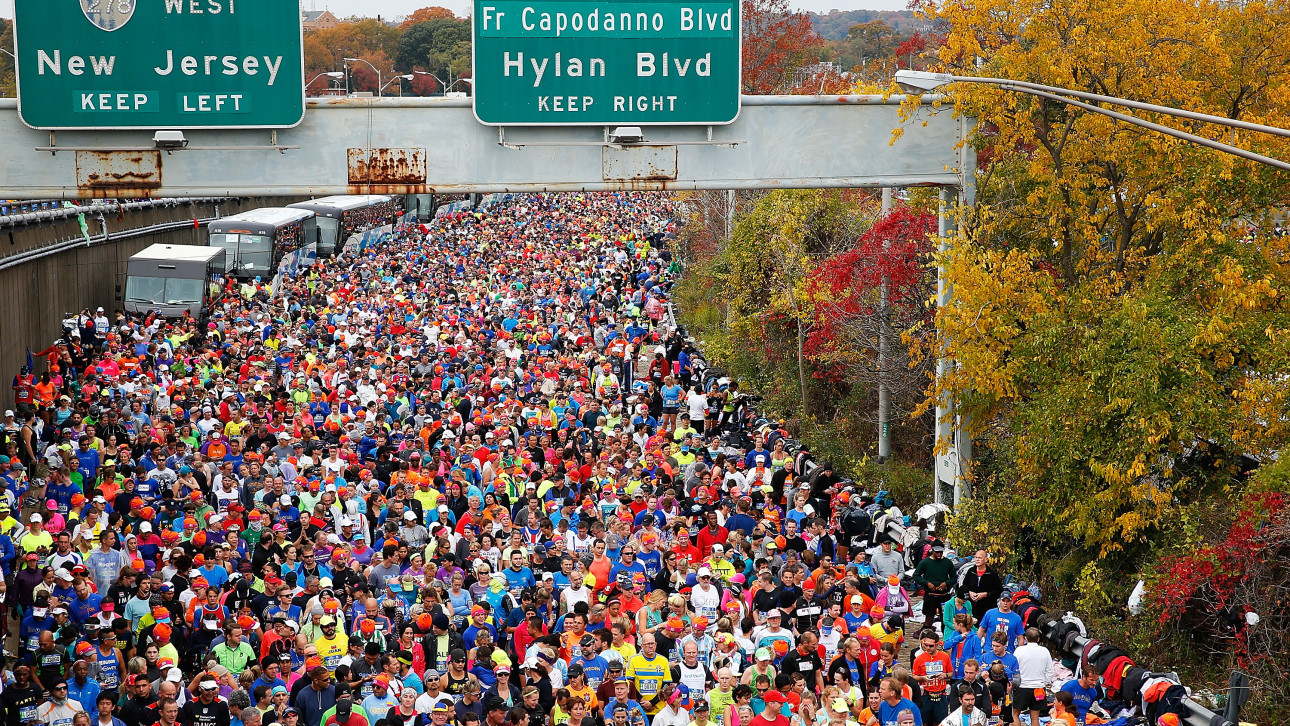 The average weight of a NYC marathon participant, according to our calculation, is approximately 159 lbs. A marathoner of that weight burns 3,166 calories on average when running the 26.2-mile race, according to the Runner’s World calories calculator. Basically, that means a runner will burn 805 Watts worth of power at any moment during the run — amounting to a total of roughly 4 million 10-Watt light bulbs worth of energy among the 50,000 participants.

Marathon runners didn’t just expend the equivalent of the Empire State Building’s light if they ran the race over a period of four hours and 34 minutes. The equivalent of almost two large pizza pies, more than 13 hot dogs or almost seven frappuccinos were burned in calories, on average.