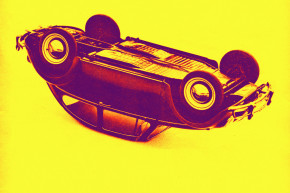 Volkswagen Emissions Will Likely Kill 60 People
By Joshua A. Krisch

When Volkswagen used illicit software to scam regulators, it wasn’t just an environmental catastrophe. It was a public health nightmare. Now, in a new study published in Environmental Research Letters, scientists from Harvard and MIT report that those emissions will directly contribute to dozens of premature deaths in the United States, and cost the government $450 million.

Scientists found that excess emissions due to Volkswagen will cause approximately 60 people to die up to two decades prematurely and that, if Volkswagen delays its recall in the United States, an additional 140 people may die before their time. Beyond the deaths, the researchers claim that Volkswagen emissions will also directly contribute to 31 cases of chronic bronchitis and 34 hospital admissions involving cardiac conditions, as well as cause up to 120,000 work absences among those afflicted.

For the study, researchers calculated the average emissions per vehicle based on the assumption that Volkswagen’s 482,000 rigged cars had produced emissions 40 times the legal limit. Then, they estimated the increased risk factor for a host of diseases including lung cancer, asthma and COPD.

“If you take into account the additional risk due to the excess Volkswagen emissions, then roughly 60 people have died or will die early, and on average, a decade or more early,” said Steven Barrett, professor at MIT and coauthor on the paper, in a prepared statement.