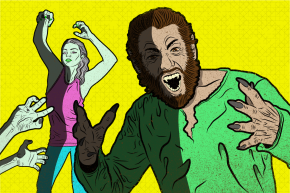 Your Favorite Halloween Monsters Are Real
By Joshua A. Krisch

Your Favorite Halloween Monsters Are Real 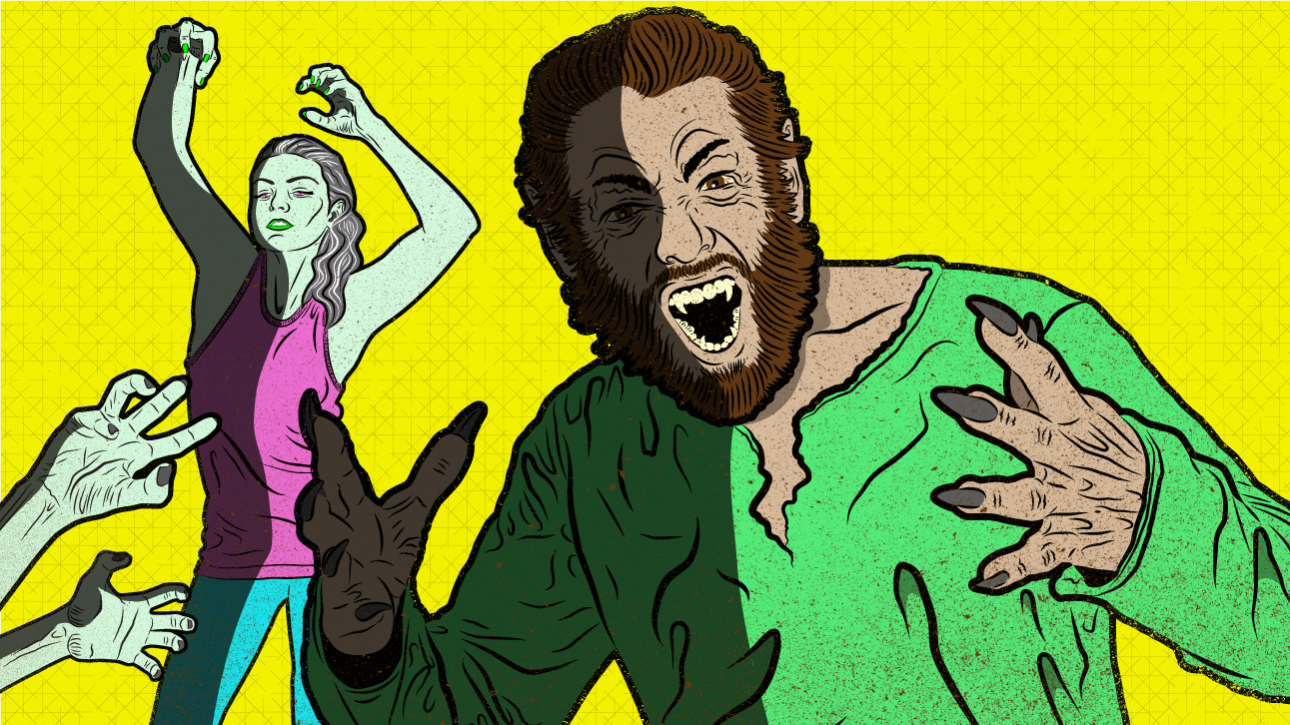 On Halloween you’ll meet werewolves and goblins, vampires and demons. And you’ll laugh because, frankly, you’re not an idiot. You know that humans don’t turn into wolves at the full moon, witches can’t brew anything more complex than a cup of coffee and that the dead have a nasty habit of remaining dead. Oh, poor soul—if only science agreed with you.

In fact, there are plausible scientific explanations for many of your favorite Halloween monsters, and unpleasant medical conditions behind the ghouls who knock on your door demanding treats. Here are some of our favorites:

First of all werewolf fans, lycanthropy is 100 percent real—it’s just not what you think it is. A rare psychological condition, lycanthropy is the diagnosis given to anyone who becomes convinced that he or she is an animal. Historically people often identified as wolves; in modern times, we have become more creative and assumed the identities of lions, elephants, buffalo and, hilariously, gerbils.

Lycanthropy is often linked to other psychological conditions, including schizophrenia and bipolar disorder, and plays heavily into early werewolf lore. In 1589, for instance, a man named Peter Stubbe was executed in Germany after he confessed to eating and murdering people in his wolf form.

Now, acting like a werewolf and actually looking like one are two very different things. Fortunately, there’s hypertrichosis, a genetic disease that causes one’s entire body to be covered in a thick coat of hair. Before the 1900s, hypertrichosis usually meant a life on the freak show circuit, as a monkey woman or perhaps a lion-faced man. Nowadays, the disorder mainly affects one large family in Mexico—and at least one members claims the ladies love it.

Admittedly, the perfect storm of a lycanthropy patient who also happens to have hypertrichosis hasn’t shown up in the medical literature—yet.

Jesus Aceves, who lives in Mexico, suffers from hypertrichosis (and is probably not a werewolf).

Slaves of hell may not be possessing innocent bystanders, but there are actually unfortunate people out there who have horns—real, keratin-based horns—growing out of their heads. Cutaneous horns are lesions made of the same material as your fingernails, and they can technically appear anywhere on your body (the tip of your ear, beneath your eye and omg what the hell is that).

They’re occasionally malignant, which is bad, but when they’re benign these strange horns are harmless, even though they make those stricken look quite demonic. Naturally, people with larger cutaneous horns were persecuted throughout history, and displayed as sideshow attractions.

101-year-old Zhang Ruifang, from China's Henan province, is not a demon from hell. Her cutaneous horn is about two inches long, and she says that it doesn't cause her any pain or discomfort.

The undead feature heavily in Halloween lore—zombies, vampires (even ghosts, if we’re getting technical). And science has a potential explanation for why the dead seem to keep on coming back to life, often as moaning monsters.

In the 1980s, Harvard graduate student Wade Davis travelled to Haiti in search of a zombie potion. At the time, odd reports of Haitian zombies had been percolating within the scientific community for two decades. Several Haitians reported that they had been poisoned, buried and exhumed by witch doctors and then sent to work on plantations in a sort of trance, their minds addled and their memories erased. Scientists didn’t know what to make of it.

Davis discovered several zombie potion recipes in Haiti, with one ingredient in common—pufferfish, which contains tetrodotoxin, a chemical that can induce a state of suspended animation almost indistinguishable from death. A theory developed. Vengeful Haitians would poison an enemy with tetrodotoxin, scientists suspected, wait until they were buried, exhume them and enslave them. The oxygen deprivation from being buried alive would cause enough brain damage to keep them thoroughly zombie-like, and unable to run away.

As scientific monster theories go, this one is slowly crumbling over time. Modern studies have shown that most pufferfish simply do not have enough tetrodotoxin to induce a state of suspended animation, and in recent years the scientific community has more or less rejected the pufferfish zombie theory.

But that doesn’t mean we have to…

TL;DR: Infrasound and a psychological “Feeling of Presence”

Science can’t explain ghosts. It can, however explain why you feel ghostly presences.

One of the best explanations for a ghostly presence was published last year in the journal Current Biology. Scientists discovered that they could induce a ghostly “feeling of presence” in 12 volunteers by blindfolding them and asking them to reach forward while a robot poked them in the shoulder. This gave the volunteers the impression that they were tapping themselves on the shoulder—which is weird, but not ghostly. But when they delayed the robotic hand by a fraction of a second, things got crazy. From an article in Scientific American:

They felt like someone else was touching their backs, and estimated that the mostly-empty room was full of people. Some added that they felt as though they were drifting backward, toward The Presence; two participants were so disturbed that they asked to stop the experiment.

And it’s not just robotic arms that can induce a strange Feeling of Presence. Certain frequencies, dubbed infrasound, also appear to be capable of making us feel like we’re standing in a room full of ghosts. In one experiment, scientists interspersed low frequency notes in popular rock songs, and found that 22 percent of listeners reporting feelings of dread, chills and depression.

While ghosts don’t exist, the science suggests it isn’t difficult to trick your brain into thinking you’ve seen one—which may explain why ghost stories are among the most enduring myths, spanning cultures and time periods.

This robot gives you the illusion of poking yourself in the back—unless it's delayed by half a second. Then, you hallucinate and sense ghostly presences in the room.

Alas, witches do not exist. There’s no genetic condition or strange poison that can turn you into a cackling, broom-flying fiend (or a more agreeable Hermione Granger). But witches, for all their screeching and cursing, have actually contributed to science in a few surprising ways.

The key is in the witches’ brew. Contrary to popular fiction, witches’ brews were often early attempts at folk medicine, and local “witches” occasionally served as midwives or even town doctors during the Middle Ages. It was from the willow bark in those midwives cauldrons that modern scientists isolated salicylic acid and, eventually, the aspirin in your medicine cabinet. Atropine, a life-saving drug that modern physicians use to slow heart rates, was isolated from the deadly nightshade plant that every self-respecting medieval witch had on her potions rack. Hyosine, an modern treatment for motion sickness, was once consumed by witches to hallucinate and give the impression of flight.

The most impressive example of real witch potions at work is Digitalis, the modern heart drug that comes from foxglove plants. Scottish physician William Withering began isolating the chemical shortly after one of his cardiac patients drank a Gypsy potion and made a complete recovery. Once Withering got his hands on the potion he discovered its foxglove component, and the rest is history.

Sorry folks, this one is real. For Yog-Sothoth knows the gate. Yog-Sothoth is the gate. And our lord Cthulhu shall rise from the deep, madness shall partake the Earth and our souls shall be swallowed by his glorious tentacle-laden mouth.

Oh God I Can See Forever.