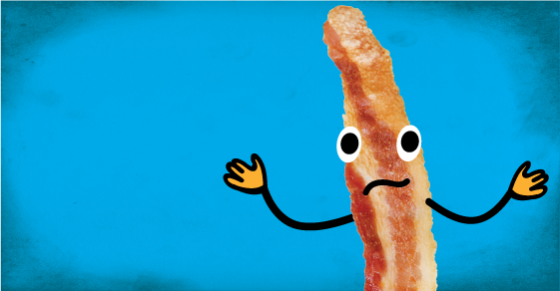 Here’s How Much Bacon You Need To Eat To Raise Your Cancer Risk
By Joshua A. Krisch

The World Health Organization confirms that bacon, hotdogs and deli meats cause cancer in humans, and declares all red meat "probably carcinogenic" 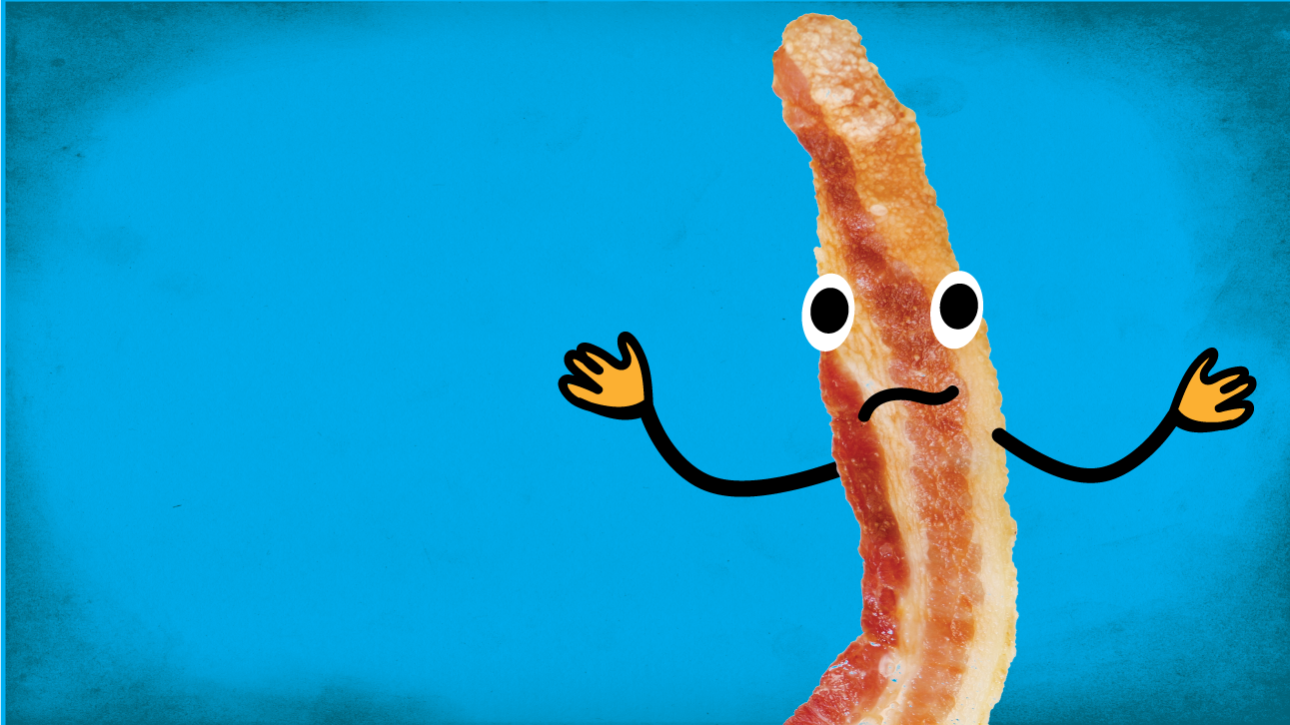 The World Health Organization officially classified processed meat as “carcinogenic” and red meat as “probably carcinogenic” on Monday, in light of multiple studies linking meat consumption to colorectal cancer, pancreatic cancer and prostate cancer in humans. The science, however, is far from settled.

Cancer risk is often exaggerated by people who don’t understand statistics. WHO’s International Agency for Research on Cancer concluded that eating 50 grams every day will increase your risk of colorectal cancer by 18 percent. But that doesn’t mean six strips of bacon knock your odds of survival down to 50-50. Right now, your lifetime risk of colorectal cancer is about five percent. IARC is saying that, if you eat 50 grams of red meat every day, your risk for colorectal cancer increases by 18 percent of five percent—so your total risk is 6 percent.

As for the science itself—it’s iffy. Sure, studies have shown that eating more than 18 ounces of red meat per week significantly increases your risk of colorectal cancer and that processed meats are at least as dangerous. But at the same time, it’s unclear whether red meat actually causes cancer.

That’s because it is notoriously difficult to establish a strong link between meat (or any food) and cancer. We are exposed to millions of cancer-causing chemicals every day. There are a lot of strange chemicals in our diets, sunlight (the ultimate carcinogen) is literally everywhere and we inhale toxic fumes whether we live in cities or farms. It’s always hard to say why cancer happens.

More These Jobs Are As Carcinogenic As Pesticides And Cigarettes

Not that it matters. Even the “probably carcinogenic” rating could devastate the meat industry. When IARC placed the insecticide glyphosate in the same “probably carcinogenic” category last year, the move set off a GMO scare because many large-scale farming operations use both glyphosate and GMO seed lines resistant to pests, to boost sales. It didn’t matter that many of the IARC’s more than 1,000 carcinogenic compounds are the sort of things we eat, drink, breathe or engage in mindlessly—or that the IARC considers working as a painter more hazardous than guzzling pesticides.

And it likely won’t matter that public health officials, scientists and even the IARC itself doesn’t think bacon is all that bad. “These findings further support current public health recommendations to limit intake of meat. At the same time, red meat has nutritional value,” writes Christopher Wild, director of the IARC. “Therefore, these results are important…in order to balance the risks and benefits of eating red meat and processed meat and to provide the best possible dietary recommendations.”

More The Battle Against Breast Cancer: A Brief History

The meat industry knows this. “It’s our 12-alarm fire,” Betsy Booren of the North American Meat Institute told Meatingplace in 2014, when IARC first began the research. “Because if they determine that red and processed meat causes cancer—and I think that they will—that moniker will stick around for years. It could take decades and billions of dollars to change that.”

In other words, have a strip of bacon—just, not too many. “This decision doesn’t mean you need to stop eating any red and processed meat, but if you eat lots of it you may want to think about cutting down,” Tim Key of Cancer Research UK told the BBC. “Eating a bacon bap every once in a while isn’t going to do much harm—having a healthy diet is all about moderation.”