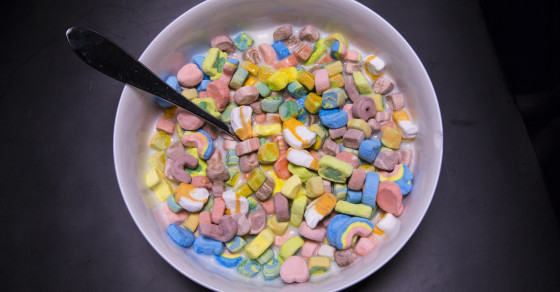 Hey Stoners, How Much Sugar Is In Marshmallow-Only Lucky Charms?
By Jennings Brown

Hey Stoners, How Much Sugar Is In Marshmallow-Only Lucky Charms?

Actually, it's probably better than regular Lucky Charms. Bring on the marshmallows! 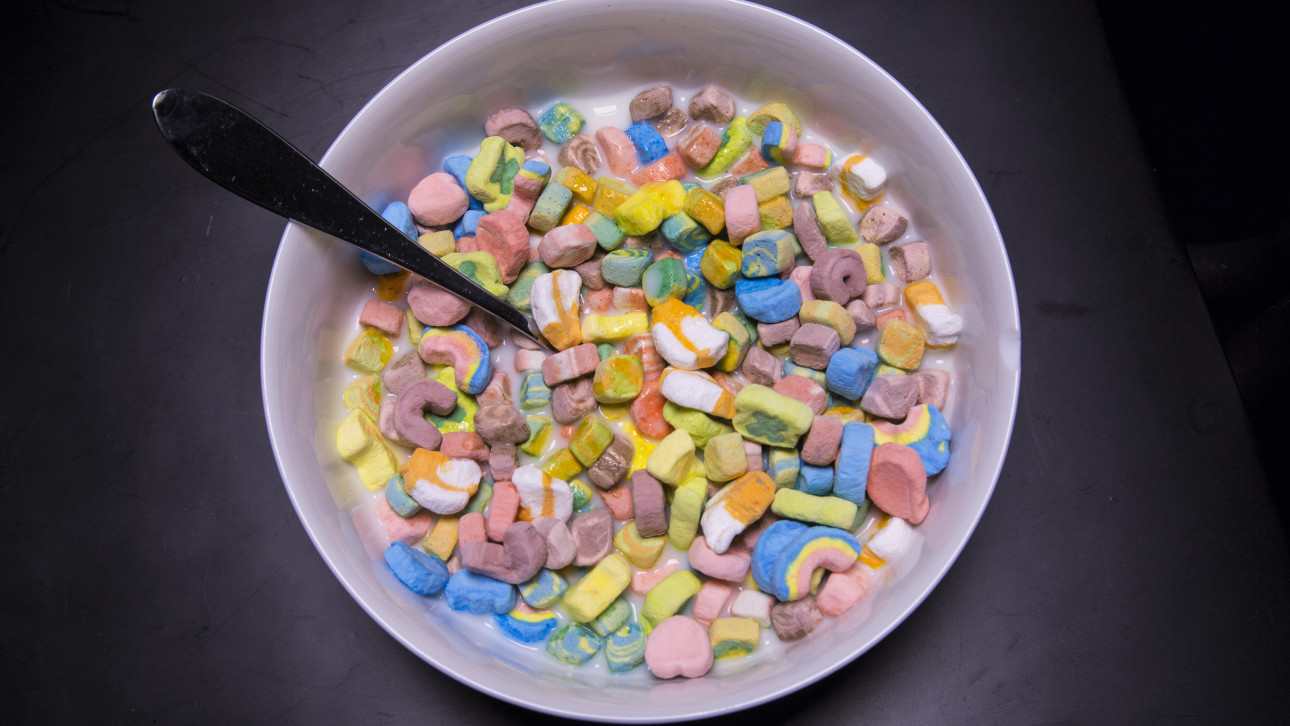 The good news is your childhood and stoner dreams have come true: General Mills is making a version of Lucky Charms with only marshmallows. The bad news is, it’s highly unlikely will ever get your hands on a box since there will only be ten.

You can try to win the “unicorn of the cereal world” if you share a photo of yourself holding an imaginary box of Lucky Charms. But let’s say you did win and eat an entire bowl of Lucky Charm marshmallows—would you go into an instant diabetic coma? Actually it’s no worse than some of the other popular cereal options. In fact, it might contain less sugar than a regular bowl of Lucky Charms.

Based on our calculations, you could be better off eating a bowl of Lucky Charm marshmallows than eating a bowl of Cap’n Crunch. That’s right, not only is the man in blue not a real captain, he’s also slinging sugar-coated deception. 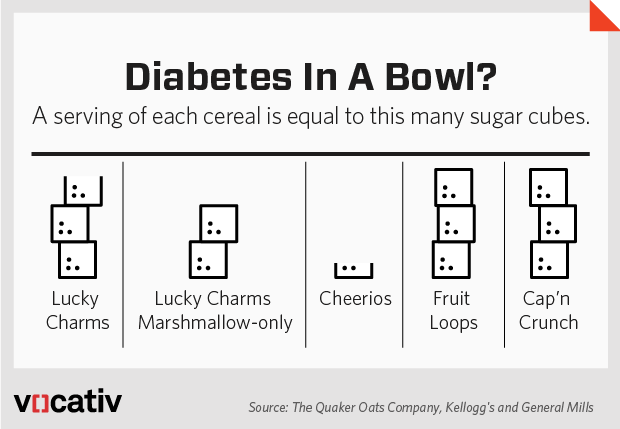 Full disclosure: it’s not easy to figure out how much sugar Lucky Charms has hidden in their crunchy little marshmallows. The nutritional facts on the box claim one serving size contains 11.3 grams of sugar, or something like three sugar cubes per cup of cereal. With frosted oats taking up a good portion of the sugar content, however, it’s hard to say how much of those 11.3 grams are in the marshmallow Charms and how much are in the oat cereal. 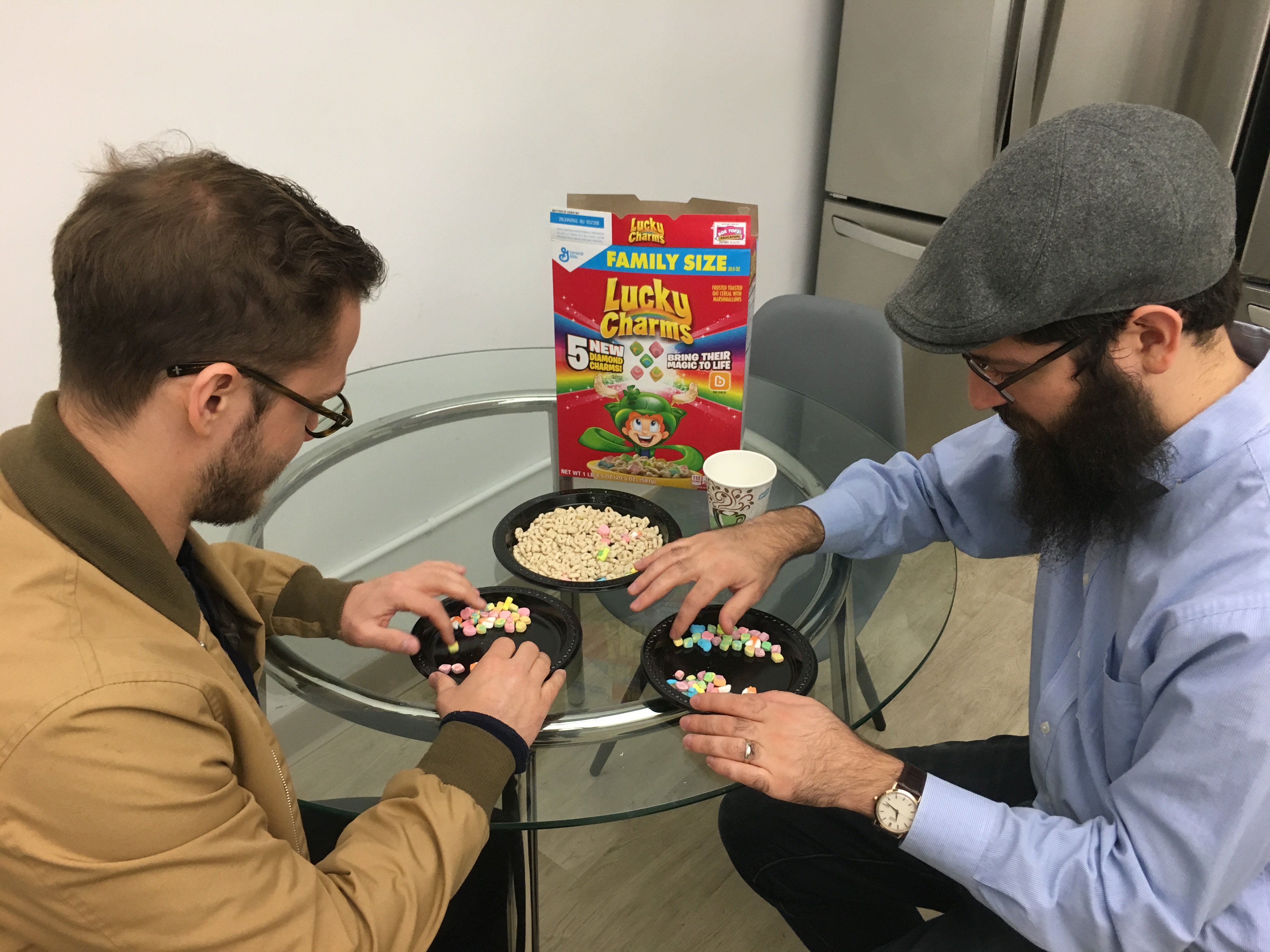 Anyway, we improvised. Vocativ’s crack team of reporters not on deadline poured an 10 ounce bowl of Lucky Charms, and counted an average of 90 marshmallows per bowl—which means that there about nine marshmallows in a serving size of Lucky Charms (now you know).