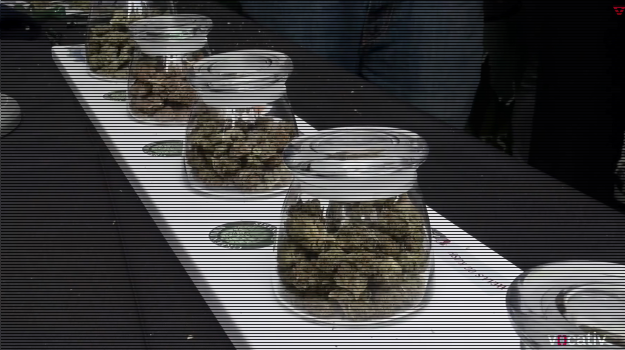 Last week Amsterdam celebrated the 26th annual Cannabis Cup: the Cadillac Coupe DeVille of pot-smoking celebrations. Hordes of sinsemilla-scented capitalists descended on Denver in April as the city played host to the first-ever U.S. Cannabis Cup. From inside convention booths, starry-eyed entrepreneurs tried to sell passers by—including Vocativ correspondent Sam Matthews—on everything from crowdsourced weed-finding apps to a bud-sorting machine worth more than a Prius.

Pot is still very much illegal at the federal level, but new laws legalizing the drug in Washington and Colorado have touched off a “green rush” among investors and small-business owners, with everyone scrambling for a spot on the ground floor of America’s newest (almost) legal industry.

Did this intoxicating cocktail of greed, skunk weed and patchouli entice Sam to celebrate 4/20—an official marijuana holiday—by taking a bong rip on camera? Watch the video, friends.