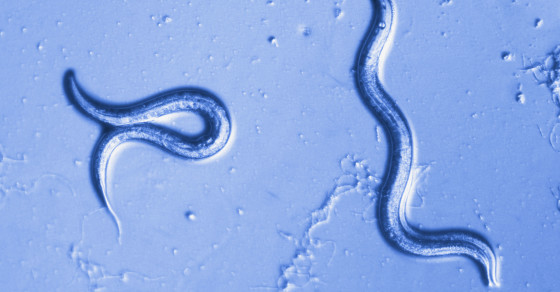 Junk Science: Men Are NOT Hardwired To Choose Sex Over Food
By Joshua A. Krisch

Junk Science: Men Are NOT Hardwired To Choose Sex Over Food

Male roundworm brains are apparently programmed to choose sex over food. Human beings—not so much

Men occasionally choose sex over food. So do women. It probably depends on a lot of factors, not the least of them how hungry you are and how much you want to have sex. This week, however, the Internet concluded that male brains are somehow pre-programmed to choose sex over a hot meal—because, science.

“Male Brain Is Programmed To Seek Out Sex Over Food”, the Telegraph blared. The Munchies blog at Vice ran with, “Apparently Men’s Brains Are Hardwired to Choose Sex Over Food”. Apparently. And The New York Daily News wrote that, “a new study reveals that males are hard-wired to want sex more than food”—and then added a caveat, with an outrageous claim:

The media decided, as the Internet often does with animal trials, that nematode neurons were somehow a fitting analogue for human brains. Never mind the fact that roundworm brains have 302 neurons and human brains have 101 billion, or that there aren’t actually female nematodes out there, just hermaphrodites, or that the whole reason we study nematodes in the first place is because their brains are adorably simple. It doesn’t take a background in roundworm biology to smell the junk science.

The hype is a shame, because it was a fascinating study. In the paper, published by Nature, scientists report that male roundworm brains (which we thought we’d finished mapping) have two spare cells. By breeding a few roundworms, or nematodes, without these neurons and comparing their behavior to other roundworms, the team discovered that those brain cells likely issue a sort of override command, telling male roundworms to choose mating over eating.

Humans are not nematodes—and real scientists know that. So when you see an article that claims an animal study (or, worse, a roundworm study) has human implications, you can be sure you’re staring down the barrel of some serious junk science. No reasonable scientist would study a nematode brain and then “expect similar responses” in advanced, intelligent, complex human beings.

…or men, for that matter.