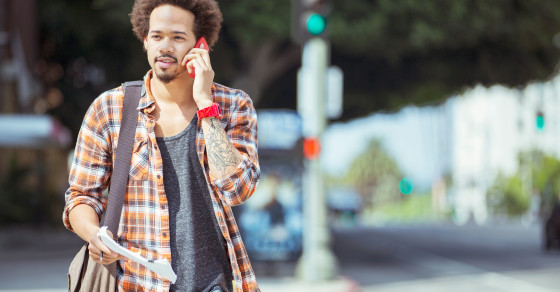 Drivers Won’t Stop for Black People at Crosswalks
By Joshua A. Krisch

Drivers often discriminate based on race, a new study suggests. Scientists found that black people were forced to wait 32 percent longer at Portland crosswalks than whites, before a driver stopped to let them cross the street. The results reinforce the notion that racism (whether subconscious or otherwise) remains a serious problem in the United States.

“We are not saying drivers are overtly racist,” said Kimberly Kahn, psychologist at Portland State University and coauthor on the study, in a prepared statement. “You can think you’re just driving to work and won’t even notice that you were differently stopping for one pedestrian over others.”

Sure, you’re not racist—at least not overtly so. Even as outright racism is in decline in the United States, however, minorities continue to suffer from so-called “implicit bias”. It’s the kind of subconscious racism that makes white people less likely to hire you if you have a black-sounding name, or more likely to associate words like “fear” and “anger” with African American faces.

Implicit bias likely ruins flow of traffic, too. For the study, scientists trained six men (three black, three white) to stand at a crosswalk and simulate pedestrian crossings. Researchers, observing from afar, then counted the number of cars that passed by before a driver yielded to the person in the crosswalk. After running the trial 88 times, and controlling for outside factors by making the participants swap clothing, the researchers found that black volunteers were passed by twice as many cars and waited about 32 percent longer than whites. Blacks were twice as likely to be passed by multiple vehicles.

And it’s not just about minor annoyances at street crossings. National traffic data suggests that minorities are more than twice as likely as white people to die traffic incidents. Although the findings do not necessarily suggest that crosswalk racism is to blame, the authors are willing to entertain the possibility that our implicit biases on the road may have fatal consequences.

“You can imagine how, if you are constantly experiencing these disparities, you might choose to avoid walking or force the right of way when cars are not stopping, potentially putting yourself in dangerous situations,” Kahn said in a prepared statement. “That may play into these shocking statistics.”