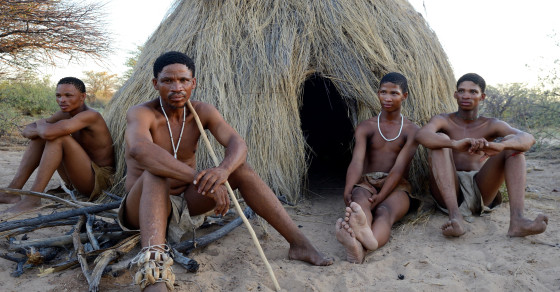 Ancient Humans Were Up All Night To Get Lucky, Too
By Joshua A. Krisch

Ancient Humans Were Up All Night To Get Lucky, Too

Long before cell phones and wonky work schedules, hunter-gatherers probably got just as little sleep as we do 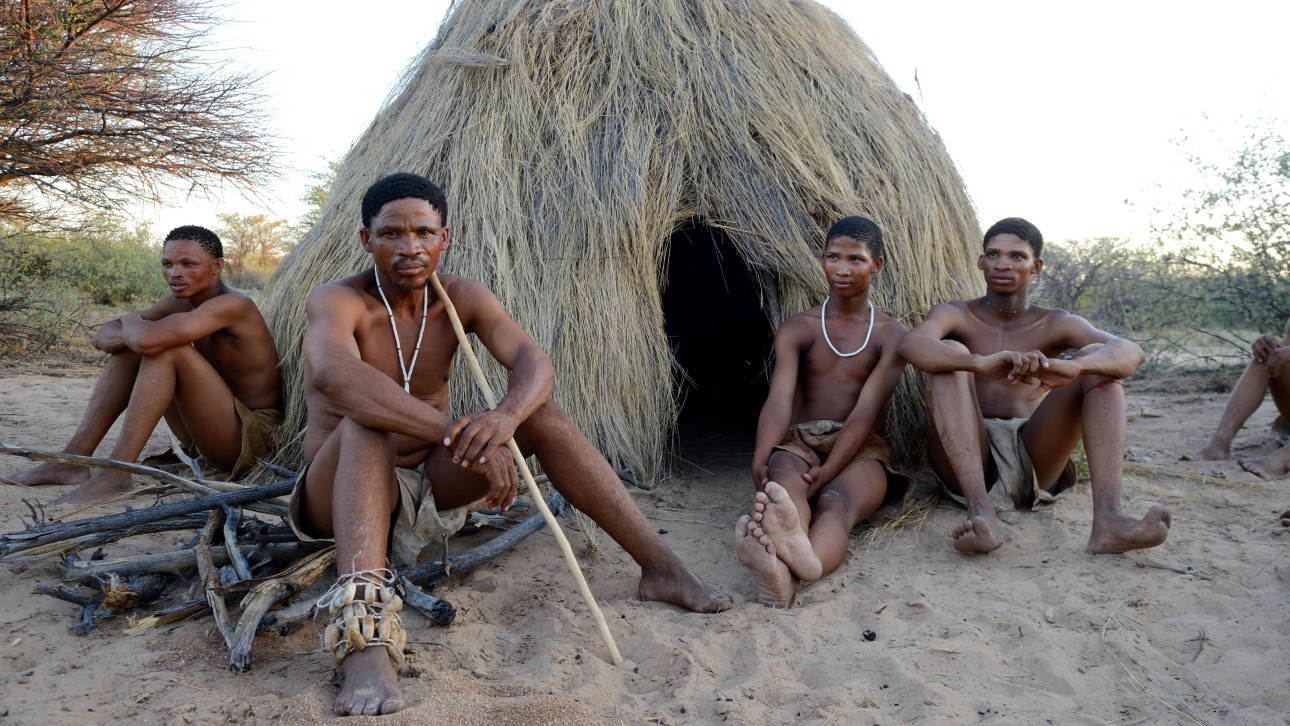 Early humans probably stayed up late, seldom took naps and grabbed only about six hours of sleep per night, according to a new study in Current Biology. The findings buck the conventional wisdom that modern humans, with our electricity and work schedules, have ruined our natural sleep schedules.

The sleep habits of isolated hunter-gatherers still living in Africa and South America tell us that humans have always been night owls. Scientists recently visited three isolated cultures—the Hazda and the San in sub-Saharan Africa, and the Tsimane in Bolivia—and traded them about $30 per person in gifts to analyze their sleep patterns for several months, using special wrist monitors.

Here’s a visualization of sleep patterns across two weeks in January 2015, with sleep data from the San compared alongside with sleep data from Vocativ’s (decidedly post-industrial) editor, Markham Nolan who, by sheer coincidence, logged his sleep during the same period covered by the study using the Sleep Cycle iPhone app:

Despite each populations’ lack of electricity, generators or battery-powered devices, the participants often stayed up late, well after midnight, and then rose early in the morning. The average hunter-gatherer only slept about six hours per night, and went to bed no less than three hours after sunset. The data also suggest hunter-gatherers seldom nap, and rarely wake up in the middle of the night. The results suggest that (although they go to bed in grass huts and lie on animal skins) when it comes to actually sleeping—they’re basically just like us.

Until recently, scientists believed that electric lights and cell phones had turned modern, post-industrial humans into rotten sleepers. Early humans began to wind down at sunset, the argument goes, and rose at first light. They likely took naps in the mid afternoon, and woke up several times throughout the evening, to drink some water, visit friends and have sex.

“The dominant pattern of sleep, arguably since time immemorial, was biphasic,” Roger Ekirch, a sleep historian and Virginia Tech University, told Live Science in 2011. “Humans slept in two four-hour blocks, which were separated by a period of wakefulness in the middle of the night.”

But this study suggests that strange sleep schedules are nothing new, and that hunter-gatherers (fairly reliable analogues of ancient cultures) slept pretty much the same way we do now. And it doesn’t seem to be hurting them. Studies have shown that members of these isolated cultures are often healthier than people living in industrialized societies, with substantially lower levels of heart disease, obesity and blood pressure that the average American. Insomnia is so rare among the San and Tsimane people, the authors write, that those cultures do not even have a word for it in their language.

“There’s this expectation that we should all be sleeping eight or nine hours a night and that if you took away modern technology people would be sleeping more,” said Gandhi Yetish, Ph.D. candidate at the University of New Mexico and coauthor on the study, in a prepared statement.

“But now, for the first time, we’re showing that’s not true.”