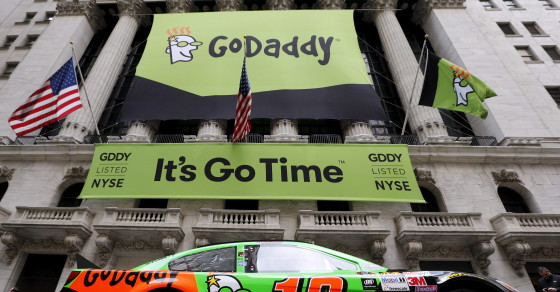 Except when it comes to technical and management positions

GoDaddy, of all tech companies, is paying female employees equal if not more in almost all areas of the company, its new diversity report found. If you’re surprised (think of the decade of sexist ads), you’re not alone: The domain hosting company itself was surprised by the findings of its own investigation into wage disparity.

GoDaddy, which has tried in the past few years to rebrand itself after it released a slew of ads that many thought objectified women, can now tout that women who work there are compensated .28 percent more than men on average. GoDaddy’s breakdown showed in the “company” and “tech” sectors, women made $1.01 for every $1.00 a man made, while in the “tech” and “management” sectors, women made $.99 for every man’s $1.00.  At the executive level, women make four percent less than their male counterparts, according to the report.

“Now we have to understand the reasons why we don’t have more women represented in some senior software development roles, and the drivers behind gender pay gap at the management level,” GoDaddy CEO Blake Irving said in a press release Wednesday. Irving, who joined the company in 2013 and has since made a push for diversity, told TechCrunch that even he was surprised with the near parity the results showed.

But activists say that while parity in income between genders is a step forward, tech companies have a lot more to do in terms of their racial inequality. Slack engineer and former Google employee Erica Joy wrote for Quartz Wednesday that white male employees of tech companies often feel a “savior complex” to rescue their personally known “damsels in distress,” or, in other words, their usually white daughters/wives/sisters. That results in more white female hires in tech, but not necessarily people of color, she argued.