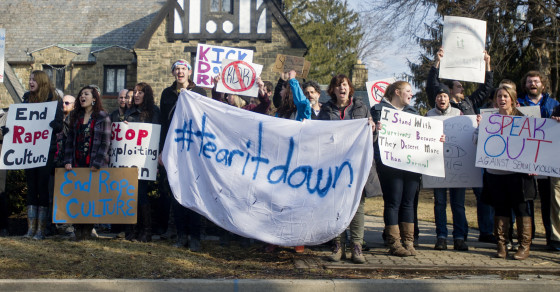 The video, which leaked on Wednesday night, depicts a member of the Indiana University chapter of Alpha Tau Omega engaging in a sex act with a hired exotic dancer in what appears to be part of the fraternity’s hazing practices. Online reactions have labeled it as rape and hazing, but an ATO national CEO said the man in the video is a 21-year-old initiated member and that no pledges were forced to participate.

Nevertheless the video led to the suspension of yet another fraternity that had trouble keeping its dirty secrets inside the brotherhood and off of social media.