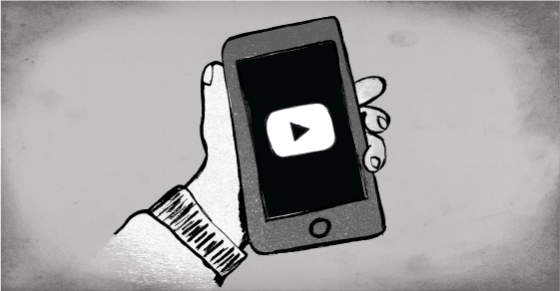 Mourning Bratayley: How Gen Z Grieves During A Periscope Funeral
By Jennings Brown

Mourning Bratayley: How Gen Z Grieves During A Periscope Funeral

Children across America livestreamed the memorial service of YouTube child star Caleb Bratayley. This is how children grieve celebrities now.

Thousands of kids stared at their phones and tablets on Tuesday night, watching the memorial service livestream of a 13-year-old boy. Hardly any of them ever met Caleb Logan Bratayley, but many knew the YouTube star better than they knew their own best friends.

At least 40,000 watched live on Facebook and nearly 47,000 tuned in on Periscope, where loyal fans were still watching a replay of the funeral on Wednesday morning. Since Caleb’s death on October 1st, Caleb’s family has not taken much of a break from producing the show that made the boy famous. Two days after his death, they posted a video that they claim was filmed the day before Caleb died in which the boy recorded a message to his future self. The video has amassed nearly 3.6 million hits since it was posted on Saturday. The following day, on October 4th, they posted a tribute to Caleb and on Tuesday night they livestreamed Caleb’s memorial on Periscope and Facebook.

As Caleb’s friends, family and coaches spoke, Bratayley fans typed out their despair and double-tapped their screens, filling the stream with upward floating hearts. 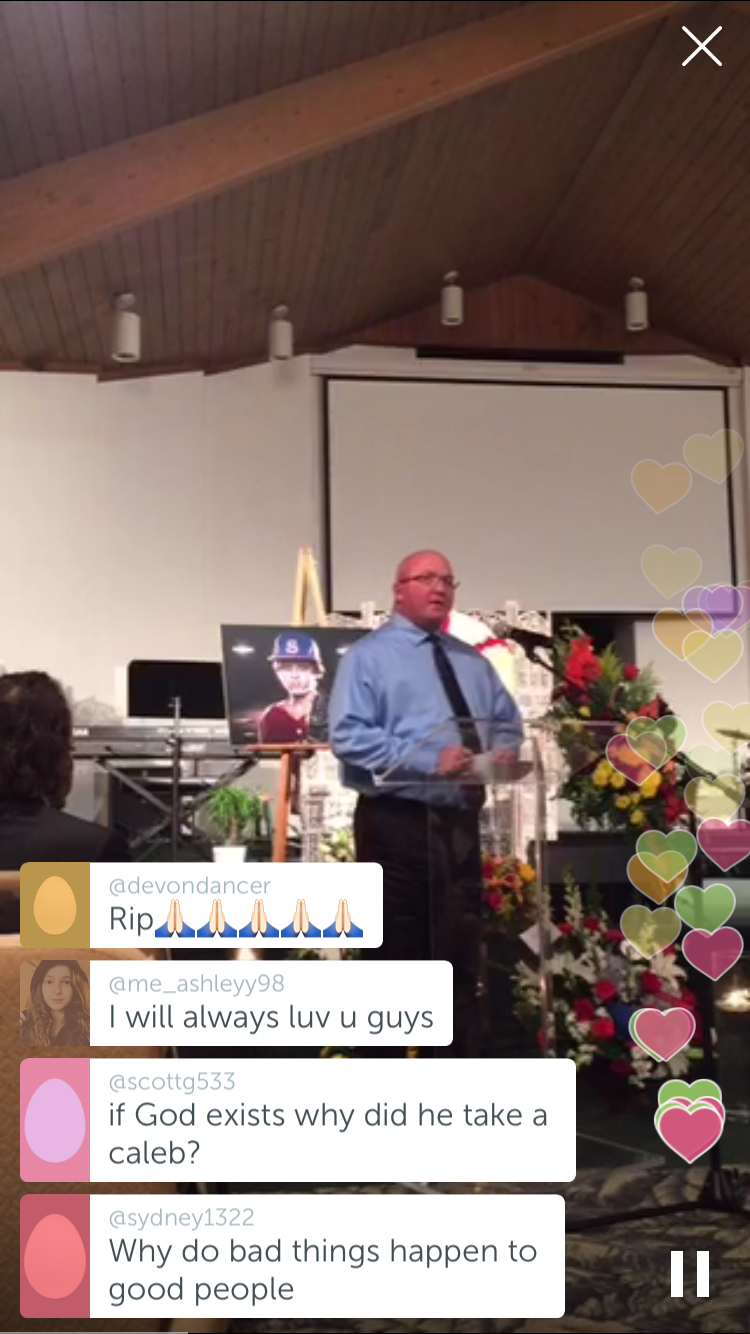 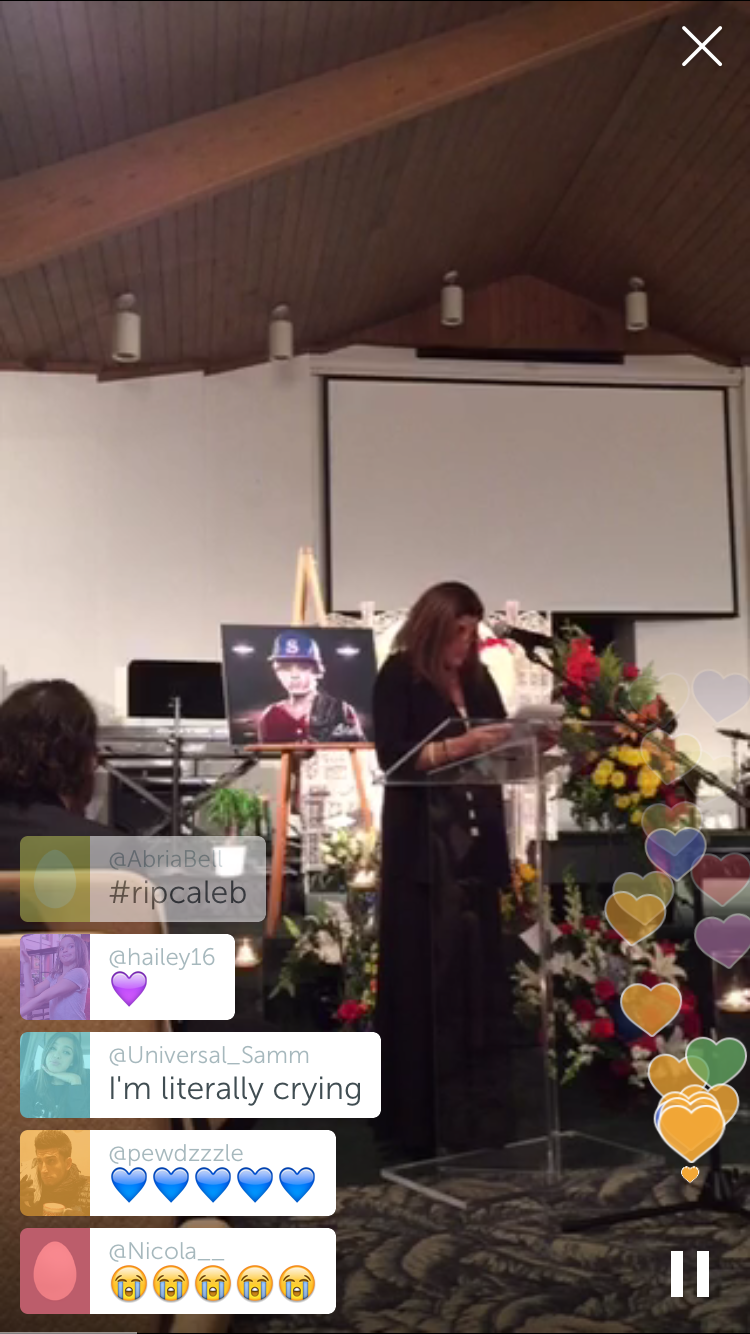 For the uninitiated, which is to say anyone who is not under the age of 14 or currently raising a Gen Z-er, Caleb is one of the three children featured on Bratayley, a quasi-reality YouTube channel, and a family pseudonym that has been posting daily family videos since 2010. Since then they have amassed 1.7 million YouTube subscribers and 1.3 million Instagram followers combined from all three family accounts. The Bratayley children are also represented by the Disney Maker Studio digital media network.

Yesterday at 7:08PM Caleb Logan Bratayley passed away of natural causes. This has come as a shock to all of us. Words cannot describe how much we will miss him. His incredibly funny, loving and wonderful spirit made us all fall in love with him as a YouTuber, friend, brother and son. We know you tune in to watch each day and eagerly anticipate new videos, but ask that you bear with us while we deal with this tragedy as a family. Please help us honor our, baked potato.

A photo posted by Annie Hayley Caleb Bratayley (@officiallybratayley) on Oct 2, 2015 at 4:58am PDT

im doing this to support caleb’s family and friends.. Are you? tag me in your picture

Fans also posted YouTube videos documenting their investigations into the validity of the claims, broadcasting their reactions and sharing montages of their favorite Caleb moments. But to truly understand how children are mourning Caleb’s death, Vocativ analyzed the comments under each memorial video and photo. They read like a waterfall of raw nerves displaying every stage of grief—denial, anger, bargaining, depression and acceptance.

But in the outpouring of emotions there are also many examples of children consoling each other. 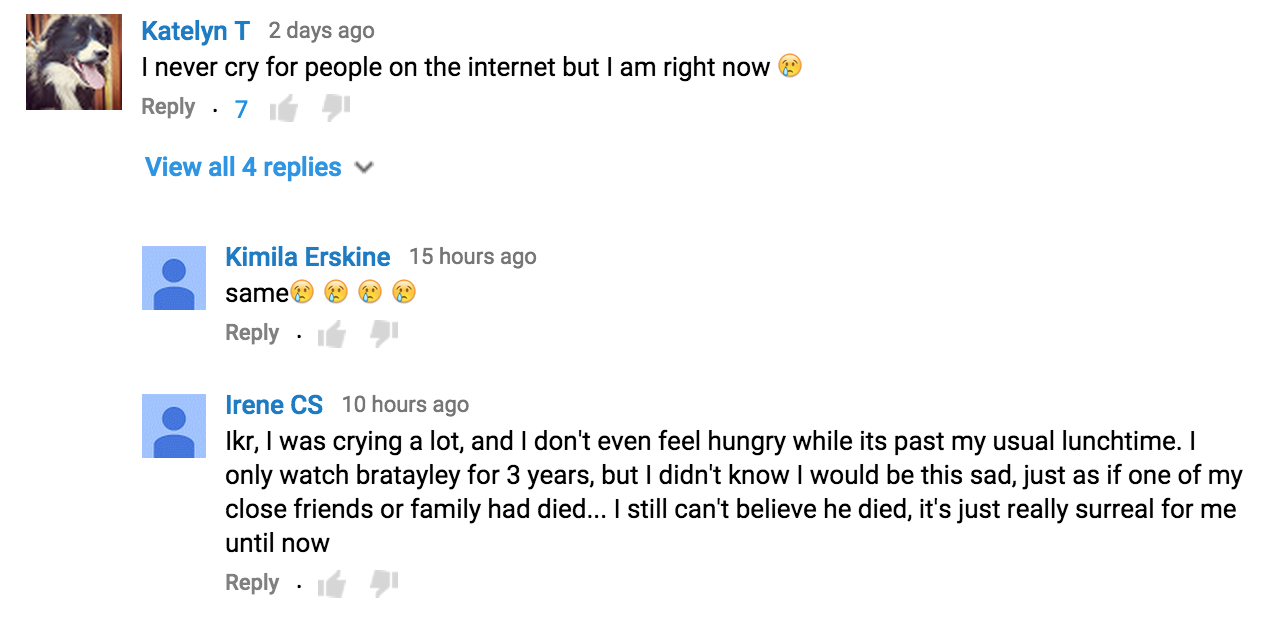 These conversations are just an online version of what grief counselors typically try to facilitate when children are coping with the death of a loved one. “Kids become therapists for each other. And kids listen to kids more than adults,” says Dave Joswick, executive director of the grief organization New Hope For Kids. “And if you’re livestreaming a funeral, I think that’s a positive. It allows kids to come to the realization that along with life there’s death and it happens to all kinds of people, young and old.”

Most crisis intervention counselors would agree. But past generations usually prevented children from experiencing the emotional fallout after a death.

“Kids become therapists for each other. And kids listen to kids more than adults.” — Dave Joswick, executive director at New Hope For Kids

In his 1967 book Explaining Death to Children, Earl A. Grollman, a top expert on grief counseling wrote that in the 1930s, most people thought children couldn’t comprehend death, but he was beginning to see parents grieving in front of children, adding “We try to avoid fairy tales and half-truths.”

Nearly 50 years later, it is virtually impossible for parents to prevent their children from experiencing the grief of a real-life end to a half-truth life. While Caleb’s life was slightly fictionalized on YouTube, his unexpected death by natural causes has been confirmed by local police. And though many YouTube commenters questioned whether or not the family is exploiting Caleb’s death, some grief experts believe a public memorial is an appropriate way to help fans mourn a public individual.

Should parents livestream their child’s funeral?

“I think this is mostly positive because at least they have some way to punctuate the life of this boy that they have identified with, whether it was a persona, acting or real,” says Donna Schuurman, executive director of the Dougy Center for Grieving Children and Families. “I think we need rituals. Rituals make it more real and it’s good to grieve with a community, even if that community is online.”

Just as relationships and interactions have evolved with social media, public grieving has too. When public figures like Princess Diana and Michael Jackson died, the public watched their funerals through the same medium that it witnessed much their lives. Perhaps Twitter and Facebook are a fitting venue for the memorial of a boy who connected with his fans through both platforms.

“We have to keep in mind that this generation grew up expressing themselves through technology. People are upset with funeral selfies. People have grown up taking pictures of themselves at the Grand Canyon. Why not do it at their grandmother’s funeral?” Schuurman says. “For many kids this will be the first time they’ve been to a funeral.”