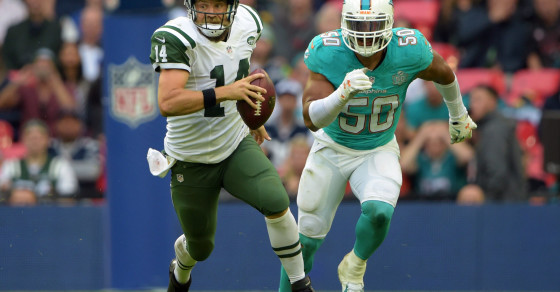 The Two U.S. Sports Teams Worth More Than $3 Billion
By Sarah Lynch

The Two U.S. Sports Teams Worth More Than $3 Billion

They're not the New York Knicks or the Boston Red Sox. 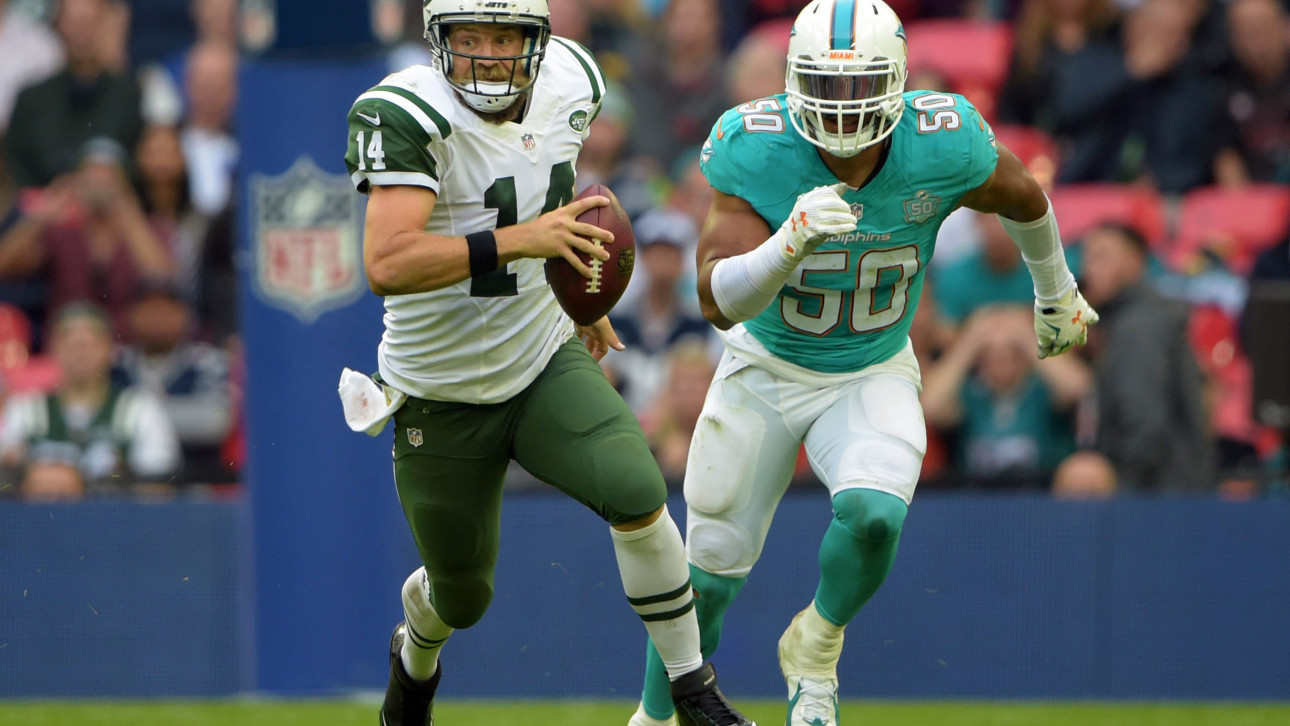 The Dallas Cowboys and the New York Yankees are the most valuable sports teams in America this year, each worth a whopping $3.2 billion.

A new visual by Dadaviz that pulled numbers from a July Forbes report shows just how rich they are, and where they rank on a global scale of teams that are worth a fortune. Worldwide, soccer teams account for three of the five most valuable, with Real Madrid—at $3.26 billion—leading the way.

Barcelona and Manchester United round out the top five, followed by a trailing Los Angeles Lakers, in sixth place.

Last on the list are the Tennessee Titans, Atlanta Braves, Dallas Mavericks and Minnesota Vikings—all valued at just over a billion bucks. 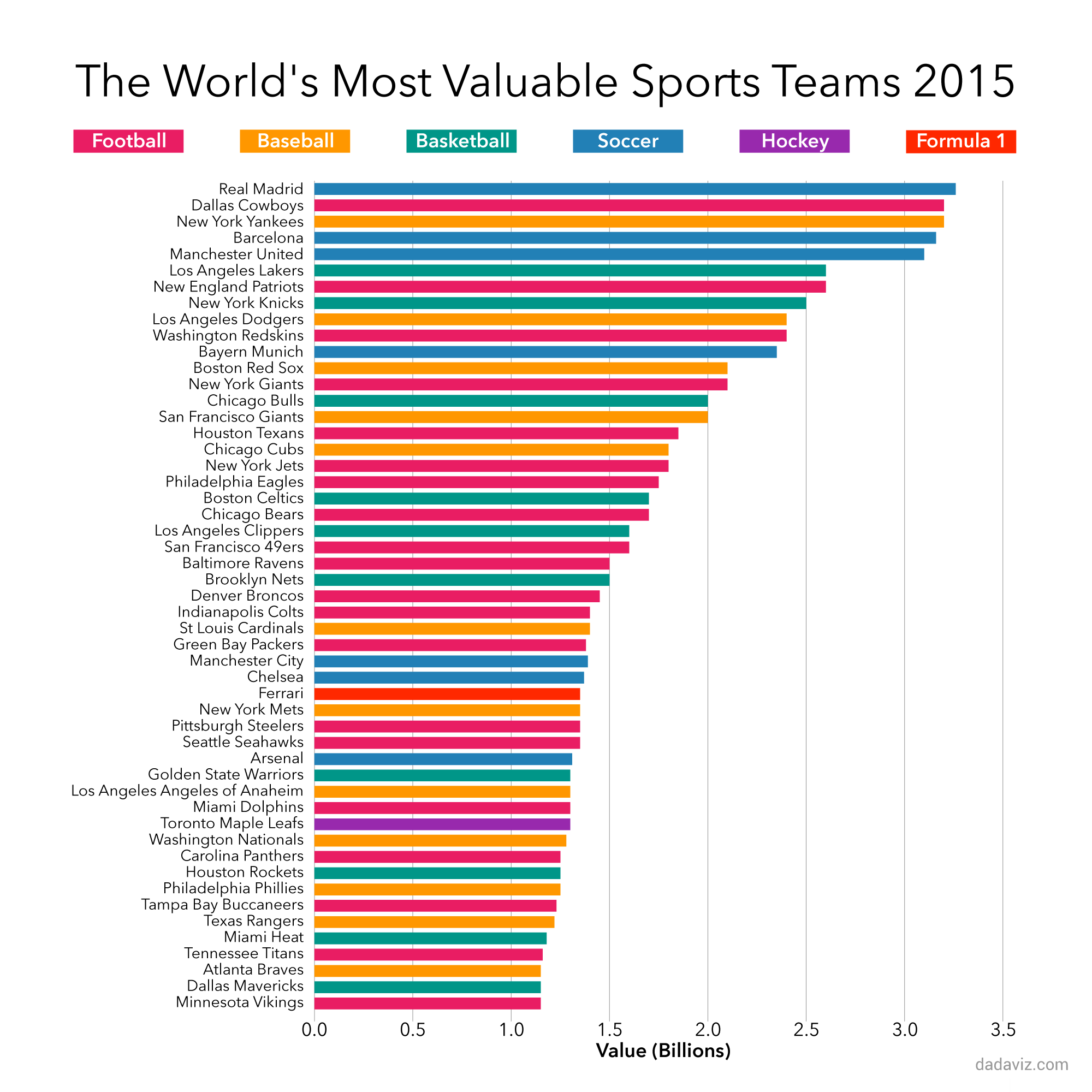