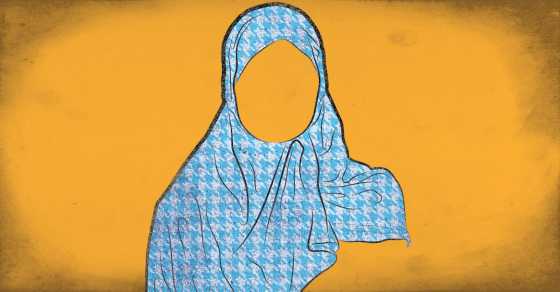 Zero Post: Pulling Back The Veil On “No Hijab Day”
By Kat Lapelosa

Zero Post: Pulling Back The Veil On “No Hijab Day”

The hashtag has roots that trace back to 2013, when discussion about forgoing the hijab for a day began to surface. 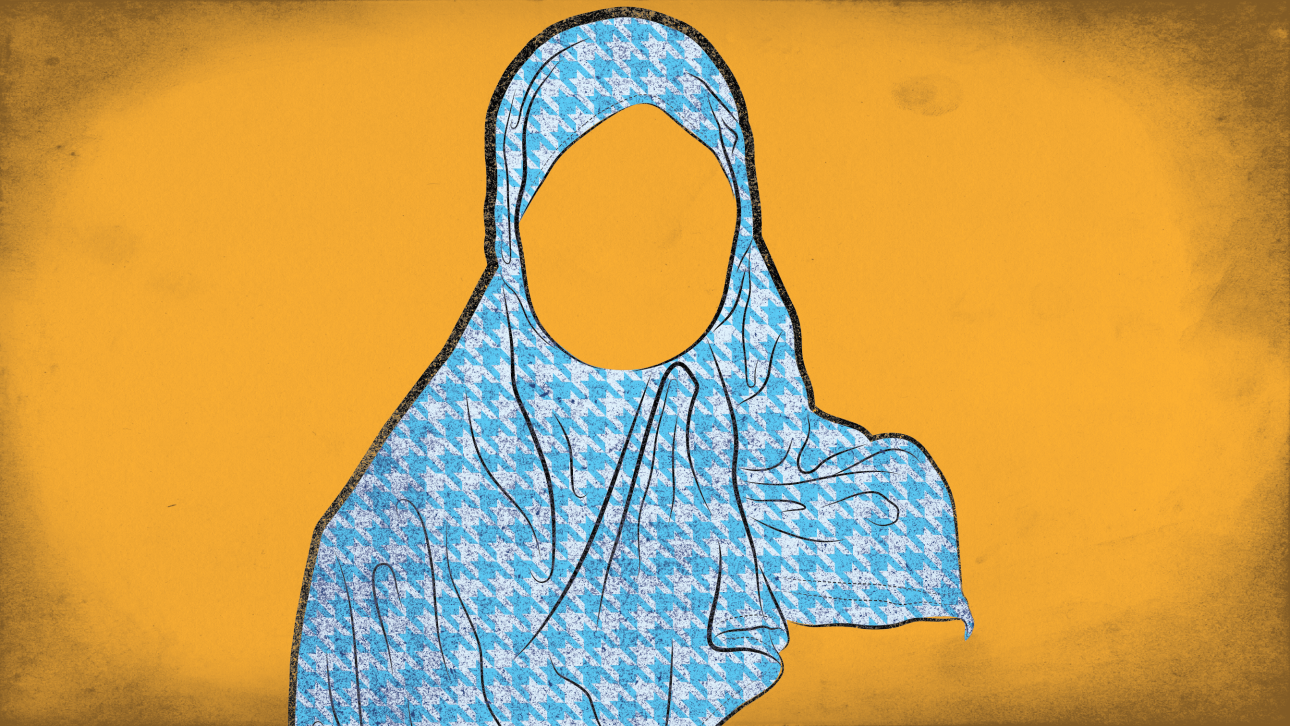 Dania Daoud appears in her Twitter avatar wearing a plain, lavender-colored hijab. She has a gentle gaze and a soft smile, and her bio reads “only you are in charge of your happiness.”

Daoud, who goes by the handle @dailydania, began wearing a hijab three and a half years ago. The switch was a personal as well as spiritual, she said.

“I feel and agree with my religion when it teaches that a women’s body is sacred and shouldn’t be shown off,” she told Vocativ. “It has boosted my confidence, and has shown me that I’m more than my beauty. Covering what I thought was my beauty helped my true characteristics really standout.”

Online however, her choice to wear a hijab and express her faith is met with backlash — and in some cases, deeply racist commentary. She has raised her voice against the #NoHijabDay movement, a hashtag with roots that trace back to 2013 when discussion about forgoing the hijab for a day as an act of solidarity began to surface.

#NoHijabDay is direct oppression by trying to tell women who ALREADY ACCEPT the hijab how we feel about it. That's up to us.

The call-to-action takes place on October 11th, but promotion of the grassroots event has been controversial in the weeks leading up to it. The general consensus online is that the hashtag was started by Iranian women resisting Sharia law, according to Vocativ’s deep web analysis. The movement came about as a response to “World Hijab Day,” an event some consider to be fabricated by Islamists in an effort to uphold oppression and dominance in predominantly Muslim-practicing countries.

“Islamists were telling Muslims that hijab is an obligation under Islamic law, and telling non-Muslims that it is a ‘beautiful choice,’ and that they should wear hijab in solidarity,” said Twitter user @BasimaFaysal, who exchanged  direct messages with Vocativ. “This is an insult to all those women obliged to wear hijab under threat of rape, acid, imprisonment, beating, or imaginary hellfire.”

“Wearing hijab is a personal decision, it should be as simple as how non-Muslims wake up and decide what to wear that day. But people want to police it. There’s so much pressure from both sides to enforce putting it on or taking it off.” — Ayat Mneina

The hashtag has created an overwhelming amount of conversation on social media. Non-Muslims appear to rally around the hashtag, Hijab-wearing Muslim women are fighting it, and anti-Muslims are using it as a tool to promote hate. And some are trying to figure out why it’s a big deal in the first place.

Vocativ used its deep web technology to uncover some of the first mentions of #NoHijabDay on social media so we can analyze the online conversations that ensued. The hashtag exploded after @BasimaFaysal posted a tweet on September 23rd that amassed over 450 retweets, 303 favorites, and a rush of comments that continued to pour in well into October. The movement resurfaced thanks to @BasimaFaysal’s popular post and social chatter hit its peak on September 30th when over 12,000 tweets were posted with the #NoHijabDay hashtag.

More than 22,250 tweets and Instagram posts have surfaced from the past week alone. Using our geofencing capibilities, we discovered that Twitter posts from the Middle East seemed to reject the trend: They criticize Western discrimination against hijab-wearing women, while promoting a collection of selfies with women of all ages wearing their hjiabs with pride.

Iranian women have been exposing themselves, contrary to sharia. Don't forget #NoHijabDay is October 11, 2015. pic.twitter.com/MiLiAfyp2z

@BasimaFaysal, who is a not Muslim, and does not wear a hijab, was able to trace #NoHijabDay back to 2013, making it the first post to spark a social media movement that has divided the online community.

If #WorldHijabDay highlights harassment faced by hijabis, then let's also have #NoHijabDay for those #Muslim women harassed 4 not wearing it

The campaign’s original intention has long since been overshadowed by the heated debate over the significance of the hijab, a veil that covers the head and chest and is typically worn by Muslim women as a symbol of modesty. The conversation ceased to be about legal rights and Muslim culture, and was refocused around the “victim” stereotype depicting women as the oppressed. An estimated 15.8 percent of the tweets were about female oppression, according to Vocativ’s analysis.

Hashtag “hijacking” by feminists have brought a wave of criticism from hijab-wearing women across social media. Vocativ’s findings show that 16 percent of all the posts included the term “white feminist.”

“#NoHijabDay was hijacked by hateful bigots and white feminists,” user @lunarnomad wrote in a tweet. “It was made by Iranian women to challenge an oppressive regime.” A thread attached to her tweet proceeds to explain hijab culture and includes conversations with those challenging it.

this HT #NoHijabDay was hijacked by hateful bigots and white feminists. It was made by Iranian women challenged an oppressive regime

“Listen white people,” another user @bruceyoucxnt posted. “You can continue this hashtag for another 364 days. My hijab isn’t coming off.”

#NoHijabDay I do not wear it for you. I wear it for Allah. Take your patronising invitation elsewhere.

Ayat Mneina, who goes by @AMneina on Twitter, recently stopped wearing her hijab after nine years. Like many Muslim women, she made the choice to wear it based on her own religious exploration, rather than what her community imposed upon her.

“Growing up in Canada, wearing a hijab was not popular,” she told Vocativ in an interview. “In high school I became interested in exploring my religion, questioning it. I wanted a way to express my identity and represent it. This was post 9/11, and I wanted to give the world a different impression of Muslim culture.”

Wearing a hijab “felt normal” under most circumstances, she said, and eventually the veil became more mainstream within her community. Mneina said her hijab has not given her much trouble in terms of discrimination, but she admitted that it shaped the way people interact with her.

“People looked at me differently based on the hijab,” she said. “Once they got to know me, their perceptions changed, but it raised the point that there is some serious miseducation about Islam. ‘Oh, you’re nice, you’re harmless,’ they’d say. ‘Who made you wear it? You must be so complacent and quiet.’ I wanted them to know that this was a representation of my religion, and that they should learn about it.”

Any experiences I've had wearing #Hijab where someone comments or decides to act upon their Islamophobia, they are always driving. #coward

Mneina has a strong opinion about #NoHijabDay.  “It’s reaching ridiculous proportions,” she said. “Wearing hijab is a personal decision, it should be as simple as how non-Muslims wake up and decide what to wear that day. But people want to police it. There’s so much pressure from both sides to enforce putting it on or taking it off.”

She also noted that wearing a hijab can be trendy, just like any other article of clothing. “My mom has worn one since she graduated college in Libya. It was trendy in waves there — sometimes very popular, other times not as much. Right now it is very popular in my community, and I’m often asked why I don’t wear one as a result.”

Muslim women like Mneina who live in Western countries have been the target of criticism for wearing a hijab. Much of the hate tweets associated with the hashtag come from non-Muslim Twitter users who frequently publish prejudice posts that vilify Muslims. An Australian woman who goes by the handle @SydneyAtheist, and the name #NoHijabDay on Twitter challenged Muslims to “prove” that wearing a hijab is really a choice by taking it off on October 11th. Her tweet came with a photo that was one of the most frequently circulated memes associated with the #NoHijabDay hashtag.

Shut those INFIDELS up permanently & PROVE that wearing your hijab is a choice!! Don't wear it on #NoHijabDay #11Oct pic.twitter.com/Q0X30eA19k

Commentary is expected to peak on October 11th, and has even garnered responses from male Twitter users on both sides. Counter tags such as #WearAHijabDay and #HijabAppreciationDay have also surfaced.

Girls who remove #Hijab feel naked 4 a few days then it become normal. #experience #NoHijabDay it's an amazing feeling to be free from chain