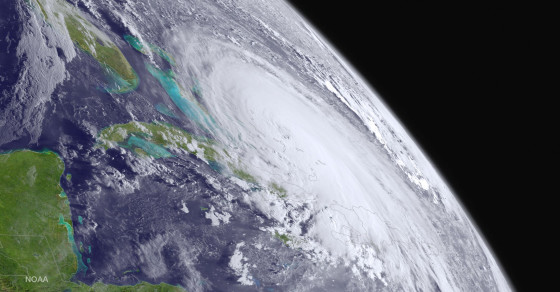 A Brief History Of Hurricane Hunting
By Jennings Brown

A Brief History Of Hurricane Hunting

Meteorologists have developed an intricate, life-saving system of hurricane tracking technology over 142 years.

The 2015 Hurricane season has kicked into gear with the Category-4 Hurricane Joaquin taking aim at America on Thursday. The storm continued barreling towards the East Coast, causing Virginia and New Jersey to declare a state of emergency in anticipation. That anticipation, though, is a relatively new thing.

Meteorologists are tracking the storm using supercomputers that make hundreds of trillions of calculations per second, and networks that connect technology in the sea, atmosphere and outer space. It’s an intricate, life-saving system we’ve been developing since a Jesuit priest first tracked a hurricane, 142 years ago.