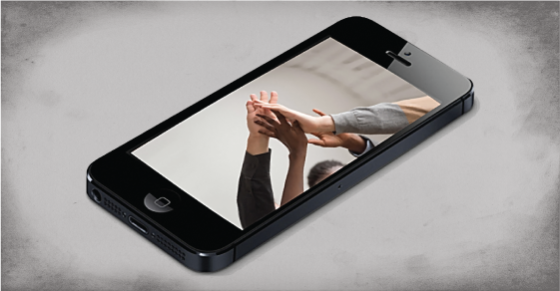 Instant Christ's creator wants it to become the Facebook for Christians

Earlier this year, the Mercedes-Benz finance manager prayed for an opportunity to change the world. A few weeks later he was in his office when a client brought up his faith; the pair prayed together and Cyprian didn’t think much of it until the following month when he got a call from the man, who told him he had received a message from God—a very specific message.

“Donald,” the client told him, “I was cleaning my house and the holy spirit spoke to me about you… He wants to connect the body of Christ worldwide through your hands and he wants a social media platform to be called Instant Christ.”

Instant Christ is the latest in a series of new apps that caters to those with religious needs not being met by mainstream social media. In April, a Kickstarter was launched to help fund Musallah, an app to help Muslims in New York locate mosques, synagogues, churches and businesses that provide a safe space to pray. Last month, popular Jewish YouTube channel Torah Channel launched their own app that curates Jewish videos that are “clean for the eyes and ears.” Others, like Instant Christ, mimic existing sites like Facebook but are tailored specifically to people of faith.

After receiving the phone call from his client, Cyprian, who has no previous developer experience, spent the next seven months working on his app—which was launched on Wednesday. It works by connecting users to people who are willing to send messages of support during a tough time. Users can even upload audio messages of prayer.

“Instant Christ is the only social media platform where people can respond back with audio and post it underneath that same person’s timeline,” he said. “Because it’s one thing to say I’m going to pray for you, but it’s another thing to be able to click the play button and actually hear someone pray for you.”

The app's interface in action.

The app allows users to tailor their prayer circle by individual people, friend networks, or by hashtag so anyone in the world who is signed up can join in. Cyprian plans to roll out new features in coming weeks, including video capabilities so people can see you pray. The main point, he says, is to offer instant support to those who need it.

“Let’s say a person is going through a bad time, their husband or wife left them and they’re home all alone and that person’s on the verge of committing suicide,” he said. “Who does that person have to reach out to at two o’clock or three o’clock in the morning?”

When asked how his app differs from Facebook or other social platforms, Cyprian says it aims to provide a safe haven amid a culture of fear, where people of faith are too nervous to share their Christian views on sites in case others ridicule them; not to mention the potential to come across nudity or other allegedly un-Christian content.

“It’s basically a Facebook for Christians in a safe environment, because if you’re on Facebook you’re liable to get anything on your timeline. It’s very distracting to a believer when you’re trying to walk in the spiritual realm,” he said. “When you’re going through something you want to know that you’re fishing in the right ocean.”

“God wants marriage because it’s easier to live holy in marriage than it is to live holy when single because of the desires of the flesh,” he said. “We won’t discourage that whatsoever.”